Why do Neural Networks Need an Activation Function? Whenever you see a Neural Network’s architecture for the first time, one of the first things you’ll notice is they have a lot of interconnected layers.

Each layer in a Neural Network has an activation function, but why are they necessary? And why are they so important? Learn the answer here.

What are activation functions?

To answer the question of what Activation Functions are, let’s first take a step back and answer a bigger one: What is a Neural Network?

What are Neural Networks?

A Neural Network is a Machine Learning model that, given certain input and output vectors, will try to “fit” the outputs to the inputs.

What this means is, given a set of observed instances with certain values we wish to predict, and some data we have on each instance, it will try to generalize those data so that it can predict the values correctly for new instances of the problem.

As an example, we may be designing an image classifier (typically with a Convolutional Neural Network). Here, the inputs are a vector of pixels. The output could be a numerical class label (for instance, 1 for dogs, 0 for cats).

This would train a Neural Network to predict whether an image contains a cat or a dog.

Coming up with a mathematical function that did that by hand would be impossible. For a human.

So what we did is invent a Machine that finds that function for us.

But you may have seen this picture many times, recognize it for a Neural Network, and still not know exactly what it represents.

Here, each circle represents a neuron in our Neural Network, and the vertically aligned neurons represent each layer.

How do Neural Networks work?

A neuron is just a mathematical function, that takes inputs (the outputs of the neurons pointing to it) and returns outputs.

These outputs serve as inputs for the next layer, and so on until we get to the final, output layer, which is the actual value we return.

There is an input layer, where each neuron will simply return the corresponding value in the inputs vector.

For each set of inputs, the Neural Network’s goal is to make each of its outputs as close as possible to the actual expected values.

Again, think back at the example of the image classifier.

If we take 100x100px pictures of animals as inputs, then our input layer will have 30000 neurons. That’s 10000 for all the pixels, times three since a pixel is already a triple vector (RGB values).

We will then run the inputs through each layer. We get a new vector as each layer’s output, feed it to the next layer as inputs, and so on.

Each neuron in a layer will return a single value, so a layer’s output vector will have as many dimensions as the layer has neurons.

So, which value will a neuron return, given some inputs?

What does a Neuron do?

A neuron will take an input vector, and do three things to it:

And we finally got to the core of our business: that’s what activation functions do.

We’ll typically use non-linear functions as activation functions. This is because the linear part is already handled by the previously applied product and addition.

What are the most commonly used activation functions?

I’m saying non-linear functions and it sounds logic enough, but what are the typical, commonly used activation functions?

Of all the activation functions, this is the one that’s most similar to a linear one:

This means all negative values will become 0, while the rest of the values just stay as they are. 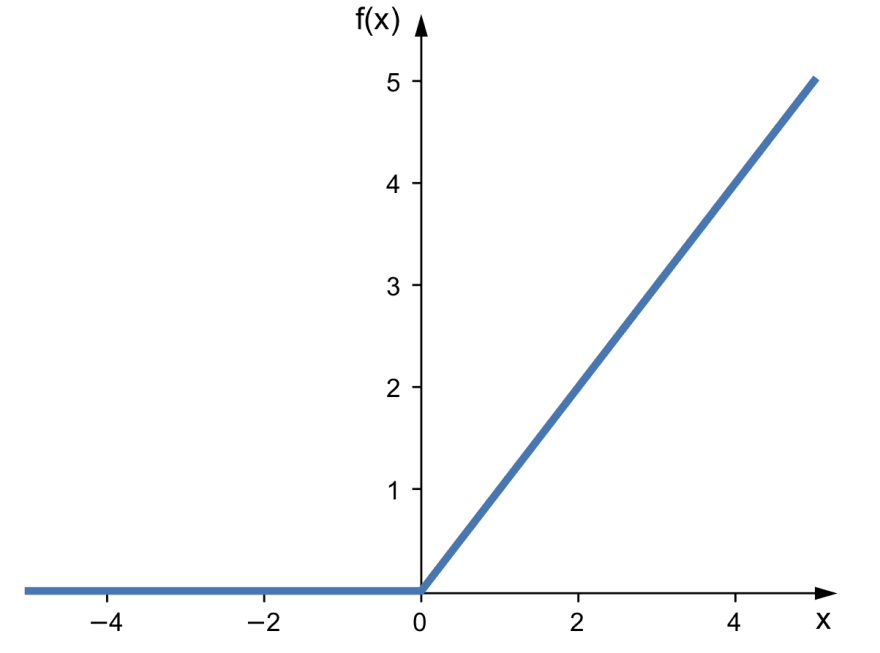 This is a biologically inspired function, since neurons in a brain will either “fire” (return a positive value) or not (return 0).

Notice how combined with a bias, this actually filters out any value beneath a certain threshold.

Suppose our bias had a value of -b. Any input value lower than b, after adding the bias will become negative. This turns to a 0 after applying ReLU to it.

The sigmoid function takes any real number as input, and returns a value between 0 and 1. Since it is continuous, it effectively “smushes” values:

The same happens in the negative direction, except there it converges to 0.

Here’s the mathematical formula for the sigmoid function.

It is also symmetrical, and has a value of 1/2 when its input is 0. 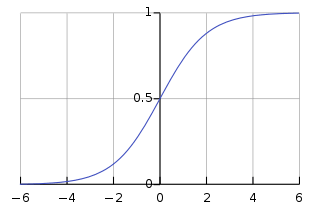 Since it takes values between 0 and 1, this function is extremely useful as an output if you want to model a probability.

It’s also helpful if you wish to apply a “filter” to partially keep a certain value (like in an LSTM’s forget gate).

Why do Neural Networks Need an Activation Function?

We’ve already talked about the applications some different activation functions have, in different cases.

Some let a signal through or obstruct it, others filter its intensity. There’s even the tanh activation function: instead of filtering, it turns its input into either a negative or positive value.

But what why do our Neural Networks need Activation Functions? What would happen if we didn’t use them?

I found the explanation for this question in Yoshua Bengio’s awesome Deep Learning book, and I think it’s perfectly explained there.

We could, instead of composing our linear transformations with non-linear functions, make each neuron simply return their result (effectively composing them with the identity instead).

But then all of our layers would simply stack one affine (product plus addition) transformation after another. Each layer would simply add a vector product, and vector addition, to the previous one.

Effectively, this whole “Neural Network” where all activation functions have been replaced by the identity would be nothing more than a vector product and a bias addition.

There are many problems a linear transformation can’t solve, so we would effectively be shrinking the quantity of functions our model could estimate.

As a very simple but earthshaking example, consider the XOR operator. 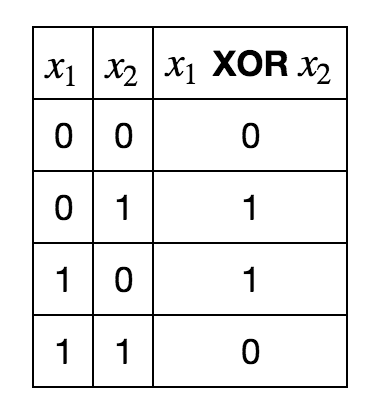 Try to find a two-element vector, plus a bias that can take x1 and x2, and turn them into x1 XOR x2. Go ahead, I’ll wait.

Exactly, you can’t. nobody can. However, consider 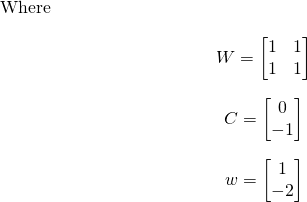 If you work the math, you’ll see this has the desired output for each possible combination of 1 and 0.

And it’s learned a problem a linear model could never have learned.

I hope after this explanation, you now have a better understanding of why Neural Networks need an Activation Function.

In future articles, I may cover other Activation Functions and their uses, like SoftMax and the controversial Cos.

So what do you think? Did you learn anything from this article? Did you find it interesting? Was the math off?

Feel free to contact me on Twitter, Medium or dev.to for anything you want to say or ask to me!

Thanks for keeping DEV Community safe. Here is what you can do to flag strikingloo: