This is also available as a full blog post with videos.

After 5 months of building, we're releasing one of our most anticipated features: Supabase Auth.

This month, we're ecstatic to announce a feature we think you'll love: Supabase Auth. It's too big to fit into a monthly update so look out for a full update in the next few days.

We want to make it easy to add Auth to your own apps, so we've released a simple example and a video tutorial which shows you how to implement a basic auth system using PostgreSQL's Row Level Security.

We've made some massive improvements to our Table Editor that we're excited to share.

Last month we made it easy to drill into your table relationships. This month, we make it possible to drill multiple levels deep. 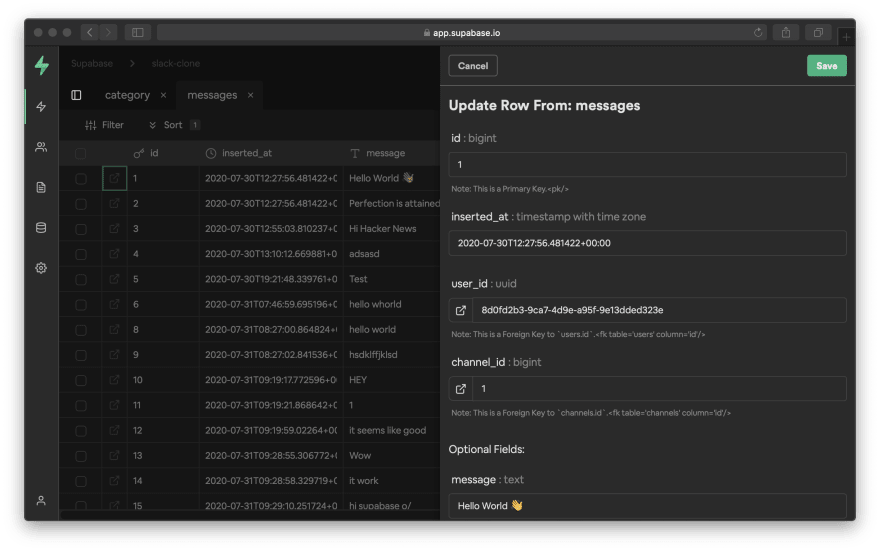 We're making it easier to manipulate your data. Next month, you'll be able to add and remove columns directly from the Table view. 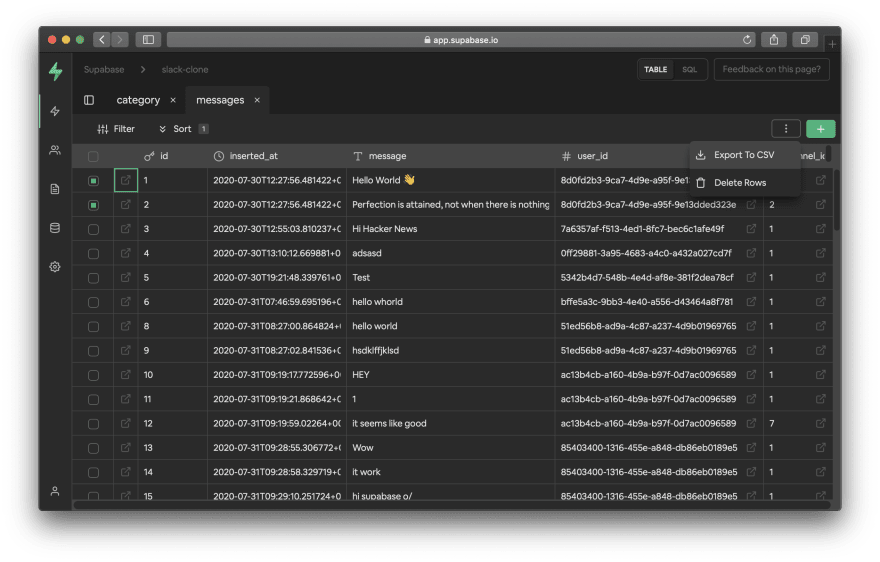 If you launch a new Supabase project, you'll have access to several new Postgres extensions:

We have a number of small improvements: