What is React Hooks?

There are many Hooks. Two of the most commonly used are State Hook and Effect Hook. In this post, we will be taking a look at the Effect Hook.

What is Effect Hook?

If you have used class-based components in react then you might be knowing about the Lifecycle events like componentDidMount, componentDidUpdate, and componentWillUnmount. The Effect Hook, useEffect, serves the same purpose as these but unified into a single API.

How to use Effect Hook?

Now we will be using the mighty Effect Hook.

Calling on every render

This function will be called on every render of the component.

This function will be called when the component will be mounted.

This function will be called when the value count changes.

Calling and Cleaning up on every render

This function will be called on every render of the component and perform the cleanup.

Calling on Mount and cleanup before Unmount

Some rules of useEffect

And don't break the rules, if you will then you will be in great trouble and may get into infinity loops. 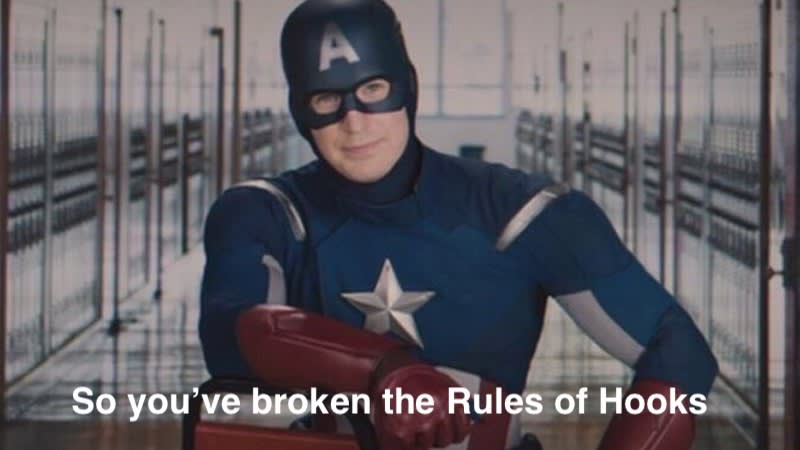 I hope this helped you with understanding useEffect!
Thanks for reading!
Happy Coding!

Updates from the 93rd TC39 meeting

Once suspended, swapnadeepmohapatra will not be able to comment or publish posts until their suspension is removed.

Once unsuspended, swapnadeepmohapatra will be able to comment and publish posts again.

Once unpublished, all posts by swapnadeepmohapatra will become hidden and only accessible to themselves.

If swapnadeepmohapatra is not suspended, they can still re-publish their posts from their dashboard.

Once unpublished, this post will become invisible to the public and only accessible to Swapnadeep Mohapatra.

Thanks for keeping DEV Community 👩‍💻👨‍💻 safe. Here is what you can do to flag swapnadeepmohapatra:

Unflagging swapnadeepmohapatra will restore default visibility to their posts.