Moving VB6, WinForms, or other legacy applications to the web can be hard and expensive: evaluating current web technologies, considering the timelines, and worst of all, rewriting the code from scratch. We understand this struggle, and that’s why Wisej was born. Taking the convenience of WinForms and integrating your favorite Syncfusion components, we’ve been able to bring a familiar desktop development experience to the web.

Wisej has integrated Syncfusion’s entire JavaScript control library to provide developers with an easy way to upgrade from WinForms to the web. If you’re using WinForms, you can keep your existing business logic, familiar UI designs, and existing Syncfusion controls. If you’re a developer working on a new project, you have the opportunity to leverage the scalability, flexibility, and security that the Wisej platform offers. 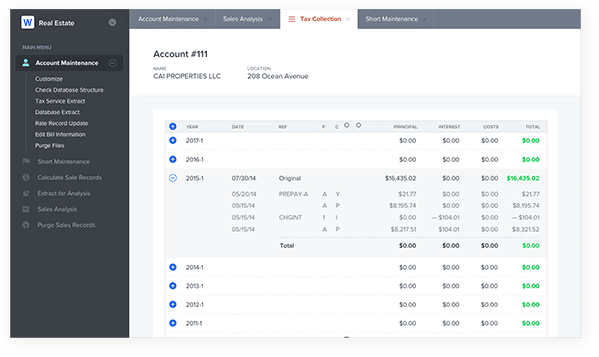 Wisej is a single-page application (SPA) framework based on .NET for C# and VB.NET. Wisej emphasizes the best of both worlds of WinForms and the web by taking controls that have a familiar look and feel to WinForms and bringing them to the web. Thanks to Syncfusion and Wisej integration, you don’t need to rewrite complex business applications from scratch with a foreign web technology. You can migrate your existing WinForms business logic to Wisej without major changes in the code base.

The best part of using Wisej? You don’t have to touch any HTML, JavaScript, or CSS (if you don’t want to). Wisej has wrapped a full control set spanning from simple buttons, combo boxes, and text boxes to more complex controls like data grids and data repeaters. All the desktop-based Syncfusion controls will become brand new Syncfusion web widgets with a very similar look and feel to their desktop counterparts. It’s as easy as picking a control from the Visual Studio Toolbox and dropping it on the page.

With Wisej, there’s no more worrying about integrating stylesheets in your application; the styling is done using the Wisej Theme Builder and loaded into your project automatically. The Theme Builder allows you to customize the look and feel of all Wisej controls. You can use one of Wisej’s 10 predesigned themes mentioned at https://wisej.com/themes/ or your own custom theme. Once you choose your theme, you can test it in real time using the URL of any active Wisej application. If the Theme Builder isn’t enough for your styling needs, every control in Wisej has a CssStyle attribute that lets you configure optional CSS for that control.

While no JavaScript programming is required, it can be useful for integrating third-party libraries. Wisej includes a set of extensions including Google Maps, FullCalendar, and speech recognition. Wisej also includes the entire Syncfusion control library as part of its integration for the Technology Partner program. If another control is needed that is not featured in the Toolbox, the Wisej Widget control is able to wrap any third-party JavaScript control.

Integration is crucial to keeping up with the ever-changing demands of clients. Wisej can be deployed on premises, on the cloud, on a desktop, and on mobile devices. No matter what kinds of devices your clients are running, Syncfusion + Wisej has them covered.

The Wisej mobile platform gives web developers the power to design applications for mobile without touching the native mobile code. Developers can leverage the native functionality of the device, including but not limited to biometric authentication, haptic feedback, screen brightness, native alerts, toolbars, and tab bars! Change these properties on the fly in Wisej using commands as simple as the following.

Using Wisej’s responsive profiles, developers can create a custom look and feel for any kind of device with just a few clicks.

For developers who want to retain their application for desktop, Wisej offers self-hosting through an OWIN/Katana web server that runs as a process on the machine. The window’s frame is fully customizable and doesn’t require an internet connection to operate. The application can leverage some native Windows functionality like the AlertBox. The full source code is provided to allow developers to work with authentication, logging, and directory browsing.

Working with Syncfusion controls in Wisej is easy. Want to change a CircularGauge background color? Use C# on the server as follows.

Handle the widget’s events on the server.

Companies all around the world have used Wisej to modernize their WinForms applications. Wisej is being used in many industries including agricultural, medical, construction, financial, and many more. From individual development teams to multi-billion-dollar corporations, Wisej excels in giving developers the tools they need to get the job done. Find out what others are saying about Wisej:

For consultation inquiries, send us an email at support AT wisej DOT com. Otherwise, to get started, head over to https://wisej.com/#buy and start a free 15-day trial!

Suresh is a Product Manager at Syncfusion and a technology enthusiast. He helps people follow best practices in coding and in using Syncfusion controls in their applications.

What is the most beautiful Linux distro?

Why You Do Not Have To Be A Super Developer