One of the skills that children need for success academically is the ability to program a computer or code, as this is frequently called. Learning to code assists other subjects, such as writing and mathematics.

In the past, people began learning to code at university; I learned after university. However, it has been noted that some of the most famous pioneers in the computing world such as Bill Gates, Steve Jobs and Mark Zuckerberg began learning to code at much younger years. Young brains are more pliable and able to readily adapt to the rigors of coding. 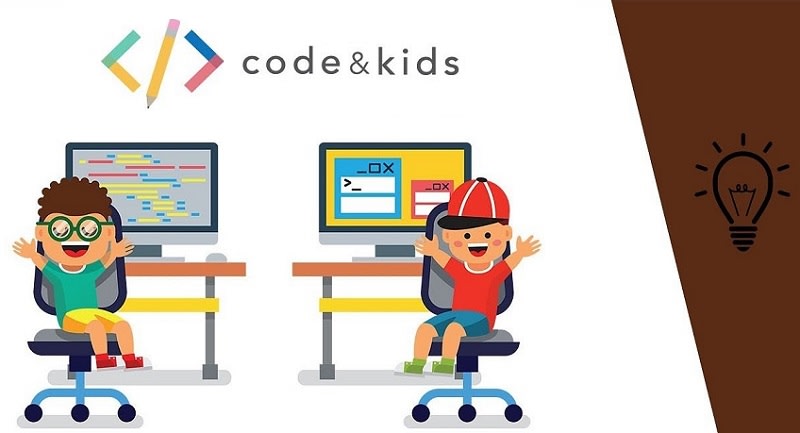 The demand for coding skills increases all the time to the extent that by 2020 there will be a shortfall in the USA alone of more than 1 million jobs that require coding skills. In our era of increasingly fast technological change, there is a great need for people to know how to use all the amazing things like computers, smartphones, tablets, drones, Alexa, IoT, robots, etc that we have in our society and learning to code greatly assists this.

“Parents are the first teachers for their children” says Jacob Quigley, a system operator at EssayPro.

How can kids learn to code?

If you go to your favorite search engine and type the title of this paragraph as your search then a lot of really good information comes up. Some of what follows came from the article, 20 resources.

One of the resources mentioned in this article is Hopscotch. What is this? It is an app that you download free. It is very good for teaching programming and is free. It can help even 7-year-olds to learn to code. Unfortunately, it is only available for Apple devices; there is no Android or online version.

Lightbot is a video game for teaching coding concepts for children as young as 4. Danny Yaroslavski, who learned to code when a kid himself developed it. Important concepts like sequence, conditionals and loops are introduced and used, without typing. Lightbot has been played many million times and has high ratings on both iTunes and Google Play store. Lightbot is an online Flash game, and also an app for Android and iOS mobile phones. Lightbot has been built with Flash and OpenFL. The app is not free but costs less than $10. There is very good documentation available, written by the creator.

In the early years of the computer age, the Logo programming language was devised, which proved its worth in introducing coding to many people. A friendly turtle introduced the basic concepts of programming step by step in a clever visual environment.

Children also learn how to use graphics, sound, and space in coding. The important ideas of commands, procedures, variables, loops, and conditionals are introduced. Move the Turtle encourages children to develop their own ideas and use their imagination.

Move the Turtle is available as an app for Android and iOS devices.

Scratch is a really clever method of teaching programming ideas using visual techniques. Scratch is the creation of the Lifelong Kindergarten Group at MIT (Massachusetts Institute Of Technology). It was originally created for kids of ages 8 to 17. However, as a means of teaching to code, Scratch is a wonderful introduction to programming for literally anyone wishing to learn to code.
Scratch teaches important programming concepts, such as variables, conditionals, and loops brilliantly.

However, it is not a powerful programming language. Scratch was not designed for serious work. Despite this, if you learn how to use Scratch then when you meet a language such as Go, Java, Python, JavaScript, Objective-C, or PHP, you will be much more confident.

If you need help with Scratch there is an abundance of resources about it on the web. One of the best can be found at the site. If you are planning to use Scratch this site is of exceptional value.

Sonic Pi is an intriguing approach that teaches programming through the process of creating sounds. It emphasizes creativity during learning and users are encouraged to develop their ideas involving sound.

Sonic Pi is directed towards introductory computer science. As it developed, it was aligned with the new UK computing curriculum. Sonic Pi resulted from a collaboration between scientists at the University of Cambridge in the UK and teachers. It has been a great success in many schools of all types there.

If you are interested you can refer to their official website where the Sonic Pi approach is recommended for children as young as nine.

If you visited the site just mentioned you will have seen reference to the Raspberry Pi.

The Raspberry Pi 3 is a very small, inexpensive computer, which plugs into a screen, and uses a normal keyboard and mouse. It is amazingly versatile and allows anyone to use many areas of modern technology. With the Pi, you can browse the Internet, you can build a great media center, use spreadsheets and word processing documents, and play a lot of games. You can program with it in many computer languages.

The Pi is particularly aligned with IoT [the Internet of Things], where the Internet joins the physical world. Many applications for the IoT have been developed using the Pi. New ones are springing up all the time.

The Raspberry Pi 3 is far more than a toy. It really is a fantastic way to learn about all sorts of computing ideas, including coding. As a gift for a child who is interested in computing, I strongly recommend it. You can purchase it from Amazon or a large number of merchants all over the world.

I hope I have convinced you as you read this article to get your children involved with coding.

There are some very clever ways of doing this and I have shown only a few, although Move the Turtle and Scratch are very good.

The Raspberry Pi provides a brilliant basis to develop your child's computing skills with and so enhance their life.

For people of any age, these are interesting, useful and powerful tools. There is no better way for your child to develop an understanding of this amazing technology which more and more is going to rule their lives. You will gain a lot as a parent by learning with them.

TechGlobeX
A Blogger who likes to share tech, marketing and business related stuff.
Everything You Need To Know About Mobile App Development
#mobile #programming #devops #android
The Dos and Don’ts of Creating an Online Gaming Website
#webdev #programming #gamedev
Why the Temperature in Your Office is More Influential than You Think
#productivity #motivation #psychology #career