I have been thinking about this project for a few weeks - ever since I was on the train back from RustConf. I did a tutorial on WASM and Rust. This One. I was inspired to dig more into using WASM (wasm? WAsm?).

When I was learning React, I made a reverse polish notation calculator (RPN). You can see that project here. It's ok. This project is a new attempt at that project, but seeking to improve the following:

As for these logs, the goal is to show how projects like this progress. It's not linear and I will make mistakes. I hope I can help others learn by making interesting mistakes.

I want to start off by just having an endpoint for deployment. I'm going with Azure to be on brand. I know how to deploy a Vue app to Azure -- it's a static website. I don't know if that changes with the added WASM. That is one of the questions this project will answer.

Before deployment, I will need at least something to deploy. Let's make a Vue app!

I want to keep all the code together nicely, but that always shifts around in the early stages of a project. I am debating having a directory called src at the root or calling it luka. I'm not sure which is clearer. Is the project the whole of the repository, including the log, etc, or is it just what is in the directory.

In the newly created src directory, run vue create . (I'll admit I had to Google it). I created this project with Babel, TS, PWA, CSS Pre-processors, and the Linter.

I have found TypeScript to save me so many times. I really enjoy using Vue and TS together.

PWA support is great if people ever one day want to put this on their phones. Who knows.

I am going to try and use class style syntax for this project. As for a CSS pre-processor, I'm using SCSS. If you are unfamiliar with SCSS, it compiles into CSS, but allows for a larger feature-set and can reduce the amount of styling you have to write manually. Here is a pretty good intro to SCSS.

Once the app is generated, I can open it up in a browser with npm run serve. 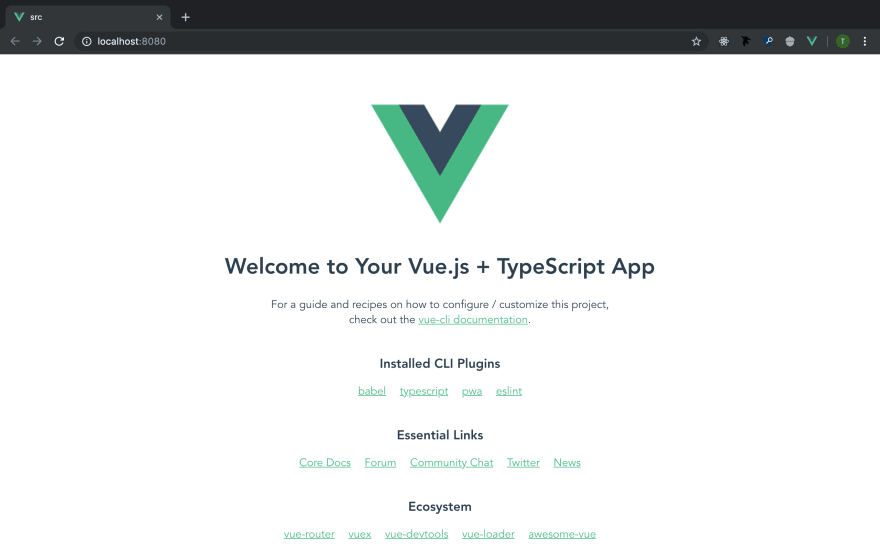 Now that I look at it. I feel silly that there is a src directory within my src directory. Maybe I shouldn't. I don't know. Things will probably move around before we're done.

I work on Azure. That's where I'm going to put this site. I'm just going to follow this tutorial to set it up. One difference between my implementation and his will be that I will be using the newer version of Azure Pipelines that uses YAML for config.

No matter how many times I do it, the first half-dozen builds/deploys I run are broken. I feel bad for those poor deployment agents. Spun up just to install Node dependencies and then fail. Sorry.

Once I cleared up some early errors, I bumped up against this one:

My YAML for the deploy action was:

I first thought the problem was arising because I wasn't using the local path. I was referencing a path that didn't exist. I found this by searching "Azure File Copy" and reading the docs to this point on the source. I found I need to use the variable $(Build.Repository.LocalPath) to correctly locate the files to copy.

Ok, so now I tried

That didn't fix it. In a comment on the tutorial post I found someone else having the same problem. If you:

What I should have done is created a new in the repo called "add-pipeline" and done all this troubleshooting there, then merged the working pipeline into "master". I didn't. I have learned for next project. At least there's no one else on this project I can annoy with this bad git hygiene.

Looking at the series of pipeline failures that led to this success, I feel this experiment has increased the entropy of the Universe already too much:

But at least I can now see that the files are uploaded to Azure:

Further evidence of success is found by visiting the public endpoint for the blob: https://lukarpn.z14.web.core.windows.net/. The site is live! 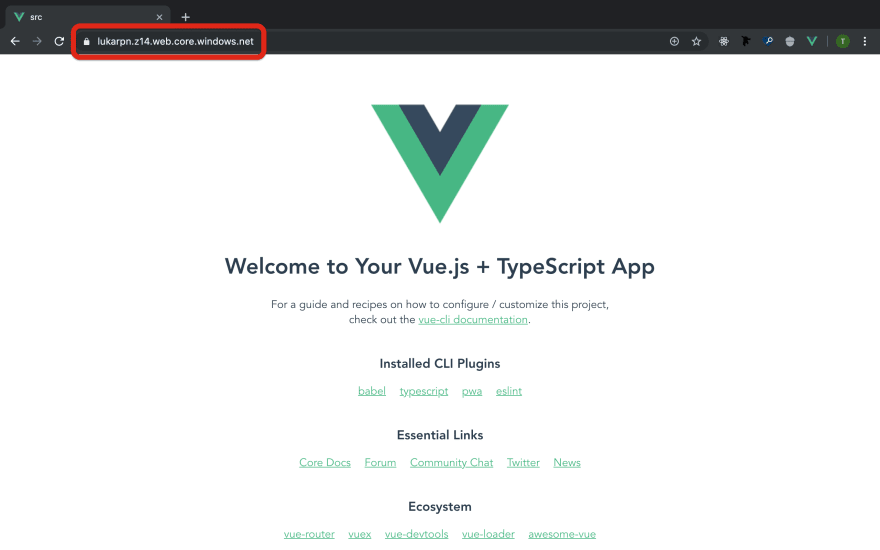 This is a fine starting point for the project. The next step is to develop a simple design, implement it in Vue, and create the backing Rust to support it.

haystack - your own google for scattered workplace knowledge