Web Development is one of the highest-paying careers today. According to the U.S. Bureau of Labor Statistics, web development provided employment to 174,300 developers in the US alone. Going forward, the industry is expected to grow 8% from 2019 to 2029, faster than most other occupations. With such increasing demand, peers are always in the search for valuable resources which don't burn a hole in their pocket. Keeping that in mind, I've compiled a list of 25 Awesome YouTube Channels to Learn Web Development for free! 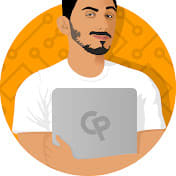 One of my favorite channels, Clever Programmer, founded by Rafeh Qazi offers one of the best courses on Web Development. From actionable insights to website clones and earning a 6 figure salary as a developer, this channel covers it all. Clever Programmer currently has over 956k subscribers with over 39 million views already. I definitely suggest you visit this channel once if you haven't already. 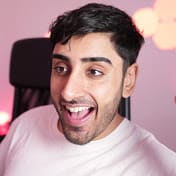 Sonny Sangha aka Papa React is one of the best mentors you could ask for. From being in the team of Clever Programmer and building a personal brand, Sonny has come a long time. Sonny builds amazing clones of websites such as Amazon, LinkedIn, Netlfix, live step by step. Sonny has recently started his own Youtube channel which has gained over 1 million views and 46k subscribers already. 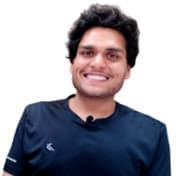 Akshay Saini's course Namaste Javascript is one of the best in-depth, conceptual, simple, and effective tutorials you'd ever find. I've personally seen students thanking Akshay for his amazing explanation which has improved their skills by bounds. Akshay currently has 94k subscribers with 3 million views on his Youtube channel. 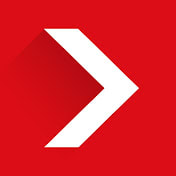 The New Boston is one of the biggest channels providing tons of free content on a plethora of topics. It has playlists for React, Angular, Node.js, ES6, Redux, Django, and more. The New Boston currently has 2.55 million subscribers and a whopping 479 million views! 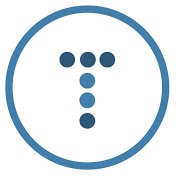 Traversy Media needs no introduction. As the about section reads, "Traversy Media features the best online web development and programming tutorials for all of the latest web technologies including Node.js, Angular 2, React.js, PHP, Rails, HTML, CSS and much more." Traversy Media currently has 1.53 million subscribers and 138 million views. 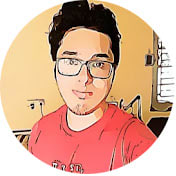 The saviour of Indian students, Haris Khan at his channel, Code with Harry teaches coding techniques to people in a short time which took him ages to learn. Harry has a Web Development Playlist consisting of over 100 videos that teach you web development from the basics to making an end to end responsive website. Code with Harry has 1.39 million subscribers and over 111 million views. 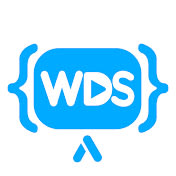 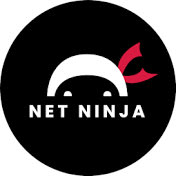 The Net Ninja has over 1k tutorials on topics such as Modern JavaScript (beginner to advanced), Node.js, React, Vue.js, Firebase, MongoDB, HTML & CSS, PHP & MySQL, Laravel, React Native, and Flutter. It is one of the channels that gain viewers by word of mouth communication. The Net Ninja has 717k subscribers and 83 million views overall. 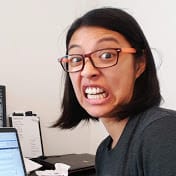 Jessica at Coder Coder, provides incredible practical tips on Web Development. She has a limited number of videos on her channel but has garnered 170k subscribers and 3 million views on her channel. Surely one to look for. 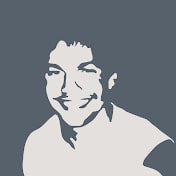 Corey Schafer is another guy who needs no introduction. You'll gain a ton of knowledge on Python, Git, Development Environments, Terminal Commands, SQL, Programming Terms, JavaScript, Computer Science Fundamentals among others. Corey has 776k subscribers and 57 million views on his channel right now. 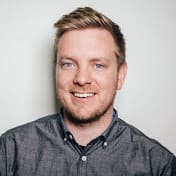 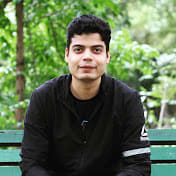 Tanay Pratap, a Microsoft engineer shares his knowledge on Web Development on his YouTube channel. He has amazing long tutorials on HTML, CSS, JS, Git, Hosting, and more. Tanay has over 23k subscribers and half a million views on his channel. 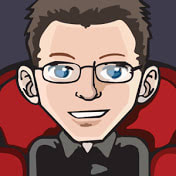 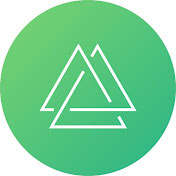 Jonas Schmedtmann might not have many videos but does provide a mini-course and an overview of what you'll learn in Web Development. If you just want to spend a day, getting started with Web Dev, try Jonas. Jonas currently holds 24.9k subscribers and 1 lakh views on his channel. 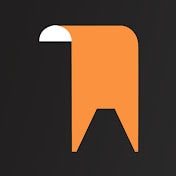 Max & Manuel at Academind creates courses and tutorials that teach you everything related to web development. No matter if it's programming languages like JavaScript, runtimes like NodeJS, or popular frameworks like ReactJS, Angular, or VueJS. They got you covered. Academind currently has 675k subscribers and 52 million plays already. 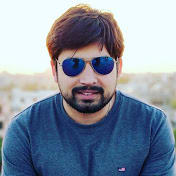 Hitesh Choudhary is a guy who creates content every single week, He covers a wide range of subjects like programming, new frameworks, open-source products, and more. He personally has a keen interest in topics like Javascript, Python, PHP, and Machine Learning. He also offers a MERN full stack development course for under 3$(₹ 199) Hitesh has over 633k subscribers and 37 million views on his channel. 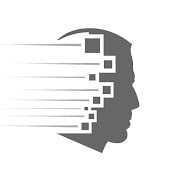 Adam Khoury at his channel helps to master technologies like JavaScript, PHP, SQL, HTML, CSS, ActionScript, and more. His videos are concise, conceptual, and effective. Adam currently has 197k subscribers to his channel and more than 32 million views overall. 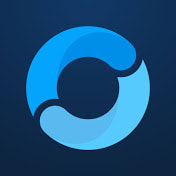 If you're someone who's a fan of PHP and Lavarel, Code Course is the channel for you. Code Course covers numerous concepts related to PHP, Lavarel, APIs, and more. It currently has 340k subscribers and more than 33 million views in total. 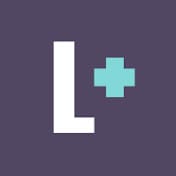 Scott Tolinski at his channel(formerly along with Ben Schaaf), LevelUpTuts provide high-quality content on Web Development. Their tutorials are aimed to be accessible and easy to follow while maintaining high production values. LevelUpTuts has 335k subscribers and 32 million views on its channel to date. 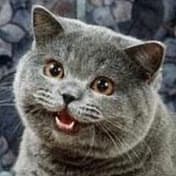 CS50 is Harvard University's introduction to the intellectual enterprises of computer science and the art of programming. It offers a free course on Web Programming with Python and Javascript where it covers where they cover concepts like Git, Flash, SQL, ORM, API, Javascript, Django, Scalability, and Security of websites. I highly recommend taking this course if you're a beginner and want to start the journey of web development with an excellent foundation. CS50 has 690k subscribers to its channel with 43 million views. 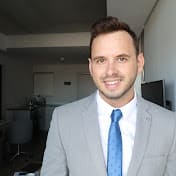 Quentin Watt teaches technologies like JavaScript, PHP using popular frameworks like Vue.js and Laravel. With over a decade of experience to share he makes short video tutorials aimed at equipping an individual skill needed to develop their career. Quentin currently holds 162k subscribers and 19 million views on his channel. 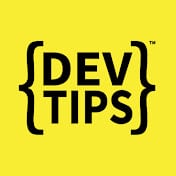 DevTips has weekly discussions and tutorials on various technologies such as CSS, Bootstrap, React, Docker, etc. The tutorials are fun and easy to follow, two factors I definitely look for in a great resource. DevTips has 356k subscribers and 16 million views on the channel. 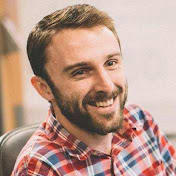 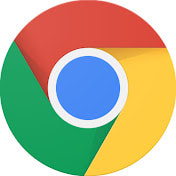 Google Chrome Developers is a channel by Google developers, featuring some amazing content on the web and more. There are playlists on PWA, Design Learning, event recordings, and more. This is a channel you should visit to have a greater understanding of the web and upskill. Google Chrome Developers has 584k subscribers and 37 million views at the moment. 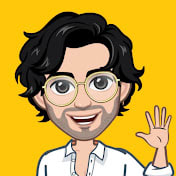 Last but not the least, Apna College with Aman Dhattarwal with his team as the face of the channel has an amazing animated course on Web Development on Apna College. The course is taught by a guy who has cleared Googler Summer of Code being from a non-cs background. Apna College has 509k subscribers and 25 million views on the channel.

That was it for today folks. Though I have another set of great channels, these are more than enough to build your skills as a web developer. Honorable mentions to the evergreen and most famous channels such as FreeCodeCamp, Edureka, Programming with Mosh, Simplilearn, and Intellipaat who provide 6-10hr long videos on the topic covering a ton of concepts in a limited amount of time.

Bonus Insights by The Insightful Coder :

Once suspended, theinsightfulcoder will not be able to comment or publish posts until their suspension is removed.

Once unsuspended, theinsightfulcoder will be able to comment and publish posts again.

Once unpublished, all posts by theinsightfulcoder will become hidden and only accessible to themselves.

If theinsightfulcoder is not suspended, they can still re-publish their posts from their dashboard.

Once unpublished, this post will become invisible to the public and only accessible to Sai Ashish.

Thanks for keeping DEV Community safe. Here is what you can do to flag theinsightfulcoder:

Unflagging theinsightfulcoder will restore default visibility to their posts.