Every Monday we will round up some of the last week's top posts, comments, and tweets. If you have any feedback, please leave a comment. â¤ï¸

Codin' is a Habit

Sometimes things come naturally to you, but other times you have to follow a strict regimen to see the results you're looking for. Rafael Gomes shares eight habits that will make you a better software engineer, from prototyping to writing down all bugs, "however small they are."

I blog, with the goal of one article per week.

I talk about software I use, so by writing articles on them, I have to do research, and usually I learn a thing or two.

It works really great when I blog about my configs. By trying to explain my choices, I found I end up with cleaner and more coherent set ups.

Early in his career, Reginald Long struggled mightily with coding interviews. But by being deliberate and relentless in practicing his interview skills, he was able to eventually land a job at Amazon. He shares his strategy here: 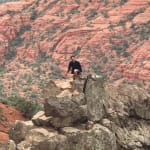 Reach out to Reggie in the comments if you'd like or, better yet, make your own post, since sharing experiences about the interview process will likely make us all a little better at them.

Cassidy Williams, who's always appreciated the green checks, gold stars, and full tanks associated with completion, finished her to-do meter desktop app after several years of rumination. She shares not only the final product, but the technical challenges she faced along the way 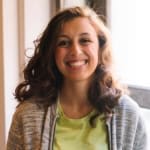 Unfortunately, it wasn't long before Cassidy's detractors found some issues with her app:

@cassidoo @electronjs @reactjs My biggest complaint is that you missed the opportunity to call it CassiDo (or other equally terrible pun).

Python and Javascript are today's two most popular languages, but many programmers know one or the other but not both. This was the case for Mario Pabon, who had experience with Javascript but began working at a company with a back-end written in Python.

Most of the Python tutorials he could find online were targeted at beginners and not seasoned programmers looking to understand a new language. So he wrote up his own guide that contrasts the basics in each language: 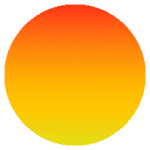 If the recent uptick in popularity for both languages continues, Mario's guide could become a go-to resource.

Kim Arnett realizes that at the current pace of automation and robotics, she might not be designing iOS apps in a decade but rather "some kind of software-hardware-Alexa-human-body combination."

So she's getting her practice in now and letting us know how to do it:

This one left people pining for more:

I can't wait for a full tutorial. I've always wanted to build a simple robot but been too lazy to invest the effort to do the upfront planning and research.

Hermant Rai's company finally got frustrated enough with Angular that they started the transition to Vue, which "has the most gentle learning curve of all js frameworks I have tried," reports Rai. Read his full write-up here: 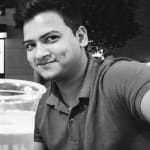 Moving From Angular to Vue : A vuetiful journey

In a short but popular post, Ryan Palo admits that he's never been great at finding natural points in his coding process to commit:

I still find myself chugging along until I get ready to get up from coding without having committed anything! My commit is a giant blob with a message like "finished most of the features."

Ryan got a lot of head-nods in response, but he didn't win everyone over:

This seems utterly unpractical and error-prone to me.

A better approach would be, imho, to just commit as often as you can.

Ideally, after every micro-iteration (at each stage when something is working).

Why is this approach better?

It's nothing hard: it's just git rebase.

So what's your commit strategy? Let Ryan know in the comments, or better yet, write it up in a blogpost ðŸ¤“

Test-driven development doesn't come without its caveats. Dan Lebrero finds himself thinking ""Why did you write that test?" often enough to warn against overkill in his piece, "The tragedy of 100% code coverage." 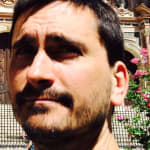 The tragedy of 100% code coverage

Finding a happy medium is key here instead of automating toward one extreme or another. Put in other words:

One of our community's security experts, Antoinette Maria, uses the recent, "innovative" nomx protocol to illustrate how companies will spin your worries about security into the opportunity to sell products that really aren't anything special: