This feels a little shameless (and a complete divergence from my previous posts), but I'm super excited about this so please forgive me!

Formula Pi is the first remote autonomous robotics racing series based on the Raspberry Pi single board computer, fairly niche I know...

I've got a fairly vested interest in the contest, and not from a developers context, but I'm the one who provides the commentary. It's terrifying and fascinating in equal measure (the racing, not my commentary). 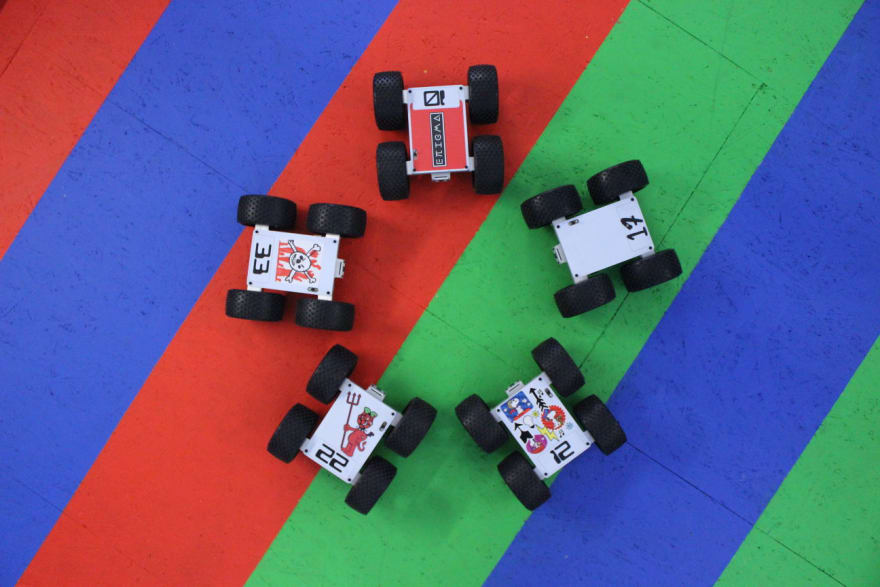 The idea of the series is to get software engineers to compete against each other on a level playing field, i.e.: start with a library of Python code to improve how ever they choose, or start from scratch with their own language of choice, and a standardised robot which is maintained by the team at PiBorg. The races are streamed live on YouTube roughly once every two weeks.

The Python code for Formula Pi utilises the OpenCV library, a popular open source computer vision library which has a great library for manipulating image data in real time. The Formula Pi starter library uses this heavily along with Raspbian OS on the Raspberry Pi.

The first series final was broadcast in January of 2017 and featured:

Without spoiling the final result, you can watch the final in full below:

What surprised me about the competition was the sheer variety of types of teams that entered. There were hobbyists, professionals and school children competing on a level playing field, and no one background was clearly an advantage. It made for some really exciting contests where anyone could win!

The second series is due to start testing on the 26th of April at 18:00BST and can be watched live below:

For more information on the series, head to the Formula Pi website.

Claire Pollard
C++ backend developer for Imagen
What was your win this week?
#discuss #weeklyretro
Autocomplete and Artificial Intelligence in your Terminal
#ai #bash #productivity #opensource
Music Monday — What are you listening to? (60's Edition)
#watercooler #discuss #music

Once suspended, thetuftii will not be able to comment or publish posts until their suspension is removed.

Once unsuspended, thetuftii will be able to comment and publish posts again.

Once unpublished, all posts by thetuftii will become hidden and only accessible to themselves.

If thetuftii is not suspended, they can still re-publish their posts from their dashboard.

Once unpublished, this post will become invisible to the public and only accessible to Claire Pollard.

Thanks for keeping DEV Community 👩‍💻👨‍💻 safe. Here is what you can do to flag thetuftii:

Unflagging thetuftii will restore default visibility to their posts.