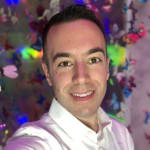 I created a version 2 of the Netflix Clone because the first version was running slow. I received feedback to use Web.dev Measure to see how well the first version performance was and that's where I found out it was loading much more data than it needed to.

I also used React Lazy Load Image Component as all the movie and tv show images. This helps with performance because if the image is not in the window view the image does not get loaded so a lot less data needs to load to view the page and this helps on the performance a lot.

I have learned a lot from recreating the Netflix Clone and also from the helpful feedback I have received. If you have any other feedback I would really appreciate it. I think it's a great way of learning and seeing someone else's perspective of something.

Once suspended, thomasgilmore will not be able to comment or publish posts until their suspension is removed.

Once unsuspended, thomasgilmore will be able to comment and publish posts again.

Once unpublished, all posts by thomasgilmore will become hidden and only accessible to themselves.

If thomasgilmore is not suspended, they can still re-publish their posts from their dashboard.

Once unpublished, this post will become invisible to the public and only accessible to Thomas Gilmore.

Thanks for keeping DEV Community 👩‍💻👨‍💻 safe. Here is what you can do to flag thomasgilmore:

Unflagging thomasgilmore will restore default visibility to their posts.