In the last weeks I had to migrate several databases to a new one, which was mostly copying data, but also a bit of enriching data. It was just a little bit too much for plain SQL and since Rails 6 has multi database support I wanted to give it a try.

Here's an example of the task: 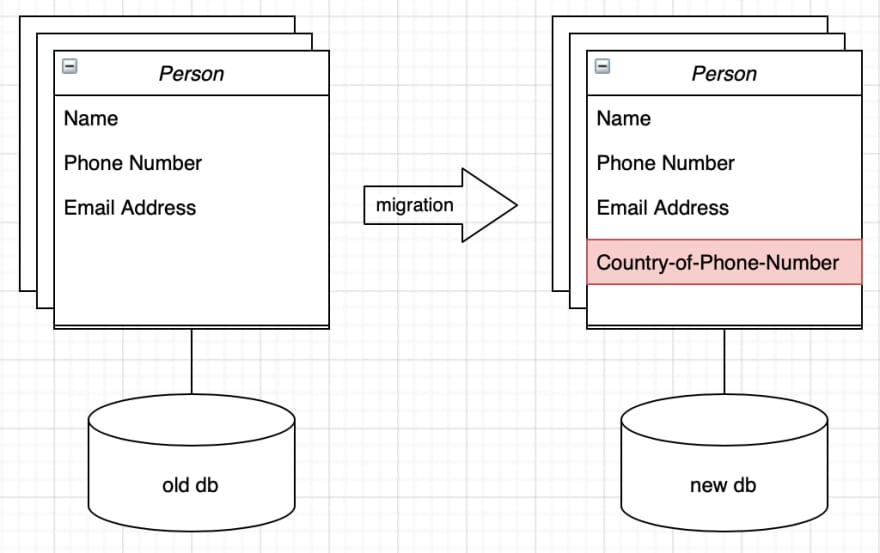 So we already have both schemas, the one in the old database and the one in the new database. The table names are all the same in both databases, some models just have some additional fields in the new database like persons.country_of_phone_number. We fill this new field during migration by fetching the country code from the phone number (e.g. "+49") and doing a lookup to which country this country code belongs (e.g. in a REST service or another table).

We will also not copy/generate the model files from the existing rails application since we don't need any model functionality. We just want to copy data. But how does database access work without (ActiveRecord based) model files?

It's possible to generate model files on-the-fly just as we need them. Here's the code:

The indentation looks a bit ugly, but I like it better than using lots of "\n" in a single line string.

So let's look a the code. The most important thing to notice is that we generate a class that inherits from BaseRecord in a module. And that's the key to access different databases. So we need to make sure, that we have one module for the old database and another one for the new database.

Rails 6 has introduced one more level in database.yml in order to define multiple databases:

As you can see, I recommend to use the primary database for the (single) new database, thus all old databases have specific names.

Now in order to tell ActiveRecord which database to use we have to implement the BaseRecord for each database. Since the new database uses the primary db configuration we don't need to specify the database in app/models/new_db/base_record.rb:

But all old databases must be linked to their database.yml configuration, so let's take a look at app/models/old_db/base_record.rb:

That's it for the setup.

Now the migration is really easy. We can write a rake task for that:

So we have two cases here:

Here are both methods:

And that's it. We can copy hundreds of tables from old_db to new_db with just two files under app/models.

We always should ask ourselves: would another developer understand my codebase? There are several aspects we need to consider, e.g.:

On the plus side our migration project is a very minimalistic rails project with no legacy code and the least amount of self written code I can think of. But we have used advanced techniques like send(:method, :param1, :param2) in order to call methods by names we determine at runtime (dynamically). This might be called "metaprogramming". There's even a book for that: 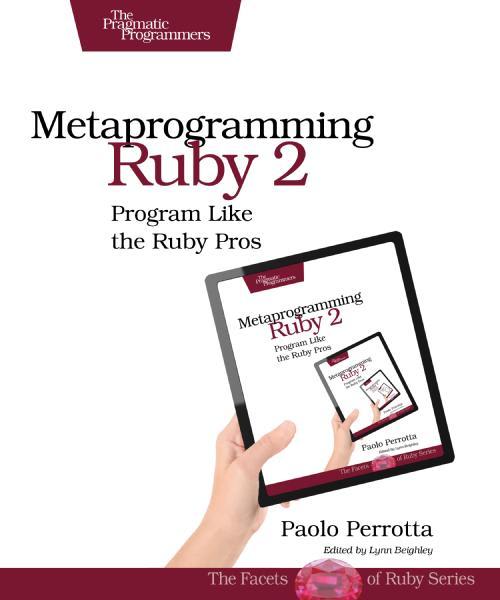 You can buy it here

One of the claims in this book is that metaprogramming in ruby is just programming, it's nothing special, because you don't need to access anything "forbidden". Other languages might have things like __method_name__ to access metaprogramming, which already tells you by the name "Caution! My double underscore prefix is reserved for language constructs. Here be dragons!"

Ruby is different. Take a look at the object model, for example, it's a real beauty - go check it out! There's no need for ruby to draw a line between programming and metaprogramming, because ruby's advanced concepts still rely on simple, yet powerful foundations, that are easy to grasp.

So I think my codebase is easy to understand mainly thanks to its brevity. You only have to know one or two advanced concepts. And IMHO that's much better than writing a lot of code explicitly, because the more code I write, the more bugs I write, and the more code another developer has to read.

(The cover image is "Final Train" by Jason Heeley.)