Today is a big day: .NET 5 has officially been released as part the .net conf. Awesome!

Targetting .NET 5 in an App Service

If you create a new web app and check the list of available runtimes, you'll see .NET 5 (Early Access) under the .NET category: 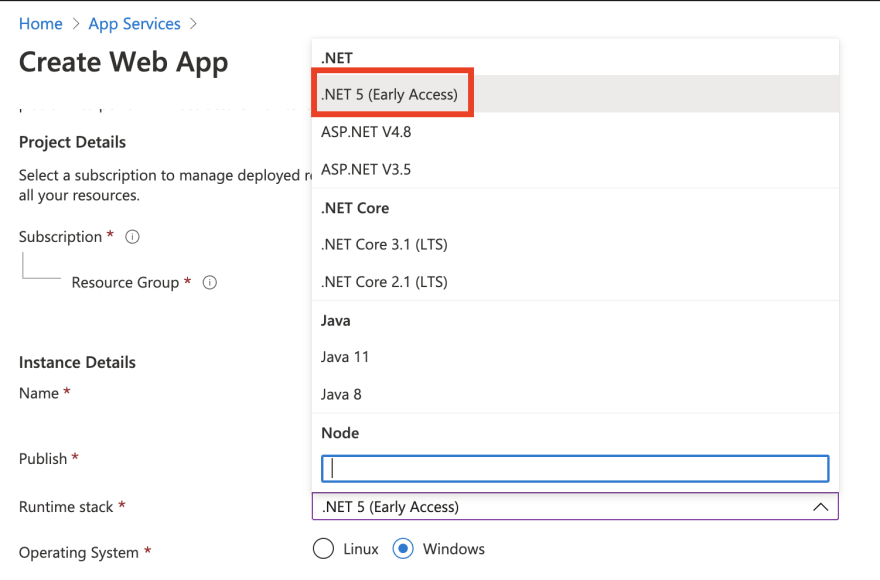 Early access is a new feature of Azure App Service that will allow us to rapidly have access to the latest releases of various runtimes and SDKs without having to wait for an App Service release cycle to include that support. This is not only for .NET but also for other supported programming languages such as Python and Node.

As of today (November 10, 2020), Early access has some limitations, one of which is that Application Insights is not supported for .NET 5 applications.

What about existing web apps?

If you're running a Linux-based App Service, go to Configuration then to General settings and, under Stack settings, select .NET and you'll be targetting .NET 5 (both Major version and Minor version will adjust to use .NET 5). Don't forget to hit Save: 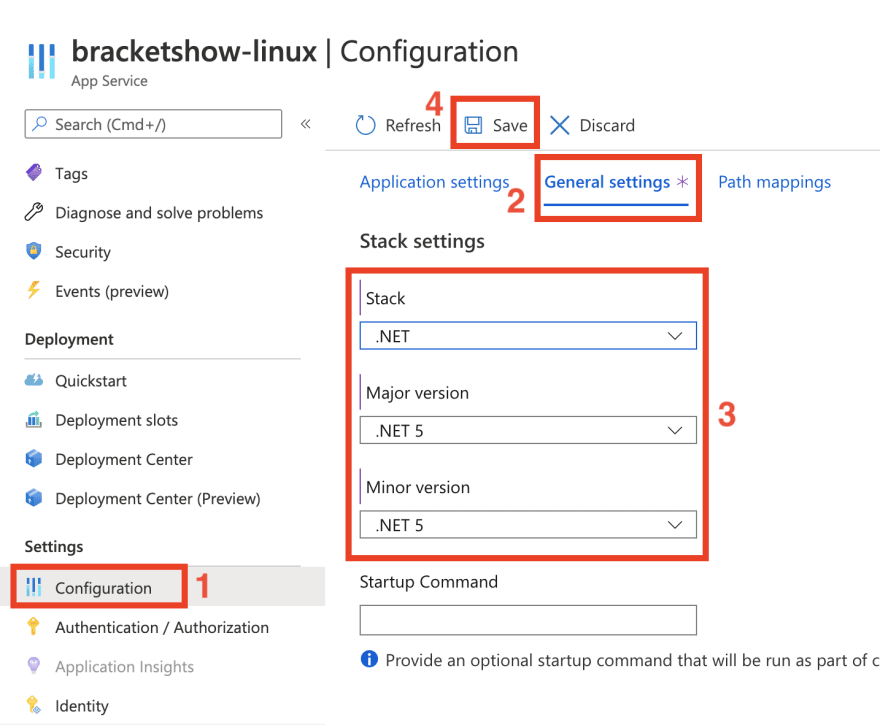 If you're running a Windows-based App Service, the procedure is slightly different. Go to Configuration then to General settings and, under Stack, select .NET and under .NET Framework version, select .NET 5: 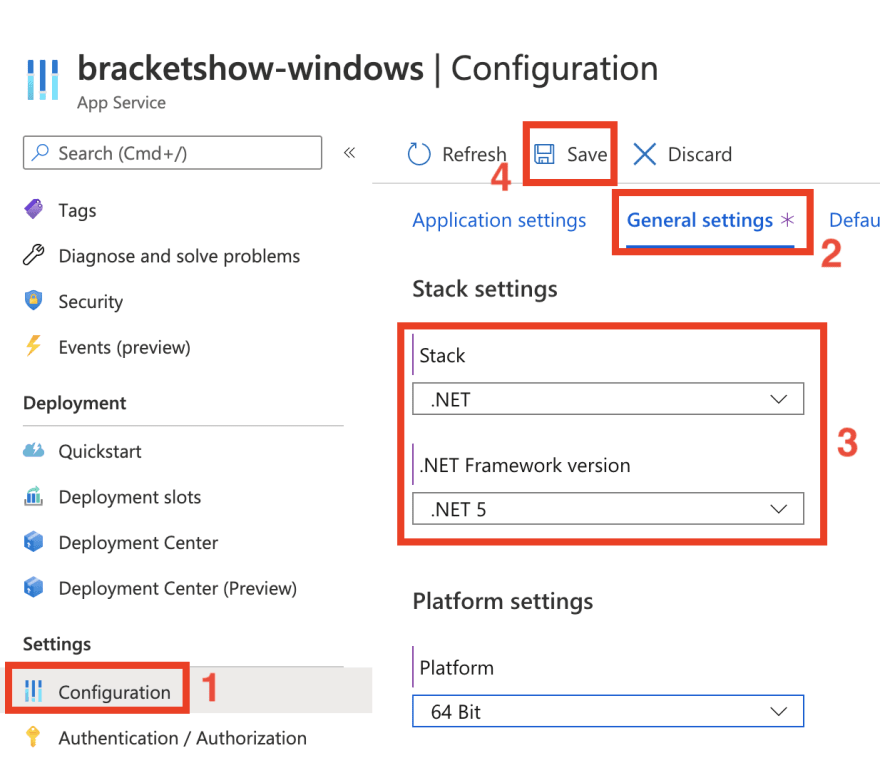 It's interesting to note that when switching runtimes, the Early access suffix isn't mentioned...

Starting today, we can use all the goodness provided by .NET 5 in our Azure App Services and it's as easy as selecting .NET 5 as our App Service's runtime.

Once suspended, tidjani will not be able to comment or publish posts until their suspension is removed.

Once unsuspended, tidjani will be able to comment and publish posts again.

Once unpublished, all posts by tidjani will become hidden and only accessible to themselves.

If tidjani is not suspended, they can still re-publish their posts from their dashboard.

Once unpublished, this post will become invisible to the public and only accessible to Tidjani Belmansour, Ph.D..

Thanks for keeping DEV Community 👩‍💻👨‍💻 safe. Here is what you can do to flag tidjani:

Unflagging tidjani will restore default visibility to their posts.