When developing self-hosted open-source service, which meant to be used by as many users as possible, you would probably want to provide a simple way how run your service. It should preferably work without any configuration so users can get it working as fast as possible.🔥

The simplest way to achieve this with Docker is running a Docker image with docker run command.

When your application needs database system to store its data, you have basically two options. Using multiple containers - one for the application and one for DB. Or you can go with embedding the DB service in the the same container with application. 📦

For deploying the application to the cloud, I recommend running it in multiple containers or use database managed by your cloud provider. In Tolgee we use Kubernetes for deploying our Application container and DigitalOcean's managed PostgreSQL DB, so we don't have to worry about the database cluster.

But for users who want to self-host it themselves, we also want to provide the simple docker run way which is going to work right away without setting up a database system or any other services. It just has to run! Now! 🏃‍♂️ 🏃‍♀️

So if you would like to run Tolgee, you can do it simply by running this command:

Before, we supported H2 and Postgres databases at the same time. We used H2 database as a default, since H2 doesn't need to be run as external service. It is just Java library which can store the data in memory or in filesystem. However, H2 db doesn't satisfy our needs anymore, so we have to drop its support.🤷‍♂️

OK, but we want to keep the ability to run it in single container, so how to do that?

Tolgee is implemented in Kotlin which is JVM language, so we need JDK to run it. So we need to somehow combine JDK and PostgreSQL images and then find a way how to run both of the services in the same container properly.

Getting the Postgres DB to our JDK container 🍱

To create our Docker image, we are using Dockerfile based on openjdk:14-jdk-alpine image. So first thing we have to do is add a PostgreSQL DB to this image to have both JDK and Postgres prepared. To do so, I found official Postgres image sources and used their code to create my own image containing JDK and Postgres. Basically I just took their Dockerfile and docker-entrypoint.sh and replaced the FROM alpine:3.15 with FROM openjdk:14-jdk-alpine. Thats it. Now we have Postgres and JDK in the same image.

HERE is the Docker image source

Second, the harder part is to actually run the services in single container.

There are multiple options according to Docker documentation how to achieve this.

1. Creating a script running the services 📜 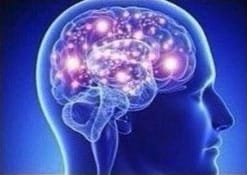 This basically runs all the services and if one exits, the whole container exits as well. This is cool, but this is not optimal since we want to:

So we would have to modify this script a lot or find a better solution. Luckily, there are some. 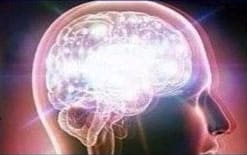 Supervisor is a tool which can run and manage multiple services. It has a lot of features like redirecting stdout and stderr, managing how many times the services should try to start, or whether should service be restarted when exited. This is all cool, but I found few drawbacks trying to get it working with Supervisor.

3. Letting the Spring Boot App to start the PostgreSQL server 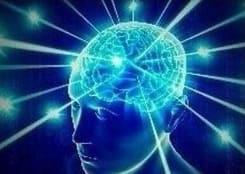 *** HERE you can find the relevant code

First, I created a configuration, which is conditional on property tolgee.postgres-autostart.enabled. This Configuration creates a DataSource bean manually. And before this bean is returned, it uses my PostgresRunner to run the Postgres DB.

This class handles the actual running of the Postgres executable. It does this:

So that's it. This is how you can Embed Postgres into your application code! 🎉🎉🎉

Tolgee is an open-source solution for software localization. It saves developer's time. Go to Tolgee.io and have fun! 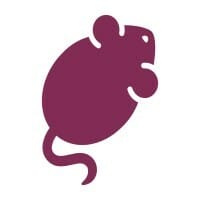 Try Tolgee! Let's go
Tolgee: i18n revolution for modern JS frameworks; And it is open-source
#javascript #typescript #angular #webdev
Let this script type instead of you when you record a video of your browser ⌨
#javascript #html #webdev #react
Is Turborepo overhyped?
#javascript #webdev #opensource #performance

Once suspended, tolgee_i18n will not be able to comment or publish posts until their suspension is removed.

Once unsuspended, tolgee_i18n will be able to comment and publish posts again.

Once unpublished, all posts by tolgee_i18n will become hidden and only accessible to themselves.

If tolgee_i18n is not suspended, they can still re-publish their posts from their dashboard.

Once unpublished, this post will become invisible to the public and only accessible to Jan Cizmar.

Thanks for keeping DEV Community 👩‍💻👨‍💻 safe. Here is what you can do to flag tolgee_i18n:

Unflagging tolgee_i18n will restore default visibility to their posts.