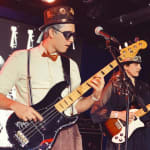 Building accessible lists and grids on the web is unfortunately difficult.

In frameworks like React, where a Grid component does not necessarily know about or control its children, it can be even harder.

Using a <table> and associated child elements is the right choice sometimes. Other times it's not. These elements are awkward to lay out and more importantly impose limitations on the DOM structure . More complex grids may need to use <div>s.

One way to add keyboard support to grids is to base the navigation on the current state of the DOM instead of the framework state (React and Vue for example).

Let's walk through how this is done on a high level. In the next post we'll go more concrete and actually implement this.

The DOM based approach gives us the benefit of the focus management being transparent to the grid and its child components. If a new interactive element is added to a cell in the grid it will work without modification.

The downside is frameworks like React can change the DOM at any time. Because of this, the first thing that is done in keydown event handler before moving any focus is ensuring that a focusable element (with tabindex="0" attribute) actually exists in the grid. If it doesn't exist, fall back to the first interactive element in the grid.

This should not happen much unless your framework is adding/removing cells from the DOM frequently. I have not seen problems with this in a virtually scrolled, sortable/filterable grid that loads more data on scroll so I expect this is will work well in most cases.

Now that we have found the currently focused element in the grid we need to decide which element to focus next. If we find that element we move the focus to that element:

This technique is called roving tabindex. You can read more about it in the WAI-ARIA Authoring Practices or check out this excellent video from the A11ycasts series on the Google Chrome Developers YouTube channel.

Moving focus to the next element

So how do we find the next element to focus in a reliable way? This depends on what the grid actually is. If the grid is a spreadsheet it might make sense to focus the next cell element. But if the grid is a collection of links and buttons structured in a table - for example a playlist on Spotify, then jumping to the next interactive element would make sense.

In the next post I'll go through a concrete implementation keyboard support of a grid containing a and button elements.

Then the keyboard navigation will work. Additional wrapper elements between each layer do not matter.

Building accessible grids and lists can be daunting and too many don't bother. Fortunately adding keyboard support can be done in a generic, framework and use-case agnostic, repeatable way that is likely to survive future changes to the components without breaking or needing modification.

In the next post we'll implement a grid with proper keyboard support using this method.

Once suspended, tryggvigy will not be able to comment or publish posts until their suspension is removed.

Once unsuspended, tryggvigy will be able to comment and publish posts again.

Once unpublished, all posts by tryggvigy will become hidden and only accessible to themselves.

If tryggvigy is not suspended, they can still re-publish their posts from their dashboard.

Once unpublished, this post will become invisible to the public and only accessible to Tryggvi Gylfason.

Thanks for keeping DEV Community 👩‍💻👨‍💻 safe. Here is what you can do to flag tryggvigy:

Unflagging tryggvigy will restore default visibility to their posts.