Hi! Recently I've watched a video about basics of Framer Motion - A ReactJS library made in order to help to make animations - and I wanted to share a little bit of what I've learnt.

We will create a simple header component, and it will work just like the below one (Pay attention to the scrollbar and the header):

In order to start, You need to create a react app and install 'framer-motion' library

So, even though I'm still studying it, I've learnt a bit about animations throughout the page scroll, doing this would usually be kinda difficult but happily We have Framer motion + React hooks !

In order to make a simple animation that makes the header disapear, we can start by creating a basic Header component in 'src/components/Header.js': 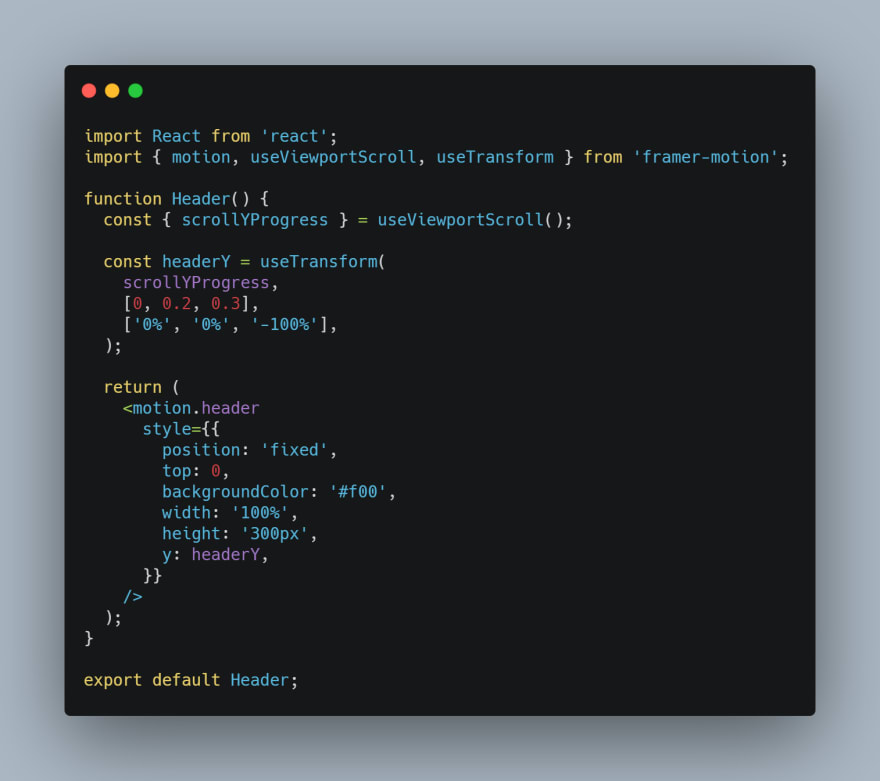 Motion is kind of a component that You use for styling, just like 'animated' from React Spring.

useTransform is the hook that allows us to make some of animations, in this case, it is what will make our header leave the screen. It works at the following way: When the value of the first parameter is in the range of the second parameter, it will return a number depending on the third parameter

Confusing? Maybe, but let me show you two examples:

Now, so that we can see this component and the scrollbar, lets make some changes in 'App.js', it will be just like this one: 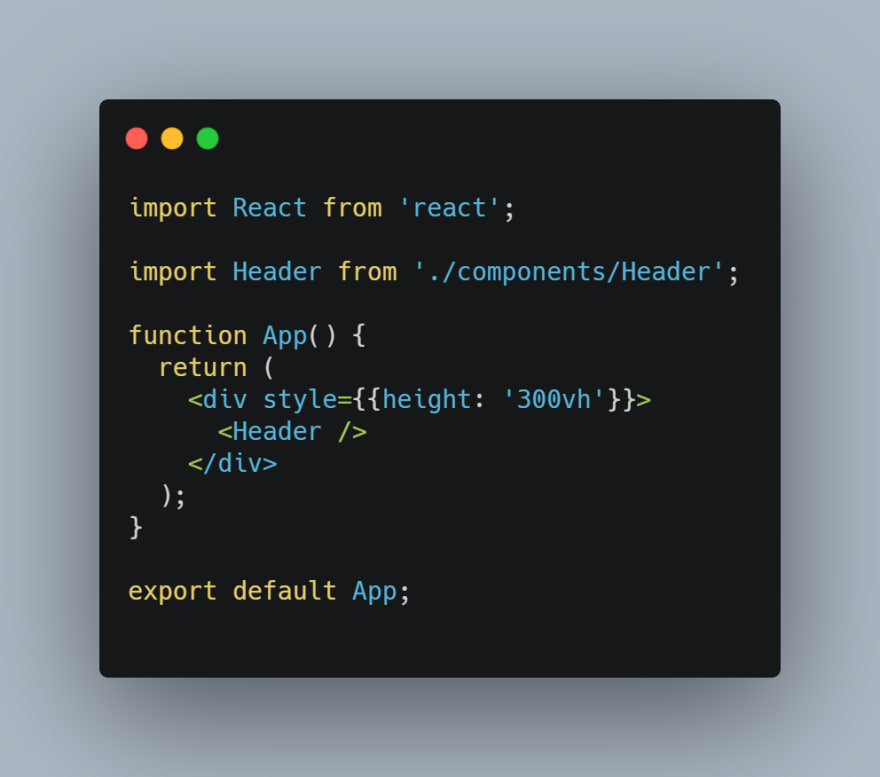 You can check the code out in the following link: https://codesandbox.io/s/purple-lake-k33ly

That's it guys, see you!

Tsuyusk
Sup! o/ I'm Tsuy, brazilian and currently 17 years old, a fascinated by web development and always willing to learn more. Enjoy my profile posts and text me if you feel like doing (:
This might be slowing down your code!
#javascript #typescript #programming #node
How to improve imports in your code
#react #javascript #webdev #nextjs

Once suspended, tsuyusk will not be able to comment or publish posts until their suspension is removed.

Once unsuspended, tsuyusk will be able to comment and publish posts again.

Once unpublished, all posts by tsuyusk will become hidden and only accessible to themselves.

If tsuyusk is not suspended, they can still re-publish their posts from their dashboard.

Once unpublished, this post will become invisible to the public and only accessible to Tsuyusk.

Thanks for keeping DEV Community 👩‍💻👨‍💻 safe. Here is what you can do to flag tsuyusk:

Unflagging tsuyusk will restore default visibility to their posts.