It's my 2nd game project and it took me roughly 70+ days of work across 8 months.

It's a simple game where you try to survive as long as possible an endless wave of enemies.

The game was named Teddy's Crew as a pun with the name of a certain actor. Initially I wanted to have a cast of bears that are descendant of Teddy. Current game have one character : Torb, the fire type bear. 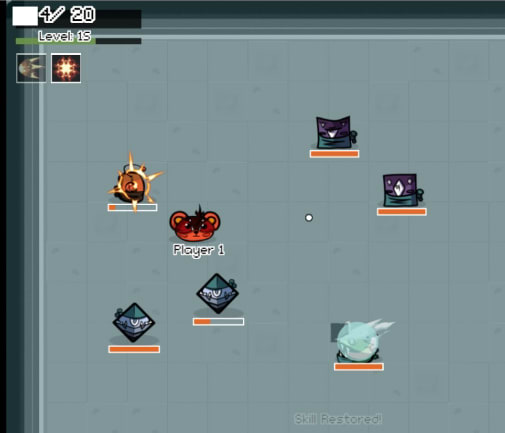 Before you start reading

There is a specific context to this post-mortem: I am developing games as a hobbyist, in my free time, over the span of several months usually, for the sake of it.

If it's something that you're interested in doing but you've been hesitant in starting, don't let this article deter you. I'd say you're better off reading What I’ve learned from my first game | R0d3nt since it deals more with creating a game for the very first time.

With that said, I don't write these to discourage people.
I try things, then I make mistakes. I try to learn from them,
then I share my experience.

What is down there are problems I've faced and solution I wish I had when I faced these.

The fact that I was capable to "finish it" (again) is success to me.

Unlike R0d3nt, I started really small, and tried to build up from here, so it was in a serviceable state really early on in development.

I've made a big part of the art, and I've learned a lot on how to add finish and pizzazz to a game. I do believe it's a more polished product than R0d3nt, even though it's also a smaller package.

I am very pleased with what I did, and I want you to remember that before reading the next section.

The game did start with a simple design : you are a bear, you fight fishes. Then I went and included experience, levels, a combo system, etc...

I wanted to add a character selection screen, each bear would have their own set of skills, making each character feels like their own mini-game within the game.

In the beginning, you feel invincible : Of course you're going to do all of that, you see how fast you're going through your task, there's no way you will just not reach the finish line.

Feature creep is exactly that: a creep. It's not obvious, it's slowly seeping in your mind, telling you "do better, or else", "you can't just stop here", "it's a little bit embarrassing to show this after 8 months of work, isn't it?" and then you hit roadblocks :

Each and every minor inconvenience pile up and suddenly working on this passion project become a chore. As you slow down you realise : it's going to be way longer than expected.

It become harder and harder to justify working on a free game during your free time. It's still work after all. A lot of it too.

People around you keep giving you input on how better it could be. They don't mean anything bad, most of the time it's helpful.

It's just that collectively, it piles up fast, and you're suddenly expecting a lot more than anticipated.

All that passion, all this momentum, all this adrenaline from the beginning is just gone, and it's next to impossible to keep going.

So what do you do?

You aggressively cut corner. You wrap the project up, and you move on.

Remind yourself for next time: you're the one on the driving seat.

If you have a clear idea of what your game is supposed to be, say no to extra features: 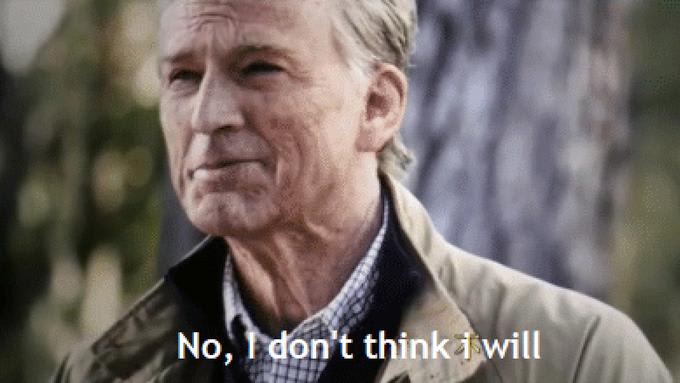 You have your reason, it's your project, don't let anyone/anything get in the way of your creative process.

And if you don't have a clear idea of what your game is supposed to be :
Take your time in pre-production. Even for some of the best studios out there, pre-production (design, sketches, ideas draft and whatnot) can be 1/3 of the time spend on the game.

Speaking of time I have mentioned that I'm embarrassed of the time this game technically took.

If you have to take your time, then take your f*cking time.
If you want it simple, then keep it simple.

It's okay. It's more than okay. You've done it. Appreciate it.
And take care of yourself.

Until next time,
Best,

Cedric Marcellin
My potions are too strong for you traveler...
Coming back to my game-dev hobby after a burnout
#gamedev #productivity #burnout
What I’ve learned from my first game | R0d3nt
#javascript #gamedev #phaser #postmortem

Once suspended, tuskat will not be able to comment or publish posts until their suspension is removed.

Once unsuspended, tuskat will be able to comment and publish posts again.

Once unpublished, all posts by tuskat will become hidden and only accessible to themselves.

If tuskat is not suspended, they can still re-publish their posts from their dashboard.