R0d3nt is a 2d platformer developed in Phaser CE edition.

It's a game where most of the time 10 to 40 enemies run after you and you have to use the environment against them to even these incredibly unfair odds.

The game was named R0d3nt because of the amount of enemies the player has to face. Rat flood popped on my mind while looking at 30+ enemies running toward me. 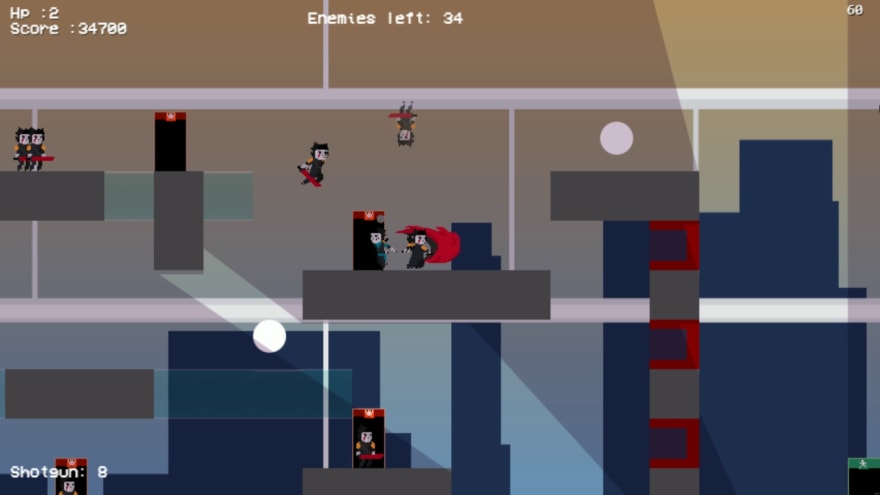 The fact that I was capable to "finish it" in itself seems like a success to me.

If I had a percentage of how finished it would be right now, I'd say it's around 70-75% done, but the remaining percent would probably not transform the game.

It might sound like a filler point, but if you ever want to make games you have to realise finishing is notoriously hard. It's a marathon, and not everyone reach the finish line.

A lot of things were planned originally. Too much actually :

When I came back on the project, I dropped anything that was Work In Progress or wonky, and made a list of features needed in the Minimum Viable Product and stuck to that.

It's something that I thought I did correctly, seeing how much I actually chopped off the game.

Some feedback led me to realise I could have focused even more on the main selling point of the game, which is to lure/strafe around enemies and use the environment against them. 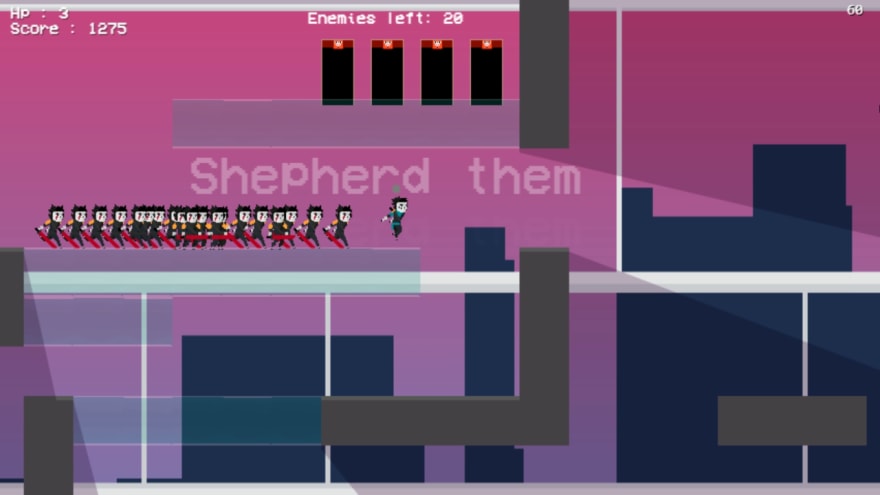 So as you saw above, the game was kind of cut in 2 periods of 3 months of development.

That is because I completely dropped the project back in 2017 and didn't touch it until May 2019.

I was initially working on it during a period where I did not have a full-time job : turns out balancing work/life/hobbies was quite difficult for 2017 me.

I'm glad I've somehow found a pace again : I'm rather slow compared to your usual game dev, but I will work on my games at least on a weekly basis, I've never failed to do so since I started again to work on this hobby.

Progress is progress, like one of my friend says, so find your own pace, no matter how slow it is, just make it consistent.

On my end, every Sunday I go to the same place, meet the same friend, and work on game project : small habits like these can add/restore lost momentum.

We've recently reached 315+ views in the last 3 months. Plays sessions are roughly around 150. I think this is a decent score for a game with barely any exposure or advertisement.

Feedback about the game were very mixed : it's definitely one of these "love it" or "hate it" kind of games. It "disguise" itself as an action platformer, but it's more puzzle oriented. Each level has a sure fire solution that do not require much reflexes.

On some occasion people feedback were aligned with my design intention and it felt amazing. I had friends trying it and sending me screenshots and videos. It's the little things...

Then there's the complete opposite where the game would be seen as unfair, cheap, meh, etc.

Feedback like this is important, regardless of the messenger tone and state of mind, because it always contain an hint on where you can improve.

Just make sure to take a step back and appreciate what you do. It's difficult to not be swayed by people or your own negativity.

I have a story, I do. But it's nowhere to be seen in the actual  game.

I think lore/story is what helps building identity.

Without any of it, it's much more difficult to immerse people. 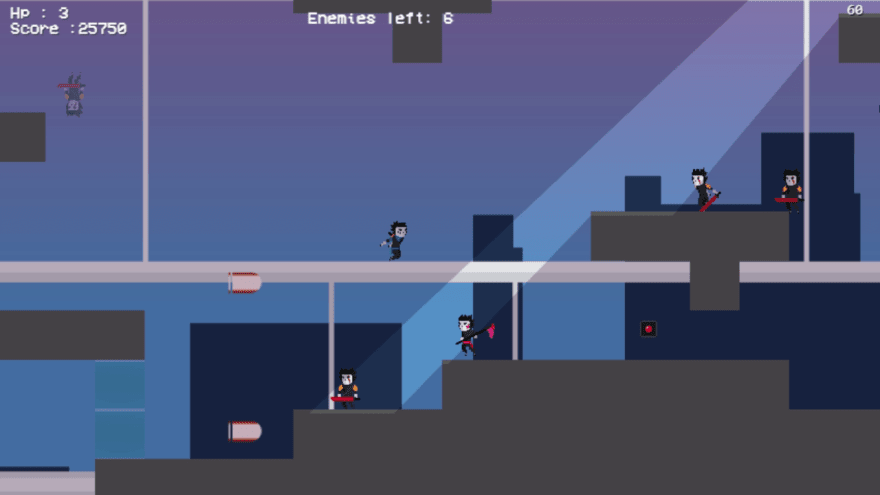 Tips for the future?

The game pitch when I started was pretty much "I wanna do a platformer omg :v".

I think without proper pre-production, you'll dive into the development without really knowing what you are doing, and so you might ask yourself "why am I doing this" more often than not.

I do not think you need to spend too much time into pre-production, you shouldn't get too attached to your project when you're a beginner, but I think take enough time to know :

It should be a huge help in the long term because you'll ask yourself a ton of questions all the time, and if you already have prepared answers you'll spend less time doubting.

Show your game progress as early as possible. It could be gifs, it could be videos, just try to show your progress.

I'll be honest with y'all : your game should not be a secret. The moment you have something playable, let people play it.

Unless it's flappy bird kind of complex with flappy bird level of success, no one has the time/energy to copy your game.

Even if they did, it's not going to be "your" game.

Get a starting template you feel comfortable working on.

There's no point reinventing the wheel every-time you want to make a car.

However, understand the code you borrow.

R0D3NT development is discontinued until further notice. If anything had to be done, it'd be a redux or a sequel. I'd lock the game solely around strafing enemies.

Game would be slowed down, levels/assets would be much smaller to fit screen and let people think. I'd drop the 'reaction' aspect of the game as well.

Maybe someday you'll see "R0D3NT TURBO" or "R0D3NT II" and think "Woah that's amazing, I wonder what the first one was like". 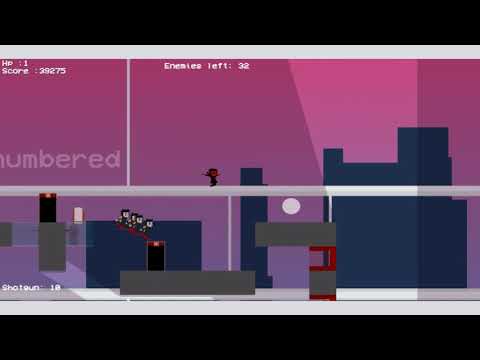 What's next for me?

I'm currently working on another game. One of the main reason I discontinued R0d3nt was that I had others ideas I wanted to explore.

Another reason was that I wanted to start fresh and improve on my code quality.

I don't really know how to label it yet, I'd say arcade top down action? It'll be "chill" and cute, and this time around I'll be the one making assets. 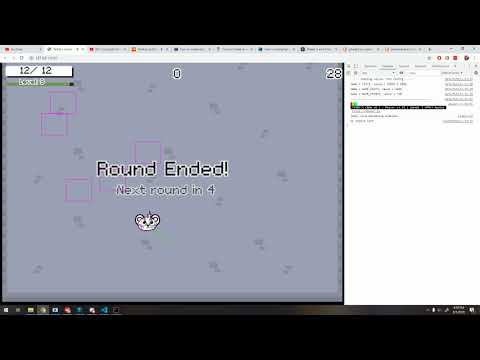 Keep an eye out for details on upcoming game dev related content.

Cedric Marcellin
My potions are too strong for you traveler...
Coming back to my game-dev hobby after a burnout
#gamedev #productivity #burnout
What I've learned from my 2nd Game | Teddy's Crew
#phaser #gamedev #javascript #postmortem