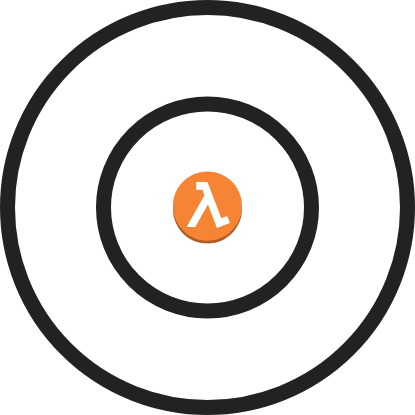 We needed a way to define these functionalities once and reuse them across lambdas. This post is about a middleware framework we wrote in Node.js to do this with very little code and no external libraries.

Having working with a lot of web frameworks which have concepts like filters in java, middlewares in Express, we felt a similar approach would work for us as well.

The idea is to implement a lambda handler function as a core function and a set of middleware functions.

This is the order in which the middlewares are called:

Promises instead of Callbacks

Most of our lambda function code create or work with promises since they mostly query/write to external systems like Dynamodb, Elasticsearch etc. We thought it would be easier if our core function and middlewares work with promises instead of callbacks.

A typical AWS lambda definition in Node.js v6.10 would look like this:

And this is how we wanted our handler functions to look like:

Note: Node.js v8.10 supports async handlers which was not available when we wrote this middleware framework. This step might be redundant in Node.js v8.10.

Because we have a different signature than what lambda handler is expected to have, we created a function withMiddlewares.

It takes the core function and an array of middlewares as input and returns a function which has the same signature as the lambda handler.

And this is the implementation of withMiddlewares:

Line 1: It has the same signature as the lambda middleware.

Lines 2–14: chainMiddlewares returns a function which recursively calls each middleware and finally calls the handler. If there is an error thrown when calling the middleware, it will return a rejected promise.

Lines 16–21: We call chainMiddlewares with all the middlewares and convert the resulting promise into a callback function.

This is the trimmed down version of how this middleware definition would look like:

captureExceptionAndReturnPromisewill wait for Sentry request to complete since it is returned as promise.

If we are not able to send the request to Sentry for various reasons like Sentry is down or network error, we currently bubble up the error. But we can also log the error and return the original error.

Some of our lambdas want to ignore Dynamodb delete events and execute only on the insert/modify events.

We are modifying the event.Records here. Another option is to clone the event with filtered records if we want immutability.

This is how a lambda handler would look like using the above defined middlewares. The order of the middlewares is important. SentryMiddleware should be the first middleware to catch errors in downstream middlewares too.

Implementing this pattern made our code more readable and testable. You can find the full implementation with tests and sample middlewares here.

How To Deploy a Full-Stack MERN App with Heroku/Netlify