In the past few weeks we’ve had a couple big additions to Uno Platform which you should be aware of as your Uno development just got easier – and cooler. 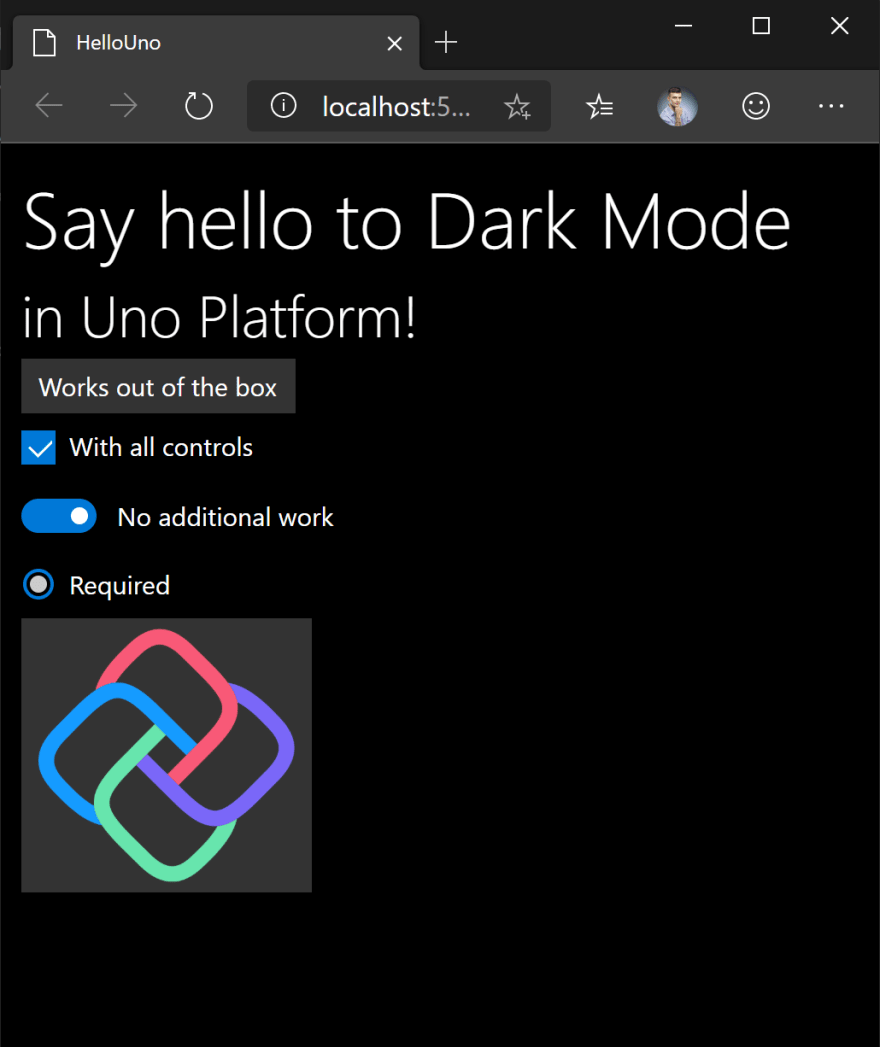 You have probably heard of ‘dark mode’ – a UI option which displays light text on a dark background, as opposed to the default dark text on a light background. The reduced brightness of the screen has brought many benefits – such as courtesy in situations when a screen’s bright light creates a distraction (i.e. movie theatres). Also, users report it reduces strain on their eyes when using the ‘dark mode’. Finally, ‘dark mode’ has great advantages for the battery lifetime of your devices. Now, Uno Platform supports ‘dark mode’ as well!

Thanks to the introduction of {ThemeResource} markup extension by Uno Platform core team member, Carl de Billy, you can add the Dark and High Contrast themes and automatic OS dark/light theme detection capability when the Application.RequestedTheme is not specified. The ‘dark mode’ works on iOS, Android, Windows and WebAssembly (WASM). Your app can now switch to dark theme automatically, without any additional code! The user will be able to switch between light and dark mode of your app the same way as all other applications – via Settings on their device.

MarkupExtensions were a great feature of WPF, and as of Windows 10 build 16299, they have been available to UWP developers to use in their own apps.

As Xaml developers, we’ve come across MarkupExtensions very often since some of them we use on a regular basis: {Binding} {StaticResource} {x:Bind} {x:Null}. But now with support for creating your own, developers have more flexibility in their Xaml code by creating custom MarkupExtensions to suit their needs.

Here’s a very simple example of creating one:

And then in your Xaml:

Starting with **Uno.UI 2.0.275-dev.2987**, developers can now embrace this useful feature in their Uno apps and strengthen their Xaml. We hope you enjoy this new feature as we continue to improve on the capabilities of the Uno Platform.

The only platform for building native mobile, desktop and WebAssembly with C#, XAML from a single codebase.