A little background, my name is Vaibhav - from Five2One. I’ve been involved in VueJS for a good 2 years (since 1.0 came out) and basically helped build/train 3 of the largest VueJS codebases in Sydney. Code that serves millions of people so my job is not just to build scalable code patterns but actually care ALOT about performance.

See usually small start up projects and codebases, the goal is to push code out and get the product out to the customer fast, which we’re great at - you can check out our work at five2one.com.au but beyond that as engineers our goal is to take care of performance and scalability.

Let’s jump straight into it - talk about some simple ways you can increase the performance of your VueJS application. 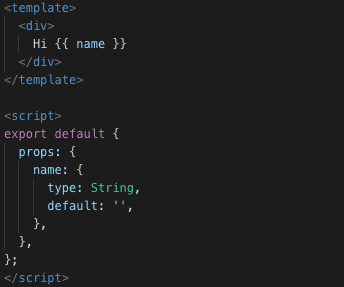 What we have here is a “functional” template, in that it has no declared state, and only deals with props. This can be easily created into a Vue based functional component with the use of the render method https://vuejs.org/v2/guide/render-function.html

If you read into it, you see props being passed called functional: true

So an easy fix to this solution is below 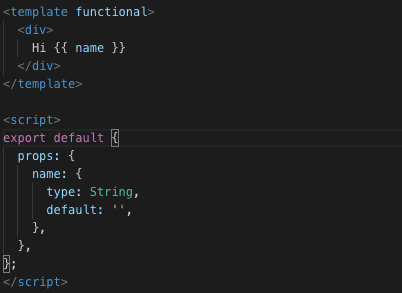 As simple as that, you don’t need to worry about changing your template syntax, you can stick to it and still enjoy the luxury of Vue syntax.

QUICK EDIT: Because it’s a functional component, the context of this is non-existent, so to access props, you need to do props.name — Thanks to Dinesh Madhanlal for the mention

Sometimes we load components on the fly using is prop provided by Vue, and we might switch between components that are dynamically loaded. Inorder for us to maintain state and prevent re-loading of data whenever components are toggled, DOMless wrapper acts as a good solution to speed things up

This one would be a little more obvious to most, given how Vue’s vDOM system operates. The goal of the vDOM is to act as an intermediary update medium and track (very efficiently) isolated changes to the UI of the project and triggered isolated rerenders to those targeted components vs actually repainting the entire screen.

Take this example below 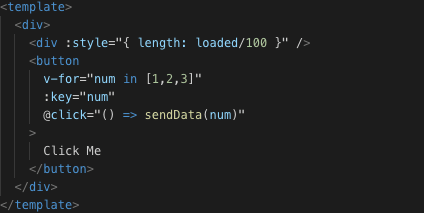 Whats happening here is every single time the div grows in length (a simple progress bar) all the buttons will be re-rendered as well.
They technically shouldn’t be, because nothing in them is changing right ? No props update or no data update etc.

Thats the quick catch, JS interacts with anonymous functions in memory, i.e each time a re-render happens, a new instance of the anonymous function is created, and the diffing algo picks it up as a new prop and therefore re-renders the buttons even if it’s not needed.

Luckily Vue is so amazing, it’s smart enough to understand any self invoked function should not be called until the event it’s attached to is triggered, so even if its a IIF, Vue makes it a thunk, delaying the execution.

Of if you want to be safer, always worth creating a closure that returns another function, therefore the wrapper function only ever has one instance and won’t cause a re-render.

This is also a simple one, there are grey area’s for this and isn’t a blanket solution. Use this method only for times where there’s a lot of collateral on the page and toggling the display of a component happens rapidly,

Yes I’m talking about the use of v-if or v-show. There’s a massive difference between the two. V-if = false never renders the component its a directive of. So if this component is being toggled multiple times in a short span, it will affect performance, so using v-show in such situations works out really well.

However, the catch is this, in a situation you add v-show to a component and that component needs to do a heavy operation on the first time its rendered, then that operation will be executed regardless of v-show being true or false, is worth delaying it by using a v-if until that component is actually needed. Remember v-show only sets the CSS display value of a component to display: none, the component is still “rendered”.

However even if this component has a heavy initial workload, if its continuously toggled, and that method needs to be executed each time, its better to do a v-show. It all comes down to the user requirements.

I hope this helped you all!

If you liked this, definitely follow me on for the similar stuff:

Once suspended, veebuv will not be able to comment or publish posts until their suspension is removed.

Once unsuspended, veebuv will be able to comment and publish posts again.

Once unpublished, all posts by veebuv will become hidden and only accessible to themselves.

If veebuv is not suspended, they can still re-publish their posts from their dashboard.

Once unpublished, this post will become invisible to the public and only accessible to Vaibhav Namburi.

Thanks for keeping DEV Community 👩‍💻👨‍💻 safe. Here is what you can do to flag veebuv:

Unflagging veebuv will restore default visibility to their posts.