Ignoring the 11 months since Part 3 was posted, it would be nice to share a tale between yours truly & Laravel, whomst've have tried their best avoiding a line of code that I believe is exploitable, present for over 6 years.

The year was 2021; upon discovering what I perceived to be an exploitable piece of code that existed within Laravel since at least 2016, I did what any good Samaritan would do.
Attempted to get a CVE issued against the framework.

Is a line of code within Scheduler's Command Builder that does not escape shell arguments.

I would never call myself an expert on security, but to my untrained eyes it appeared to resonate the profile of an command injection.

With assistance of this line of code, using the Laravel Framework we're able to schedule the execution of any arbitrary shell command (Outside of Laravel).

I submit a vulnerability @ Snyk with details surrounding the supposed exploit

I recognise that the lines you pointed to show unescaped inputs. However, your description does not clarify how an attacker can alter these input parameters in the context of this package and how it's implemented by its users.

It would be helpful if you could provide the details showing the possible attack path, or, better yet, a working PoC of an injected command.

Created & replied with this PoC

Meaning the host can execute an arbitrary command in a child process shell, invoked by the Laravel scheduler.

This package uses head -n 1 /etc/passwd > /tmp/really-cool.log for the example.

Affecting all Laravel versions above 5.4 (Lumen is untested) when the scheduler artisan schedule:run is used.

Due to the nature of this package I will not be adding it to packagist.
You will have to add the repository manually https://getcomposer.org/doc/05-repositories.md#repository

(Technical details are inside ^ README)

I've verified the PoC you attached and have contacted the maintainers. I’ll let you know how the disclosure progresses.

The guys at Laravel responded as follows:

But, isn't users installing a malicious internal package always a security vulnerability. ANY package can just list a file to be autoloaded in their composer.json file that for example deletes your entire database, etc.

I think the point they're making is that they cannot (or rather, should not have to) protect against malicious vendors. In that sense, I tend to agree with them.

--
I feel it's relevant to provide OWASP's definition of a 'vulnerability' here:

"A vulnerability is a weakness in an application (frequently a broken or missing control) that enables an attack to succeed."

I reply with a mini essay expressing my disagreement, but ultimately concede become I am not the security expert.

The reported vulnerability case is closed with no further action.

Factoring in Laravel have stated their views on the issue, and not fixed it a year onward - I figure the 'type' of issue this would fall under is an Improvement, or Bug fix - which I would report as an issue to their GitHub repo. 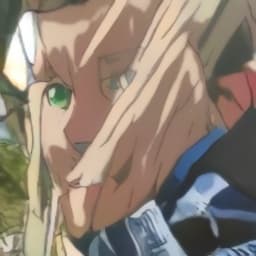 Originally submitted this as a vulnerability report over a year ago, but it was dismissed due to "malicious package vendors being out of the control of the framework." [paraphrased] Reporting it as a bug now, instead of security issue.

Task Scheduler unnecessarily allows 'command injection', there is no command argument escaping in the CommandBuilder

I was close to submitting a PR/fix https://github.com/VeryStrongFingers/framework/commit/2b8aa5ea57a59f8a167583ab617f4283443ad10e (haven't confirmed if it's fixed on Windows), but unfortunately lost interest due to perceived shared concern was lacking.

https://github.com/VeryStrongFingers/laravel-shell-escape-poc has a detailed explanation and demo

After 3 attempts of reporting what I believe is an unnecessarily existing attack vector existing within Laravel's control, I will concede;

However, genuinely curious to hear the thoughts of you lovely external unbiased readers perspectives.

Have I been pushing a non-issue?
or are Command escape vulnerabilities not as easily recognised because this is a web framework?'

Will this remain forever as is because changing it could be perceived as acknowledging it as a security issue?

P.S. In case you missed it, vector details are provided in the README of https://github.com/VeryStrongFingers/laravel-shell-escape-poc

Once suspended, verystrongfingers will not be able to comment or publish posts until their suspension is removed.

Once unsuspended, verystrongfingers will be able to comment and publish posts again.

Once unpublished, all posts by verystrongfingers will become hidden and only accessible to themselves.

If verystrongfingers is not suspended, they can still re-publish their posts from their dashboard.

Once unpublished, this post will become invisible to the public and only accessible to Mitchell.

Thanks for keeping DEV Community 👩‍💻👨‍💻 safe. Here is what you can do to flag verystrongfingers:

Unflagging verystrongfingers will restore default visibility to their posts.