It's me () again. Is everything OK with you all? I really hope so.

Today I will bring something very "special"! Interpretation free. 🤣

Who is ready to learn a little bit about Regular Expressions please raise both hands!

The truth is: I didn't pass to the next phase in a job interview so I have decided to punish you, guys. 🤣 😂

No, I am just kidding. All joking aside and being very honest, I am not also a huge fan of Regular Expression because they are quite hard to understand but once you get the fundamentals, they become be very handy. My personal opinion, of course.

Please, paying close attention to this note from Wikipedia

"... Gibberish, also called _jibber-jabber_ or _gobbledygook_, is speech that is (or appears to be) nonsense. ... Example of gibberish: _ojknfauierhngiapfghniauerfhnasdfuiop_ ..."

and now compare with a random example of a regular expression:

What is your conclusion? For me, it seems like my cat had walked on my keyboard. ⌨️ 🐈

No, even better, looks like those old cartoons when they are cursing: 🤬 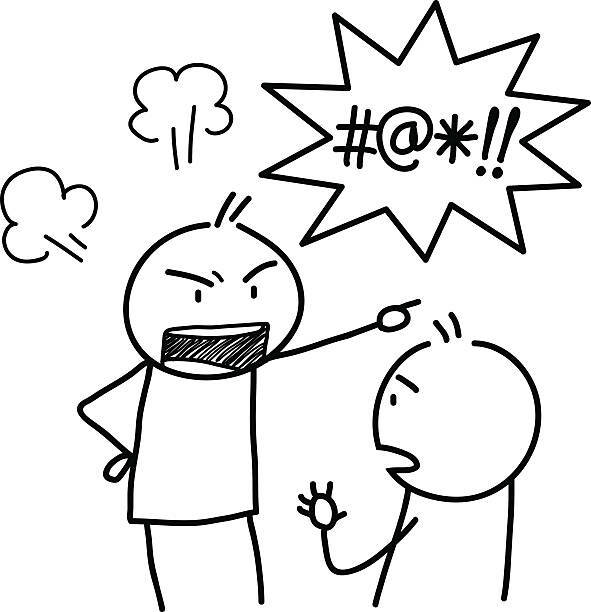 And this is exactly what you going to do after you fail trying to match a pattern in a string: 🗣️ C-U-R-S-E! 🙊

Luckily, I am here to make you cursing less, at least when it regards to regular expressions. So, let's get started (if you are still here after seeing all this weird symbols. 😉)

(nodemon is a tool that automatically restarts the node application when file changes in the directory are detected.) so you are able to see the changes on the go.

A regular expression is a string of text that allows you to create patterns that help match, locate, and manage text. source: computer hope

I know, more blah blah blah but I guarantee the phrase above will make sense very soon. Stick with me!

⚠️ I'll focus more in practical examples than the technical explanation, actually. I hope you are OK with that.⚠️

After have written the boilerplate, let's (finally) started our journey. The only thing we will change is the value of the ourRegex variable.

Please type the following, save the file and look at your console.

Think the pipe as the famous OR conditional operator. In JavaScript it is known as ||. (double pipe)

What would you expect if we change ourRegex with this new content? 🤔

Did you guess it right?
It is exactly the same result from our Matching Literal Strings session.

Here is why: It returns the first value matched.

It returns Has Pattern?: true because after ignoring case the pattern still is still there. 🥁

The result in our console will be:

Cool, isn't it? 😎 Now try to combine both flags and let me know your results. :)

📌 Feel free to use this example.

Also called as "wildcard" stands for one UNSPECIFIED character. I have highlighted the "unspecified" word because I know when we reach the + operator you will come back here. I admit I have done it several times before and I still do it. 😅

🚨 Worth noticing we combined it with the g flag, otherwise the value returned would be either null or the first occurency of the pattern.

So, in human language (Are we humans?) we are pretty much saying something like:

" - Hey regex, you pretty little thing I don't care what comes before the letter l but bring me it along with the letter."

The result has been explained below.

It is useful for matching multiple possibilities. The only thing we need to do is wrap them (the possibilities) using [ ].
Let's say we want to get all the words which, between the consonants "b" and "g", have the "a", "i" or "u" vowels.

Tldr We want to match the bag, big and bug words but not bog.

🚨 Please, remember to use the g flag, otherwise the result will always be the first match found, in our case, the word big. 🚨

The result in the console should be something like:

We are doing good, right? Yes we are!

You can skip this part if you want to but only after you hydrate yourself, deal?. (☕ 🥛 🥤)

I just would like to share with you guys what motivates me to write this article. I promise to be concise and don't take too much of your time. 🤞

This crazy moment we are now living globally brought me, along with all the harm which is not worth mentioning here, some free time I didn't have before that is, at least, something good.
I have got time to read my favorite books, became more active writing articles, been learning how to play ice hockey (my home country has ice only inside of our fridges 😹) and last but not least, I could conclude some courses I have started some time ago, for example the CS50, FCC JavaScript Intermediate Algorithms to mention some.

What is my point here?

Regular expressions had an important role in the last two items of my list above. If it was not for knowing the basics of regex, I would probably complete some tasks there using a combination of hundreds .split(), .splice(), .slice(), indexOf(), toLowerCase(), toUpperCase(), for loops, if-else and so on. 🤯

That is to say, in addition to making the code more difficult to read and maintain, it would include unnecessary lines of code to perform "simple" tasks.

Maybe learning regex will help you somewhere somehow. And if it is the case my mission here is accomplished!

Still don´t believe me? You are so obstinately unmoving (a.k.a. stubborn 😅 🤣 😂)

OK, I guess we have had enough hydration time. A few more examples and we are done for the part 1.

We can also search for patterns given a determined range, for example, if we want to find any of these following words below:

Sorry, I couldn't think in a better example without changing the ourText value.

The result on console:

Basically, when we use the - operator between the a and i letters is the same as doing /b[abcdefghi]g/g but in a more attractive way. 💋

The ^ operator has two totally different usages. For now, just focus on this example. Once you have grasped the first, the other one will be easy peasy lemon squeezy. 🍋

I have decided to don't include bog in your list. Why? Because this post will spread around the world and I don't feel comfortable with my imaginary dog 🐶 being noticed by other people. I am really jealous about it.

No idea of what I am talking about? Read the ourText content again. 🔖

Simple, the only thing we needed to do is negate the o letter. How?

Voilà, we have got a brand new result logged in our console: ✔️ 👍

I will probably release the part 2 either on Saturday evening or on Sunday afternoon but before doing that I would like to ask for something.

"Anyone who has never made a mistake has never tried anything new." (Albert Einstein)

Have a nice weekend, everyone!

The part 3 is also out there.😋

Once suspended, vinicius77 will not be able to comment or publish posts until their suspension is removed.

Once unsuspended, vinicius77 will be able to comment and publish posts again.

Once unpublished, all posts by vinicius77 will become hidden and only accessible to themselves.

If vinicius77 is not suspended, they can still re-publish their posts from their dashboard.

Once unpublished, this post will become invisible to the public and only accessible to Vinicius Cerqueira Bonifácio.

Thanks for keeping DEV Community 👩‍💻👨‍💻 safe. Here is what you can do to flag vinicius77:

Unflagging vinicius77 will restore default visibility to their posts.