I am back, bringing to you (again) the weirdest articles on the internet. I am sure you were waiting for that, right? (Please don't answer!)

Today, as the title points out, I will be briefly writing about the Ruby language and some of its features. 😉

If you have read my previous posts (something I don't recommend) I usually write about JavaScript related stuff and I love doing so. 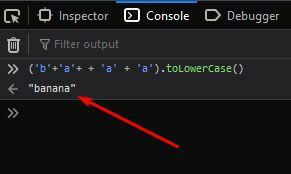 But today I have decided to vary a little bit and talk about Ruby that is an extremely powerful language and, long story short, thanks to it I am a developer today. (Am I? 🤔)

Before start and given my ability to read minds I know it is time to Q & A:

Is Ruby A Dying Language?

Short answer: no. Indeed, it has been losing "popularity" along the years I cannot deny that but it is way far from death.

The Clash is my favorite band ever, it also has been losing its popularity but can you tell they are dying? 🎸 Yeah, you just cannot! (In musical terms, I meant.)
I am losing focus here, sorry. 😅

Ruby just got a recent minor update to 3.0.2 on July 7th but it is beyond the current scope of this article.

Paraphrasing someone I have no idea:

"... Knowledge does not occupy space!"

There are many discussions about this specific subject out there but honestly, I am here to bring you the basics of Ruby so let's get started because life is short.

Given the language vastness it is impossible to include here, in a mere 10 minutes reading post, either all its features, different ways of doing the same thing or even best practices. I hope you understand that.

The examples are based in both my mental disorders, personal delirium and confused state of mind caused by unknown reasons, according to my psychologist.

If you are OK with that, welcome aboard !, otherwise you are free to go. There are tons of normal people waiting for you somewhere else. 😂 🤣

🚨 The next three paragraphs I didn't write myself. They are, in my vision, plausible to explain what I have in mind. I am not a huge fan of "reinvent the wheel". 🚨

It was was created by Yukihiro Matsumoto (Matz), in Japan in the mid 1990's and was designed for programmer productivity with the idea that programming should be fun for programmers.

It emphasizes the necessity for software to be understood by humans first and computers second. Launch School:

"... necessity for software to be understood by humans first (🙋🥇) and computers second (🗣️ losers!)."

" ... with the idea that programming should be fun for programmers."

Quote 1: Most of the time, Ruby statements are very similar to plain English and it turns out a language very easy to read and understand by us, mere mortals.

Quote 2: Try to convince me about something bad that is originally from Japan and fail miserably.

Thanks for participating, Juan. The gif below is in your honor! 🤜🤛

Quote 3: The 'having fun' part you are going to discover very soon. If you stick with me until the end, of course. 😊

If you would like to follow along and don't have Ruby installed in your machine, don't worry. Install it! 🤣 😆 😂

Just kidding, you can use the Ruby Online Compiler & Interpreter - Replit. It is a mixing of the irb console and an IDE in the same page.

IRB stands for "interactive Ruby" and is a tool to interactively execute Ruby expressions ...
Module: IRB

You can comment a block of code, for example, using both the =begin and =end keywords and placing the block to be comment between them.

You can also have an one-line comment using the #.

Both functions are used to display output on the screen. The major difference between them is that puts inserts a newline at the end.

Ruby has four different kinds of variables where which one is declared in its specific way:

I wouldn't classify them as primitive data types because everything is Ruby is an object. (or almost everything. Keep reading! 😜)

Did you notice the .class method ? Since Ruby is a Fully Object Oriented language everything is an object, a property of or a method call on an object.

By the way and being shallow, an object is the instance of a given class.

Think of a class like a blueprint for creating objects, which determines initial values, attributes, behavior etc.

You can confirm the "almost everything is an object" theory using the .superclass method.

Ruby has many built-in methods to manipulate strings.

Do you remember when I had mentioned that in Ruby things are similar to plain English? I bet you can guess what most of these methods below do, am I right? 😃

It is also possible to create both interpolation and concatenation of strings.

Ruby arrays are collections of ordered, integer-indexed objects which can store numbers, strings, hashes, symbols, objects or even any other arrays.

The Ruby arrays built-in methods are not limited to just those ones I have mentioned above.
If you are eager to learn more (I am sure you are 🤓), Ruby docs is a really good resource to do so.

Ruby hashes are collections of key-value pairs, for example:

Remember that the way you declare the key is the same you will use in order to successfully access its value in a hash. 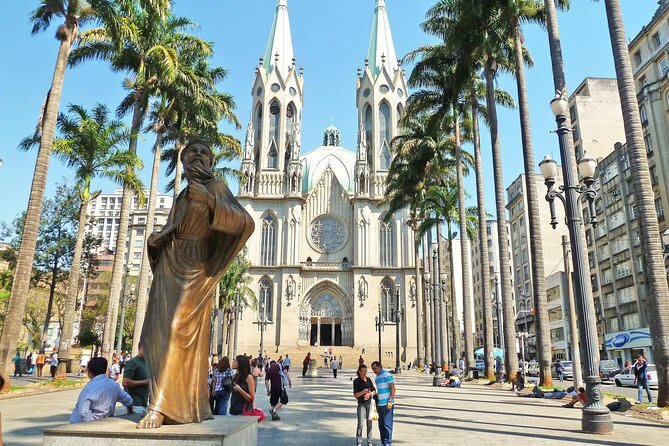 Ruby methods are used to tie or wrap together one or more repeatable statements into a single unit.

Along the article we have already used many methods, for example, length, sqrt, to_s etc.

The difference here is that we have only invoked them.

Someone, probably Matz, have already written them for us and for this reason they are the so called built-in. 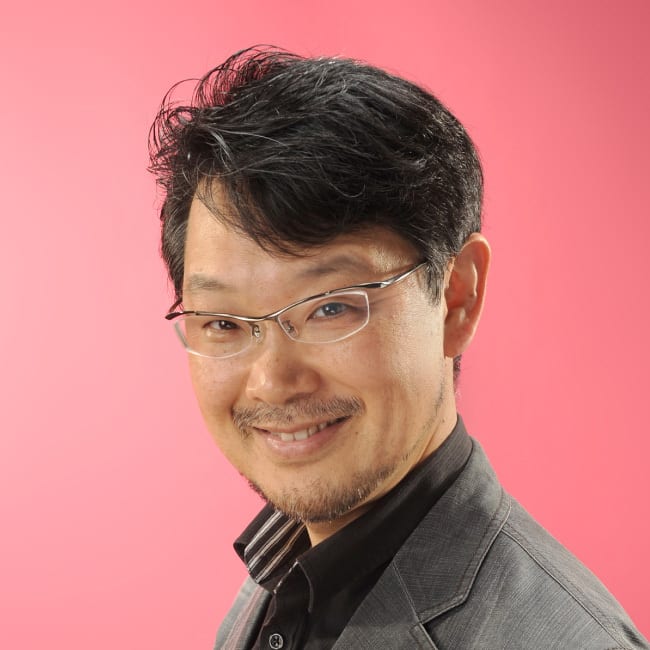 Even Ruby being an amazing language it is practically impossible to include every single method that we would use in our daily life. We are free to implement them by our own.

Hint: Method names should begin with a lowercase letter.

"... If you begin a method name with an uppercase letter, Ruby might think that it is a constant and hence can parse the call incorrectly. "
Source: Tutorials Point

We can also return values from inside of our methods both explicitly or implicitly.

In other words, methods are most likely those relatives we don't like. They always return. (🥁 Tu dum tsss)

Conditionals (if, else and elsif)

We can also use comparisons inside of if / else statements.

There is no mystery here. I am sure you can read this piece of code and guess what it does.

This is my favorite part. Why? Because I remember when I have had my first contact with OOP (back in 2000's [btw, old are your ancestors 😠]) in Java.
I was like: "What the heck is going on here?".
I got to understand it better because of the Ruby way of doing things.

Good that you asked (🔮), under the hood the attr_... creates the so famous getters and setters for you, for instance:

Cool, right? We have achieved so much just writing very few lines of code. I have to confess, when writing code using Ruby sometimes I feel like cheating.
But, in my opinion, Ruby saves our time so we can worry about stuff that really matters.

Let's check an other manner to create a class in Ruby.

Allows classes to inherit characteristics of other classes.

Note: as the make_uppercut_punch move is used by both characters there is no need to re-declare it in our subclass.

Modules are nothing more nothing less than a container where you can store methods.

In order to access modules you must include its relative path as the example shows:

Error handlers are methods defined in the Exception class to deal with errors.

And that's it, folks! I mean, Ruby cannot be resumed by any means to the features I have shown so far but it is a pretty good start.

The good news here are that if you have followed along until the end (and thank you a ton for doing that! 🙏), you can already use the acquired knowledge to start exploring other 'seas'. For example, why don't you try to play around with Rails (one of Ruby frameworks) a little bit?

I can see you did not skip it so don't you dare to complain later. 😂👌

" The curiosity killed the cat."

Well, if you allow me to recommend an excellent source to learn about Ruby on Rails, I would advice the Zayne's Youtube channel.
He doesn't publish videos very often but it really worth checking it out!

You can also check Web Crunch, Codemy, FreeCodeCamp and of course the Ruby Docs and Rails Guides.

Ruby is without any doubts a very powerful, beginner friendly and lovely language. As any language, it has your flaws but don't be influenced by the "which one is the best language?" war.

Ruby has been evolving a lot in the last years and counts with a very strong and respectful community that will help you whenever you need it.

I have tried to highlight some examples I personally consider important when 'meeting' Ruby for the very first time.

As you could see, the language speaks for itself. I venture to say that it is a self.describing language. (Pun intended 🤦)

Thanks so much for your companion. I hope you have learned something new today. (It doesn't necessarily mean from this article! 🤣)

Once suspended, vinicius77 will not be able to comment or publish posts until their suspension is removed.

Once unsuspended, vinicius77 will be able to comment and publish posts again.

Once unpublished, all posts by vinicius77 will become hidden and only accessible to themselves.

If vinicius77 is not suspended, they can still re-publish their posts from their dashboard.

Once unpublished, this post will become invisible to the public and only accessible to Vinicius Cerqueira Bonifácio.

Thanks for keeping DEV Community 👩‍💻👨‍💻 safe. Here is what you can do to flag vinicius77:

Unflagging vinicius77 will restore default visibility to their posts.