Vinted is growing – fast. To keep up with this increase in use, its Elasticsearch infrastructure constantly needs to be tuned. However, the most important requirement for any Elasticsearch performance tuning is to benchmark its production-like data. To collect this data, we’ve built a query logging solution that records Elasticsearch search requests at HTTP level and stores them to, well, Elasticsearch! Having a detailed query log not only allows us to tune the performance with the proper data, but it also allows us deeper visibility of our query traffic, which in turn means we can even perform speculative experiments.

The query log is a data pipeline. Its high-level architecture can be visualised as follows: 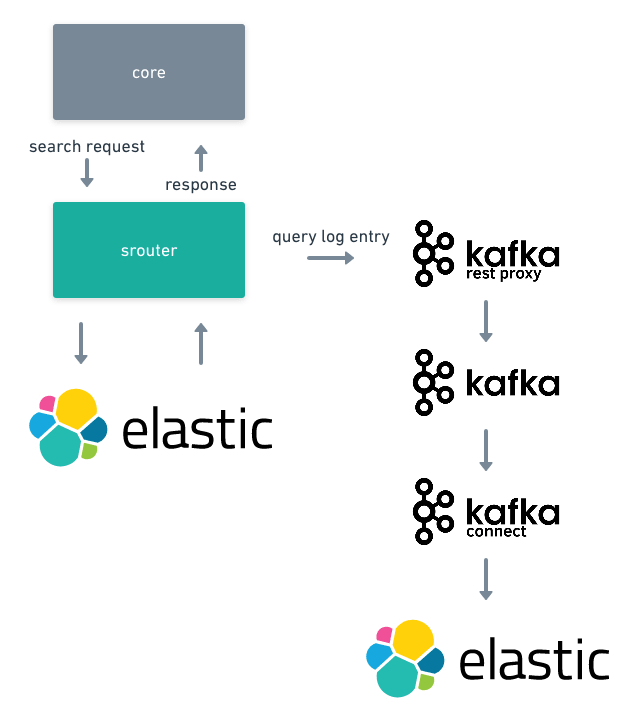 To summarise: the query log is not an innovation in itself. It’s a data pipeline built with and on top of the scalable components already in use.

Why a custom query logging pipeline?

At first, we were using the queries collected from the Elasticsearch Slow Log.
However, the Slow Log has several limitations:

With these limitations in mind, we drafted the requirements for a new query log pipeline:

The high-level structure of a query log entry is simply:

The interesting bit is the extracted_data.
We extract data such as:

In this section, we present several non-obvious use cases of the query log at Vinted.
What do we mean by obvious?
By ‘obvious’, we mean something as simple as a plain old Kibana dashboard – which would be too uninteresting for the readers of this blog.

We tune Elasticsearch performance primarily in these ways:

For faster iterations, we try to do as much of the work offline as possible, and for the first three experimentation types, the query log is the tool that enables offline iteration.
The base workflow of such experiments is visualised in the diagram below: 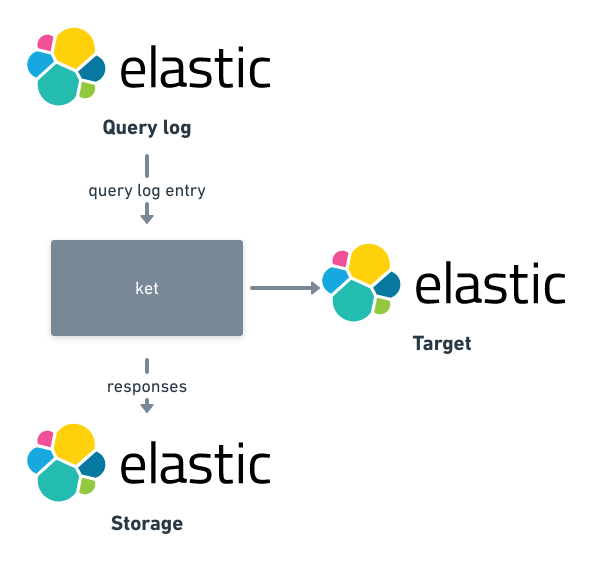 As seen in the diagram, query log replays are done mostly with ket4, our open-source tool.
ket knows how to query the query log, extract query, (transform the query if needed) and store the response in an Elasticsearch index5.
For analysing and visualising data, Kibana is our tool of choice.

Our Machine Learning (ML) engineers are working on a recommender system, but in order to build a better model, they would like to use search data.
Here, however, there’s a tricky requirement: it needs to get at least the top 100,000 hits (no, that’s not an error).
It would be absurd to run such a workload in the production Elasticsearch clusters, because the cluster would quickly crawl to a halt (this is because queries become more expensive the more hits they need – and 100k is a hefty number).

To support such a use case, we can leverage the query log.
Every minute, we take a sample of recent queries from the query log (~1 minute old), replay those queries into a dedicated offline Elasticsearch cluster that has the same data as our production cluster (thanks to Kafka Connect), and record responses hit by hit into a topic on Kafka for further analysis.

On a side note: to reach those "deep" search hits in a consistent state, we use a combination of two Elasticsearch features: search_after and Point-in-time (PIT) API.

By speculative we mean that we run Elasticsearch queries that are similar (i.e. transformed) to the ones we collected from production traffic, and compare the results.
For example, in some rare cases when we want to change some aspect of the search query and we are not sure what impact it will have (e.g. on relevancy ranking), we use the query log in this way:

Connect the Query Log with the Elasticsearch Rally for more accurate performance measurements.

The resulting implementation of the Elasticsearch query logging was well worth the development effort.
Having search queries recorded in Elasticsearch allows easy visualisation and analysis of query traffic, and since the query log is queryable, we can work only with an interesting portion of the log’s entries.
As we go on our journey of scaling search at Vinted, we expect to find even more use cases of the query log.

How to install Elasticsearch 5.6 and other such older versions

How to add Geo Location Search with AWS Amplify and ElasticSearch

Once suspended, vinted will not be able to comment or publish posts until their suspension is removed.

Once unsuspended, vinted will be able to comment and publish posts again.

Once unpublished, all posts by vinted will become hidden and only accessible to themselves.

If vinted is not suspended, they can still re-publish their posts from their dashboard.

Once unpublished, this post will become invisible to the public and only accessible to Dainius Jocas.

Thanks for keeping DEV Community safe. Here is what you can do to flag vinted:

Unflagging vinted will restore default visibility to their posts.