Assume that you already have Node js installed in your system.

initialize package.json with following command. we just keep all defaults with it.

Add a start script to your package.json file

babel-cli is a babel compiler and babel-preset-env will tell babel what it should change so the browser can understand the JS code.

Now create a single file called .babelrc in your root folder which will tell our presets which environment to use.

create an index.js file inside your src root folder with following content.

Now when you run

you will see the log with "The server is up!" text.

By default, graphql-yoga starts the server on port 4000

Open the http://localhost:4000/ to see your first graphQL api. 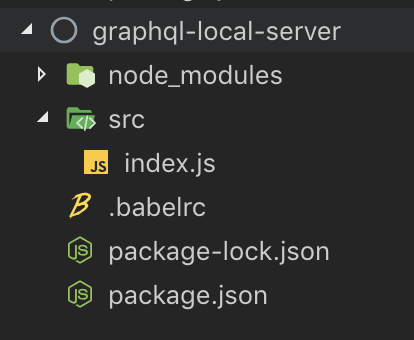 Once suspended, vish448 will not be able to comment or publish posts until their suspension is removed.

Once unsuspended, vish448 will be able to comment and publish posts again.

Once unpublished, all posts by vish448 will become hidden and only accessible to themselves.

If vish448 is not suspended, they can still re-publish their posts from their dashboard.

Once unpublished, this post will become invisible to the public and only accessible to Vishang.

Thanks for keeping DEV Community 👩‍💻👨‍💻 safe. Here is what you can do to flag vish448:

Unflagging vish448 will restore default visibility to their posts.