This series is about sharing some of the challenges and lessons I learned during the development of Prism and how some functional concepts lead to a better product.

In the previous post we had a 30k feet view of Prism and some of its technical features and challenges.

In this specific post, I will explain the series of events that ended up me deciding to give a try to a functional library that apparently would fit the Prism's use case perfectly.

A validator in TypeScript

Prism was not the first project that I was working on when I joined Stoplight; before landing there I have been bounced around different projects while trying to understand where I could best contribute.

During that time, the development of the new version of Prism was just getting started by a different team, and I was totally unaware of the project's status, direction and technical choices that were made.

However, we can say that Prism was developed as a typical TypeScript web application; throwing exception where things were going unexpectedly wrong (somewhere returning null or undefined), using classes holding state for the validators, a strong classical inheritance model to let the software expand in the future and so on.

Months pass. I am working on Stoplight Studio and I was actively looking for a validation library that would be TypeScript friendly and would be able to type the returned value in case the validation would pass.

I googled the relative keyword around ending up in solutions using decorators that were not what I was looking for.

During the search though, I stumbled on this Tweet that gave me some hope:

TypeScript is fine as a language but it seems that the whole ecosystem is not used to designing libraries taking advantage of types to improve productivity. I saw mostly types around JS libs. I believe that types can deliver more value! An interesting example is the io-ts lib.

I headed to the mentioned project and after a quick read to the README (which, I would agree with you, is not that…eloquent) I felt it looked promising and so I tried create a sample project to try it out.

Note: this image is relative to io-ts 1.x. The current version is 2.x. Your experience is likely going to be different.

There are two things that are very evident:

I was already on the point of ditching the whole thing and look for the next alternative, but I then noticed I actually knew the author (we've been hanging out in the same Slack channel for a while, but mostly ignoring each other), so I decided to ask what was the deal with io-ts.

After some chit chats, it turned out that io-ts is using fp-ts, providing the functional primitives that the library is using and exposing, and that was the primary reason for the "weird" set of functions returned from the decode process.

Ultimately we ended up philosophically discussing what kind of software I have been writing all these years by ignoring the functional concepts.

At the end of the day, I learned that the decode function of io-ts would return an Either — a monad representing the effect that a computation might fail. So, in order to continue my journey, I had to master that.

It's not my intention here to explain to you functional programming. I am not qualified for that and if you're interested I really suggest you to read the amazing series of articles written by Giulio Canti directly: 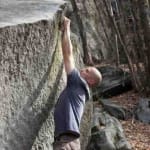 However, I just wanted to give a basic explanation of the Either monad and how I felt it would be just what I'd need for Prism

An Either is a tagged union that holds a value whose type depends on the tag property.

What you want to store in such a structure it's ultimately up to you, but what's mostly used for in all the code I saw so far in the wild is essentially to hold errors (usually put on the Left) and the value (usually on the Right) in as an alternative way to throw an exception when something is going wrong.

For instance, consider this function:

and now let's rewrite it to use the Either tagged union:

Such changes inevitably will mandate a change in the function signature:

And it also made me observe something:

Obviously, these points didn't come in my mind all at once; it required some effort and education to get past the "meh, does not look so good" phase and understand the concepts and the benefits it would bring (and make the coworkers excited about it, but we'll discuss this later).

I was still super skeptical about it, but the bell was ringing. At that time, I had the two considerations in mind:

It was worth giving it a try; but how do you introduce such stuff in a codebase that's already in progress, with other people working on it and that's close to a major release?

We'll explore that in the next article.

An Introduction to Vue 3 and Typescript: Refs and reactivity

NodeJS with ExpressJS and TypeScript part 1.