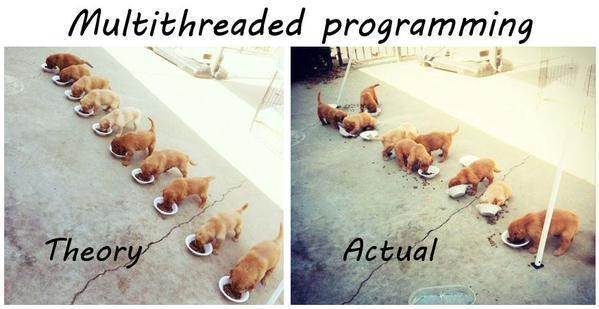 Why do you need multithreading

In the distant past, computers did not have operating systems. They only executed one program from start to finish, and that program had direct access to all of the computer's resources. Not only was it difficult to write a program that would run on bare metal, but running only one program at a time proved to be an inefficient waste of computer resources.

With the advent of operating systems, it became possible to run several programs at once. Programs were launched in a process - that is, an isolated, independent environment for which the operating system allocated resources such as memory, file descriptors.

The need to develop operating systems with multithreading support was due to the following factors:

This counter is thread safe because the getNext () method contains the synchronized keyword, which is used to ensure thread safety.

That is, in this case, each thread that will call this method will receive the actual value. If any thread has not yet executed this method, another thread will be queued and wait for the first thread to complete.

If many threads have access to variables that can change state, then your program is broken. There are three methods to fix this. 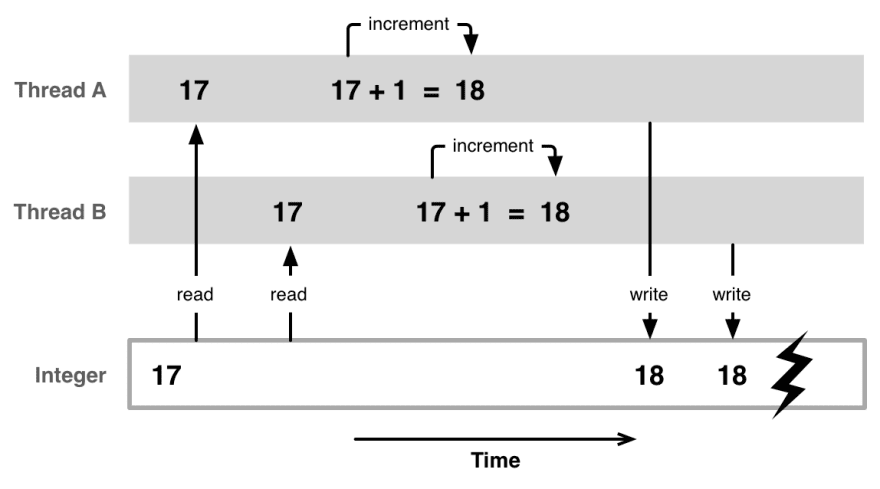 Let's imagine the worst situation. At 12:15 pm, you visited both Starbucks. What will you do?

Will you go back to Starbucks A? How many times are you going to go back there?

Until the consistency protocol is developed, you both can spend all day walking between Starbucks.

Do you think this code is thread safe?

Answer: No. This attempt to put an item into a collection if there is no such item has a race condition, even if both add & contains methods are atomic. Methods with the synchronized keyword in their signature can do individual operations atomically, but additional synchronization is needed when both such methods are combined in some complex action. Do not overuse the synchronized keyword, as over-synchronization can lead to performance problems.

This type of variable is convenient, but it has certain limitations. Basically, variables marked volatile are used as completion flags, interrupt flags, or status flags. But it is important to understand that volatile does not guarantee that the increment will execute correctly (since the increment consists of three operations)

Use volatile only in the following cases 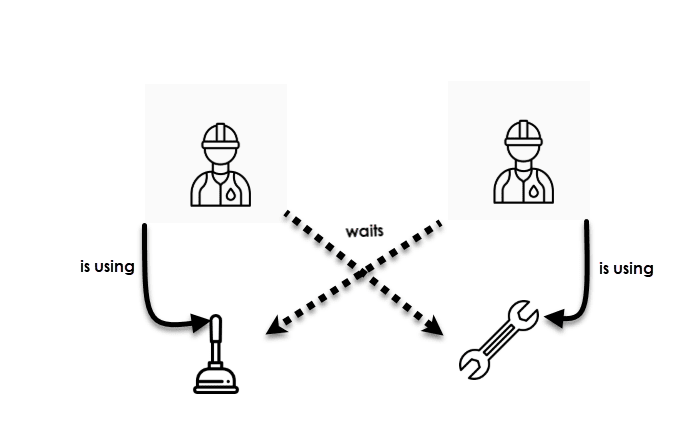 Fasting describes a situation where a thread cannot regularly access shared resources and cannot make progress. This occurs when shared resources become unavailable for extended periods due to greedy threads. For example, suppose an object provides a synchronized method that often takes a long time to return. If one thread calls this method frequently, other threads that also require frequent synchronized access to the same object will often block.

Thread Synchronization and its Application

Synchronization of threads is necessary in order to avoid the problems described above. There is a synchronized mechanism that allows threads to be synchronized

Every object in Java has an Intrinsic Lock (monitor). When a synchronized method is called from a thread, it needs to get this monitor. The monitor will be released after the thread finishes executing the method. This way we can synchronize the block of instructions working with the object by forcing the threads to get the monitor before executing the block of instructions. Remember that the monitor can only be held by one thread at a time, so other threads wishing to receive it will be suspended until the current thread exits. Only then can a specific waiting thread get the monitor and continue execution.