(Note: these posts are migrated from my previous medium.com blog)

A Midi Fighter is a music controller equipped with high quality arcade buttons for a great tactile feel, low latency action, and durability. Every button is also backlit with RGB LEDs, illuminating the translucent buttons with customizable colors and animations.

What can you do with a Midi Fighter?

Me? Not much. But check out what other skilled people can do:

After spending a few hours on YouTube watching amazing performances by these talented individuals (check out Shawn Wasabi’s YouTube channel), I decided I wanted to build my own! There were plenty of DIY projects out there on building a MIDI controller with an Arduino, but most of them lacked LEDs, or were in a larger form factor.

Designing the enclosure was the first step. I came across a lot of designs that used MDF or Acrylic boards as the mounting plate. I didn’t want any flex when pushing the buttons, and also a premium feel to the end product, so I opted for anodized aluminum plates to form the enclosure. 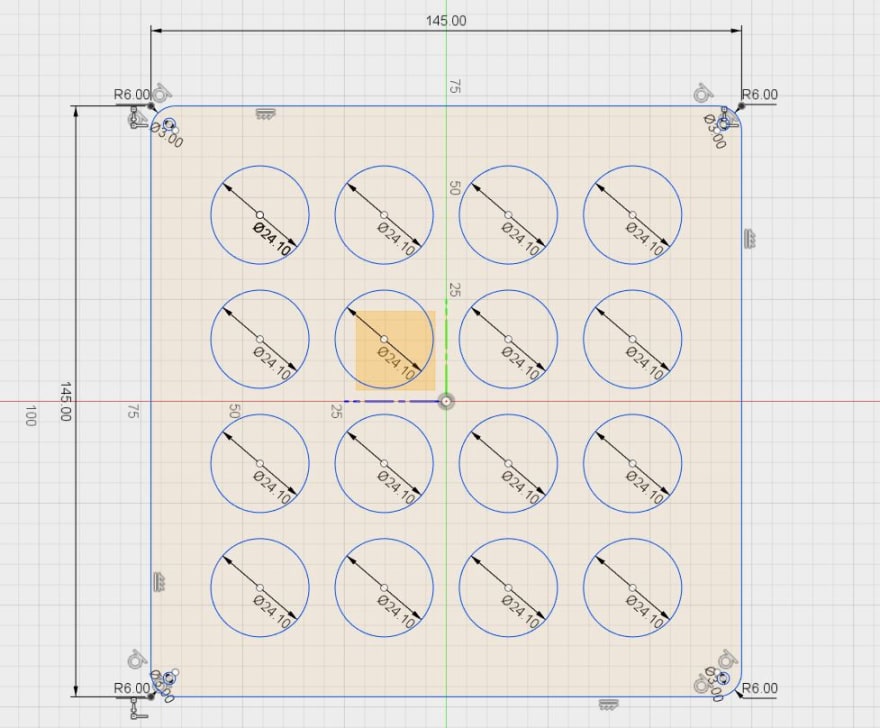 The PCB would be sandwiched between the top and bottom plates, and held together with M3 machine screws; on the 4 corners, aluminum standoffs would provide support and clearance for the arcade buttons, and components on the PCB. 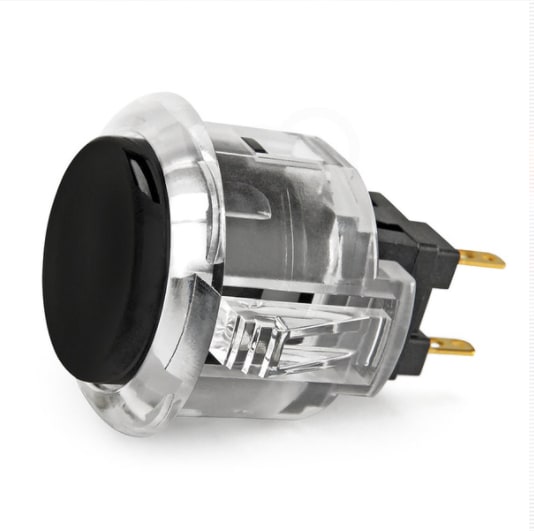 For the PCB, I designed everything using KiCad. The layout wasn’t too complicated as the board was fairly big (~15cmx15cm), so I had plenty of room to route the components. I did spend some extra time on the PCB art and also making sure all the dimensions were correct. The microcontroller is an ATmega32u4, with each of the 16 buttons connected to a GPIO pin. I chose this MCU because it’s the same one as the Arduino Leonardo, and I could take advantage of the many already available libraries. 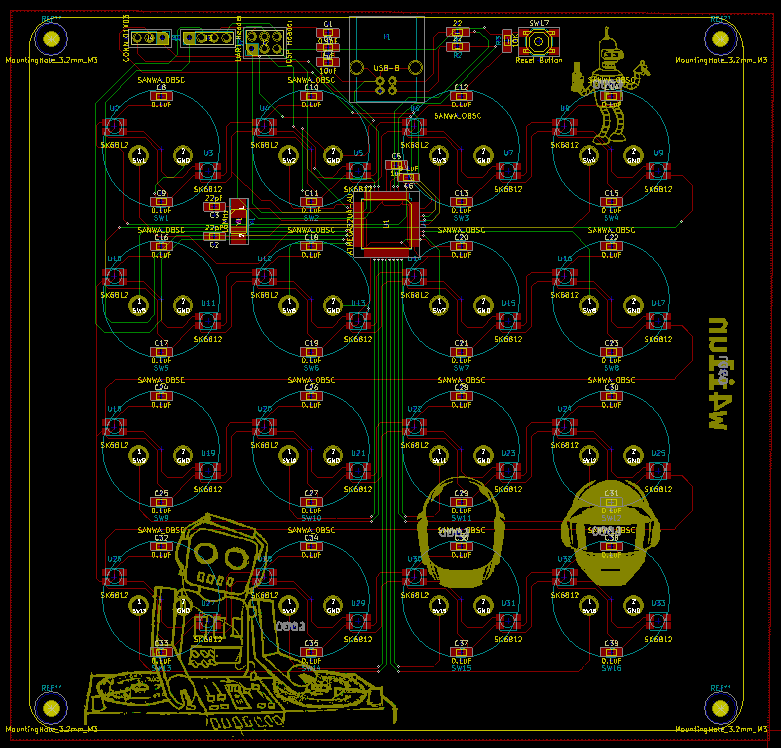 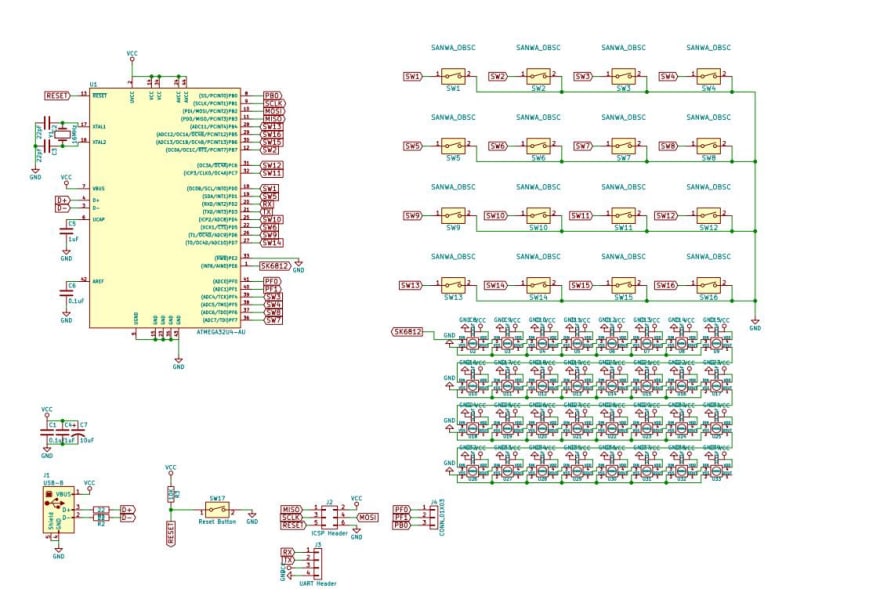 You may have noticed that there are 32 RGB LEDs on this board! To provide even lighting without using light pipes, I decided to place two of these LEDs at a diagonal underneath each button. Now because of the layout, the normal sized 5050 Neopixels were too large to fit, so I went with the SK6812 minis which are only 35mm x 35mm. 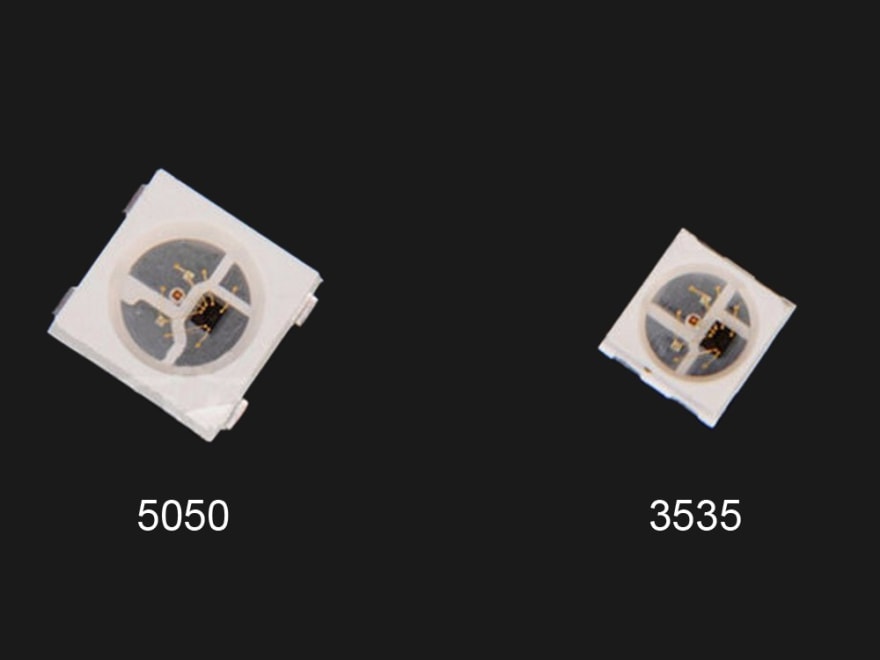 All the designs were submitted for fabrication and after about 10 days, I received all of the parts: 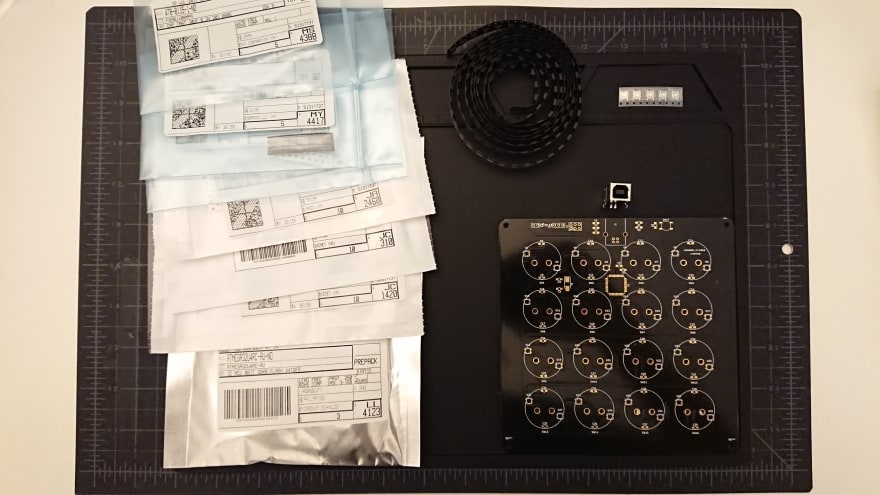 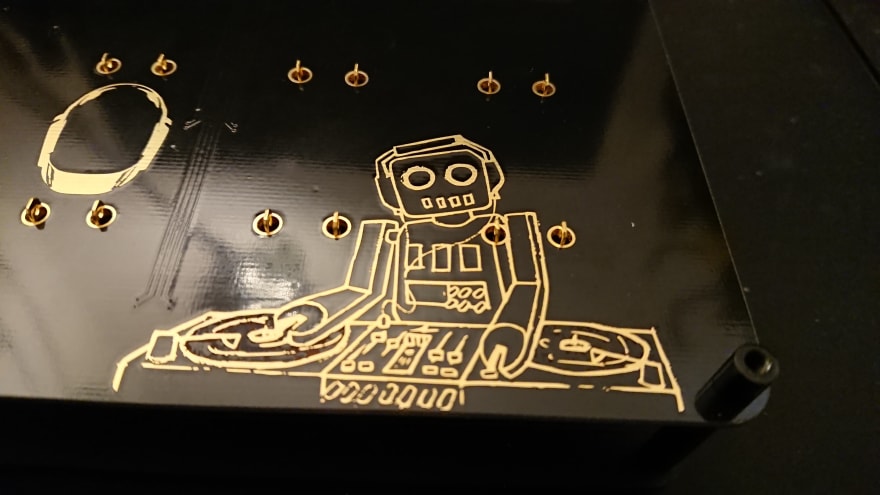 The first thing I wanted to test was to make sure the PCB, the buttons, and the mounting plate were all aligned properly: 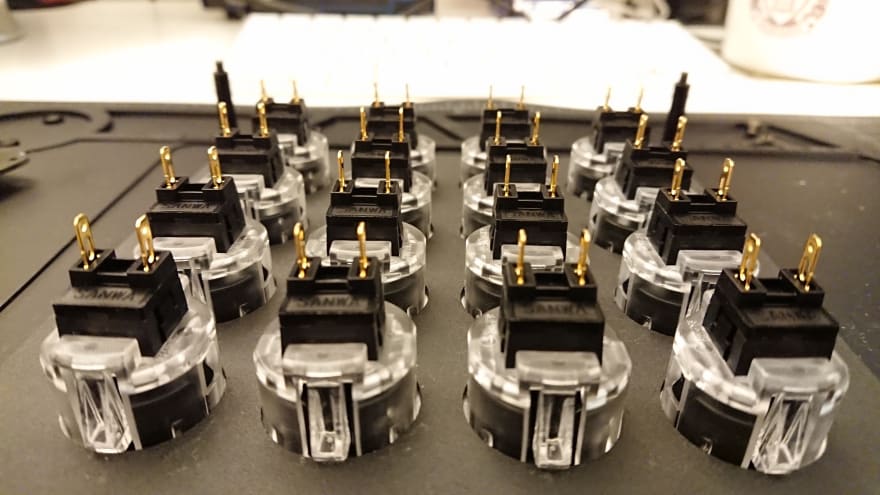 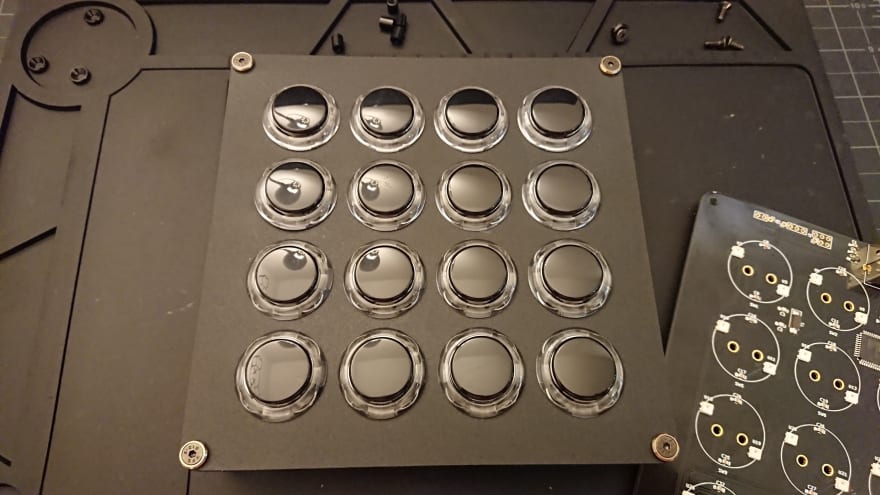 The buttons were really snug with the mounting holes. In retrospect, I should’ve designed it with a little more wiggle room and not precisely 24mm, as it is now close to impossible to remove the buttons.

All of the components were then soldered onto the PCB; I didn’t actually have to solder the arcade buttons because the mounting holes had enough friction to keep the pins in contact. Everything was then sandwiched together to form the final device: 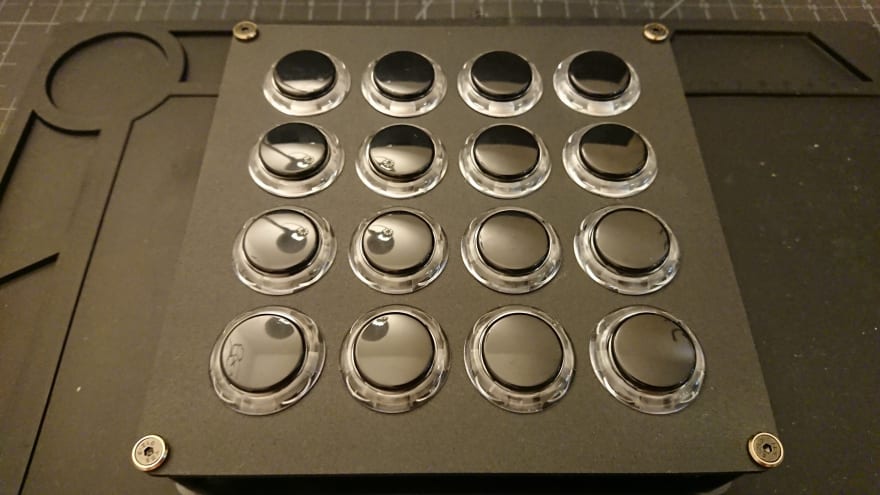 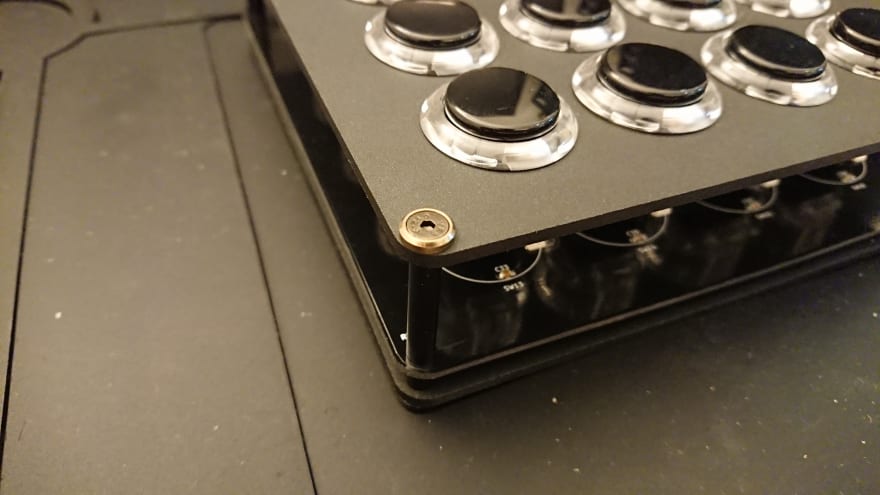 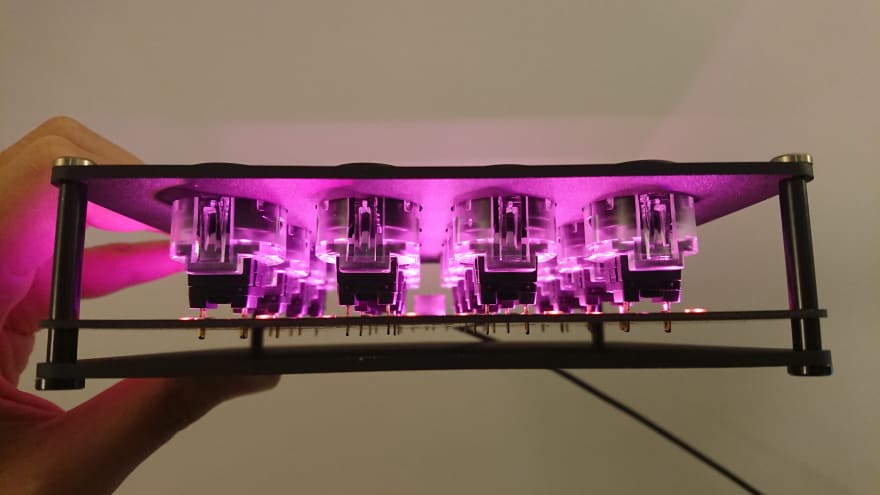 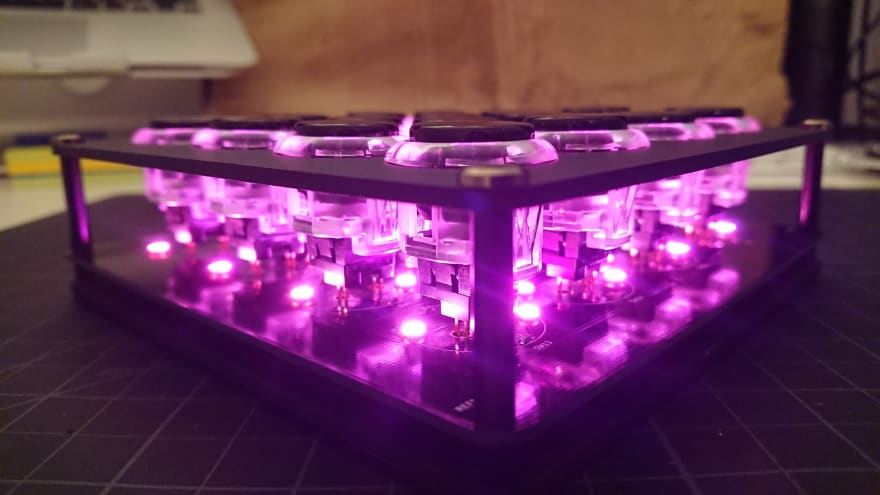 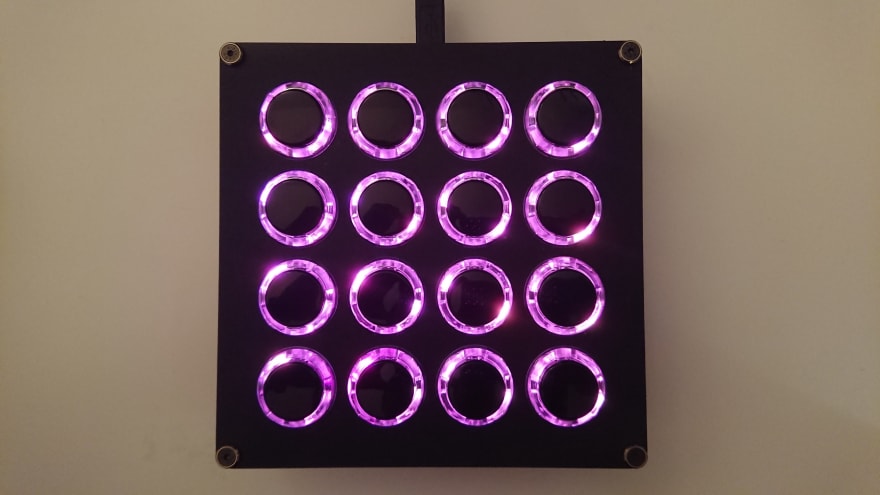 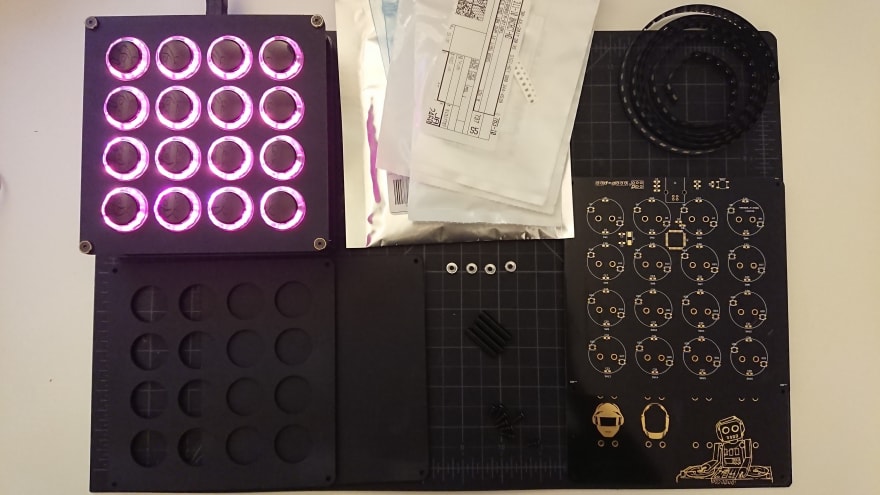 The first order of business was to flash the device with the Arduino bootloader, this would allow us to upload our firmware via USB with the Arduino IDE. This can be done using another Arduino as an ISP (in-system programmer). Once this is complete, your device should be recognized by the IDE as an Arduino Leonardo. I’ve included an ISP header on the top right corner of the PCB. 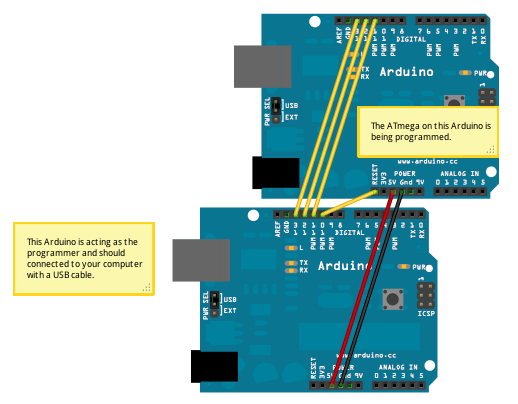 For the firmware, I used Adafruit’s NeoPixel library and the MIDIUSB library. All of the buttons were mapped to a different note, and the LED underneath would change from pink to white when pressed:

Firmware source code and hardware design files are all open source and available on GitHub: https://github.com/w4ilun/midifighter

I made the above track with GarageBand, it immediately recognized my Midi Fighter when plugged in; other music creation software e.g. Ableton Live, Traktor, etc. should also be supported. 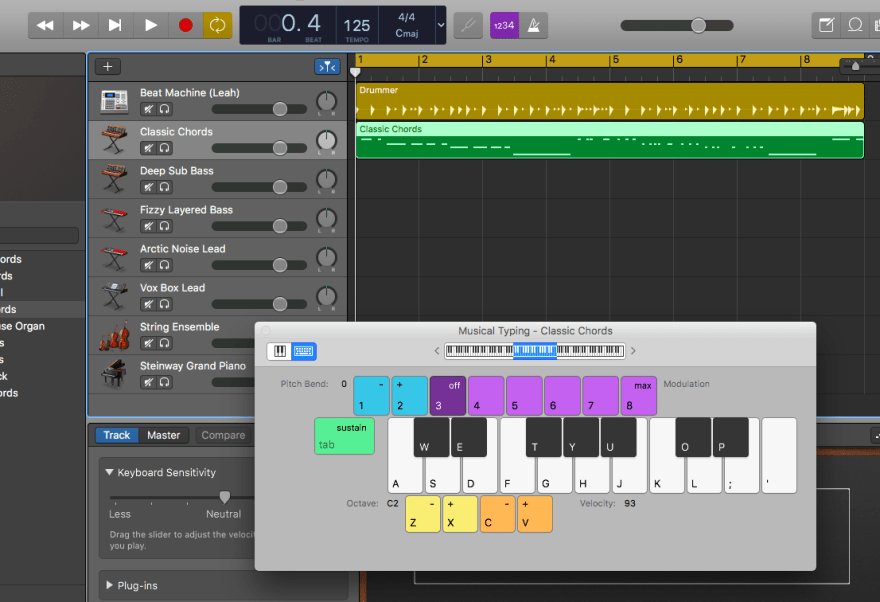 It would be great to have some GUI software that would allow you to easily design LED animations/patterns, as well as configure the button mappings to play different notes. Right now, everything is hardcoded, so any changes would require directly modifying the sketch. This would be a great opportunity to use WebUSB and do everything over a browser :)

Writing My Own Keyboard Driver

Once suspended, w4ilun will not be able to comment or publish posts until their suspension is removed.

Once unsuspended, w4ilun will be able to comment and publish posts again.

Once unpublished, all posts by w4ilun will become hidden and only accessible to themselves.

If w4ilun is not suspended, they can still re-publish their posts from their dashboard.

Once unpublished, this post will become invisible to the public and only accessible to w4ilun.

Thanks for keeping DEV Community 👩‍💻👨‍💻 safe. Here is what you can do to flag w4ilun:

Unflagging w4ilun will restore default visibility to their posts.