A very quick and effective trick to boost Android Studio

Originally posted on my Medium profile.

As an android developer, we get to spend a huge chunk of our time on Android Studio, the Google’s official compiler for developing native Android apps. Over the years, it has evolved into a very powerful IDE with lots of features and functionalities. But there are still some problems, which hasn’t been fixed yet for a lots of developers due to various reasons such as Gradle build time, Android Studio speed etc.

There have been many articles including official documentation on how to speed up. Some works and some not. But this article is not about gradle build time. Rather this is about more common but frustrating problem: slow Android Studio. Let’s see how to speed it and make it faster in some very easy ways.

According to Android Studio’s official system requirements, it takes at minimum 3 GB RAM to run smoothly. Honestly, its a lot and I believe that is the biggest cause of being it too slow all the time.

The android developers are always complaining about the speed of Android Studio and how its slow ALL THE TIME. This makes overall development slow and frustrating. It affects productivity negatively. 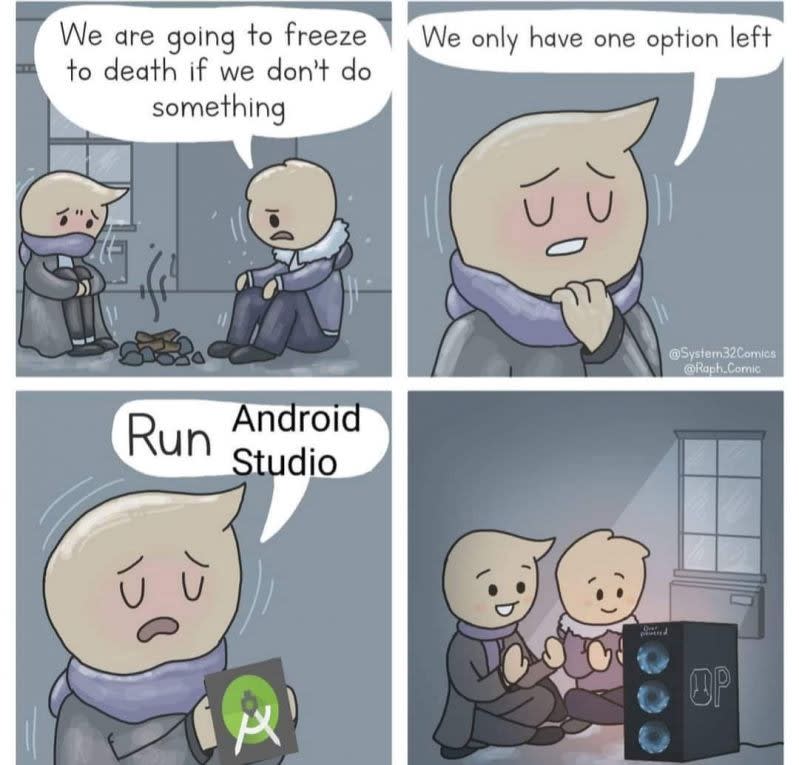 So enough chit chat. Let’s see how to make it a lot faster in a very easy way.

You might have read different tricks such as Offline Gradle, increasing memory in gradle.properties file, disabling Instant Run and so on. Let me show you a very easy way, shared by none other than Jake Wharton on Reddit about a year .

So, let me show you how to do this.

Now, disable or Check Off all the plugins which not usable for you. I have disabled following:

🤔 What If I Need Any Plugin Later?

For example, at some point your app needs Firebase App Links and you want to use the plugin. Then just enable it for a temporary time. Do your work. And then you can disable it again.

I hope this will fix your problem and make your Android Studio faster and your app development faster. 😃 Happy App Coding

If you liked this article, you can read my new article about my year in review of 2018 below: