For PrayerSurfer my goal is to be inviting to everyone. I've basically decided on the following rules:

It can't be strictly Christian, as other religions pray. It can't be religious as there are also non-religious people that pray. I'd like to keep gender out of it, if I can. Also, I'd prefer not to have the logo a word/words. This could be international, so iconography would be best.

So now the trick is to figure out what conveys prayer with non-religious and non-gender images.

With the rules in place, I began to think about what conveys prayer?

I can't draw worth a damn, but I can use paint.net. I'm sure if I hired an artist they would blow me away.

I wrote the above a week ago, although I agree with most of the rules above, I decided that iconography is good, but after playing with some images I decided to use some words as using strictly images got cartoonish looking. Which is also an assumed rule that I don't want the logo to be.

After a week of not really thinking about the image for a week. Today I decided to look at images of prayer. I found a cool clip art of a person in a prayer position. Then I found one with a person in prayer with the wifi signal above the head. I loved this one! However, I couldn't find a stock image of that one. I used the praying person and the wife symbol to create my own image. 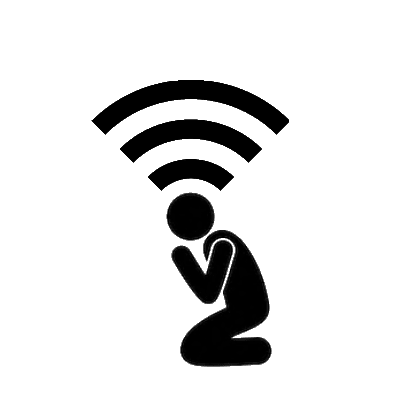 I then started to look at surfboards for the "surfer" part. What I decided was to just use a surfboard outline, then just combine the 2 images to convey the
"prayer" & the "surfer" aspect. 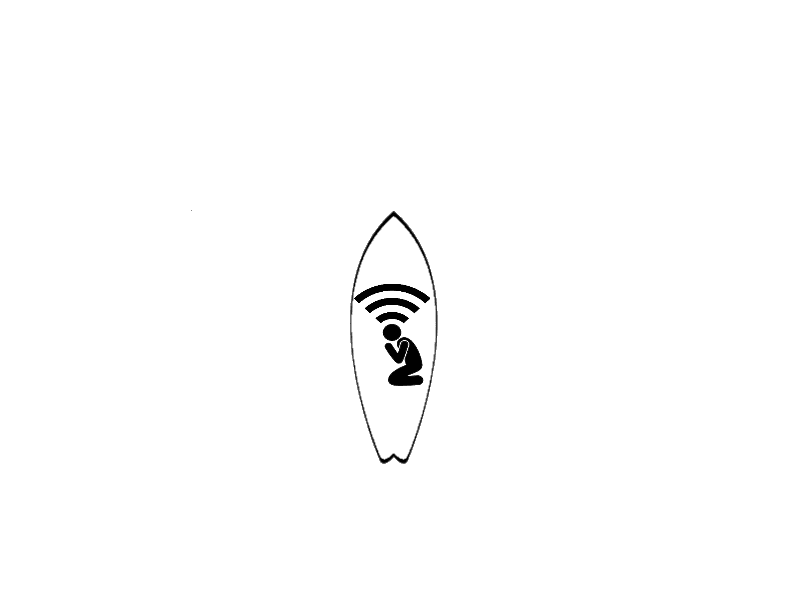 I think I found my logo font. When I was looking for images of "Prayer", I found an image of a shirt that had the words Prayer Warrior in a Stencil. I found a Stencil font, downloaded it to my machine created the text PRAYER SURFER. 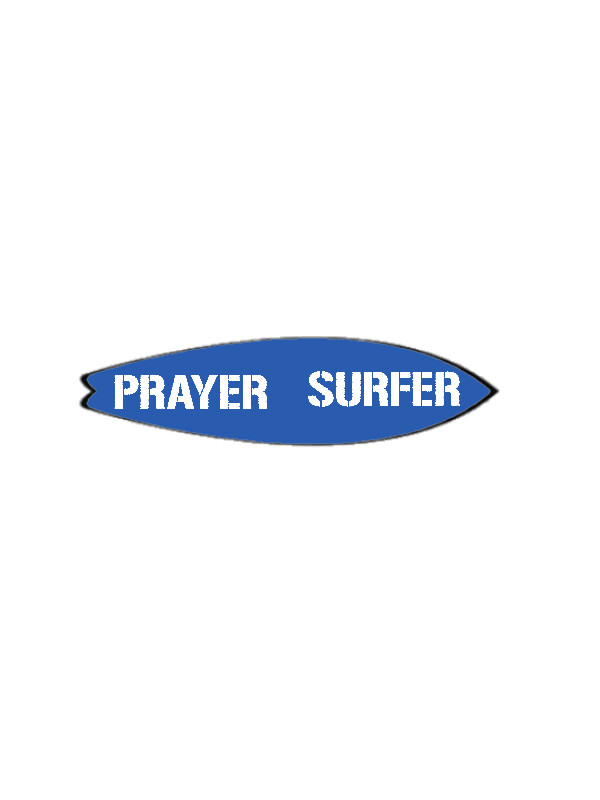 I started to go down a path with creating a simple sand dune, then I had 2 surfboards next to each other. Then I was playing around with the orientation of the boards. Then I added text to one of the surfboards... Then I added a palm tree... And... It just didn't look right. To me it looked cheesy.

I decided that wasn't going to work, but I did like certain aspects of the original image. I liked the prayingwifi image, and I thought the surfboard was simple but interesting. However, this is where I decided to break one of my original rules. I liked the text, but I didn't want it on another surfboard. So I decided to make the text stand alone in the stencil font. What I came up with, was this:

The thing with logos, is that they can be tweaked. This is version 1. I'm sure when I show this to my friends and family there will be good suggestions. I look forward to that.

Let me know what you think. I'd also love to know how you create your logos.

LiteSpeed Web Server: The Ultimate Guide To Speed Up Your Website

Jeff V
I have over 20 Years of Web, Desktop and Mobile software development - Looking to lead and mentor teams as well as write quality code!
My technology upgrade of 2019
#programming #webdev
Nightmare bosses
#career #webdev
Learning how to be a good steward
#webdev #programming #career #mentoring

Once suspended, webdad3 will not be able to comment or publish posts until their suspension is removed.

Once unsuspended, webdad3 will be able to comment and publish posts again.

Once unpublished, all posts by webdad3 will become hidden and only accessible to themselves.

If webdad3 is not suspended, they can still re-publish their posts from their dashboard.

Once unpublished, this post will become invisible to the public and only accessible to Jeff V.

Thanks for keeping DEV Community 👩‍💻👨‍💻 safe. Here is what you can do to flag webdad3:

Unflagging webdad3 will restore default visibility to their posts.