👉 As i said earlier , when i was beginning with programming i was so foolish to not to follow coding principles like DRY (don't repeat yourself).

👉 One definition was assigned to me , which was "write a program where have to do addition of 2 numbers 3 times"

👉 The code i wrote earlier :

👉 This does make sense as a beginner , but when you think in terms of performance optimization , speed and quality of code - this doesn't make any sense.

👉 After that i was introduced to concept known as Function

👉 According to internet , Functions are one of the fundamental building blocks in JavaScript. A function in JavaScript is similar to a procedure—a set of statements that performs a task or calculates a value, but for a procedure to qualify as a function, it should take some input and return an output where there is some obvious relationship between the input and the output.

👉 To put it more simply and making it clear we'll go to our previous definition of 3 times of addition. so what we can say is that a perfect function is a mechanism to reduce that 3 times repeating code into simple block of code which can work for 3 or 30 or even 300 times depending on logic inside it. function simply means act of writing a reusable code.

👉 Making a function can be defined in three steps 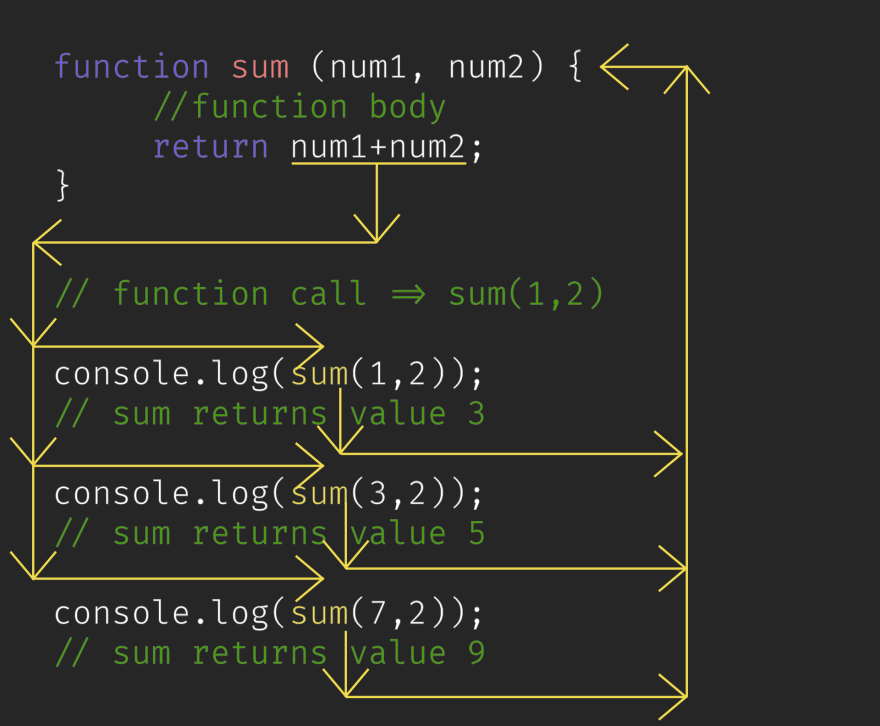 👉 functions takes parameters as input process it in function body and returns output.

👉 Name of function should be unique

👉 Function should be defined somewhere in program before calling it

👉 Function may or may not take parameters

👉 Function may or may not return value

👉 Function can be called multiple times during execution

👉 Example of function without params and return statements

Let me know in comment section if you have any doubt or feedback. it's always worth to give time to thriving developer community :)