Creating production-ready containers for use in commercial-grade apps can be a far cry from the "get started with Node.js and Docker"-type of tutorials that are common around the Internet. Those guides are great for introducing all the advantages of Docker containers in modern cloud-native development, but creating a container that passes muster in a large-scale application in production is a different story.

For production-ready containers, there are three key things you want to optimise for when creating a container:

Image size and build speed ensure that your containers can move through CI/CD and test pipelines easily and efficiently. Security is obviously critical in today's software supply chain, and containers have their own set of security issues. Thankfully, reducing container image size actually can alleviate some security issues in containers.

In my Basics article, I showed you some easy techniques to improve your Dockerfile using a sample "Hello World" Node.js application. 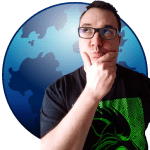 These basics address all three optimisations, though they only scratch the surface.

Let's look at some more advanced techniques for Container Optimisation.

Keen readers who make it to the end of the article will unlock a bonus! 🎁

The very first thing you'll encounter when looking for techniques to create smaller containers is Alpine Linux. Alpine Linux is an open source project whose goal is to create a bare-bones 🦴 version of Linux that lets developers "build from the ground up."

Pros: Transitioning to Alpine can be an easy way to get a smaller container

Reducing image size with Alpine can be incredibly simple - under the right circumstances. For some apps, it's as easy as changing the base image in your Dockerfile:

Easy, right? Not so fast.

Cons: Using Alpine images can lead to build problems, now and in the future

There are some not so obvious gotchas with using Alpine images that don't crop up in our super simple example application, such as:

You have to install everything

Those tiny base images have to sacrifice something, right? Alpine users will be installing everything they need, right down to time-zone data or development tools. You won't need your development tools for your production image, most likely, but for most developers, the thought of a server without curl or vim is a bridge too far.

You'll also be installing any dependencies with the Alpine Package Keeper tool (apk) instead of the more familiar apt or rpm. The differences are small, but can trip up unsuspecting developers.

Finally, while Alpine has been around for nine-plus years, it is and likely always will be a smaller and more specialised user base than established Linux distributions such as Ubuntu and Debian. To wit, at the time of this writing the alpine tag on StackOverflow has just 1,280 questions, compared with over 54,000 for Ubuntu.

The next tactic you are likely to encounter when searching for ways to reduce Docker image sizes is multi-stage 🏗 builds. This tactic, recommended by Docker and many in the Docker community, is essentially building the image twice. The first set of commands builds your base application image, all things included. The second set of commands builds an image off of that base image, taking only what's needed and leaving out anything that's not.

With a multi-stage build, our Dockerfile would look like this. Notice the two FROM statements. The first builds the application image; the second copies the necessary files from that image into the second, more production-ready version.

Pros: Dev and Prod images can be built separately

When combined with Docker Compose, this approach gives developers a flexible development environment while reducing bloat in the production images. You can simply use your initial image for dev/test and the final version for productions. Multi-stage builds work especially well for Go containers, significantly reducing image size, but also work well for static Node.js and React-type applications.

Multi-stage builds are still relatively new 🌱 on the scene. For most developers still new to containers, knowing what to copy over to the final production image and what to leave behind is a major barrier to entry. Further, this pattern can run into challenges.

Since we're already using an Alpine image, the size savings are relatively minor for our "Hello World" example. You'd expect to see greater gains in a full-blown React or Vue application.

There are several tools - and new ones emerging every day - that look to bypass or automate Dockerfile authoring to make image creation easier. Buildpacks are the most mature of these technologies, and can be used through tools like Pack or Waypoint.

There are builder options from multiple sources - Heroku, Google, and Paketo are common favourites - and each gives you a slightly different developer experience and final image when used.

Pros: When they work, they work

In certain instances, Buildpacks can take the pain out of Dockerfile authoring and just create container images of your application with no fuss. The pack tool is looking for "app-like" files in your source directory, and automatically figuring out what kind of application is there and how to containerize it. In the case of our Node sample, it sees package.json and correctly assumes we have a Node.js application.

Cons: When they don't…

Given the relative newness of this approach for Docker containers, there are a lot of gotchas with Buildpacks. Non-standard applications or operating systems can struggle, and we've had issues running them successfully on the new Silicon Macbook Pros. The resulting images vary a lot - we saw a range of 200MB to 800MB in our examples - and the results tend to be lower than what you'd get with other techniques.

The DockerSlim open source project was created by Slim.AI CTO Kyle Quest in 2015 as a way to automate container optimisation.

DockerSlim (docker-slim): Don't change anything in your Docker container image and minify it by up to 30x (and for compiled languages even more) making it secure too! (free and open source)

Optimize Your Experience with Containers. Make Your Containers Better, Smaller, More Secure and Do Less to Get There (free and open source!)

Don't change anything in your Docker container image and minify it by up to 30x making it secure too! Optimizing images isn't the only thing it can do though. It can also help you understand and author better container images.

Keep doing what you are doing. No need to change anything. Use the base image you want. Use the package manager you want. Don't worry about hand optimizing your Dockerfile. You shouldn't have to throw away your tools and your workflow to have small container images.

Don't worry about manually creating Seccomp and AppArmor security profiles. You shouldn't have to become an expert in Linux syscalls, Seccomp and AppArmor to have secure containers. Even if you do know enough about it wasting time reverse engineering your application behavior…

Simply download and run docker-slim build <myimage> and DockerSlim will examine the image, rebuild it with only the required dependencies, and give you a new image that can be run just like the original.

DockerSlim means you can work with whatever base image you'd like (say, Ubuntu or Debian) and let DockerSlim worry about removing unnecessary tools and files en route to production. The best part is that DockerSlim can be used alongside any of these other techniques. Once tested, it can be integrated into your CI/CD pipeline for automatic container minification, and the reduction in size leads to faster build times and better security.

As with any open-source software, DockerSlim can take some time to get working, especially for non-trivial applications. It works best for web-style applications, micro-services and APIs that have defined HTTP/HTTPS ports which the sensor can find and use to observe the container internals.

For best results, spend some time getting to know the various command flags available to tune your image, and take a look at the examples for whatever framework you're using.

Minified application examples with different languages and stacks for DockerSlim

There's an active DockerSlim Discord channel full of experts who can help you triage issues as they arise.

Follow me here on dev.to, the SlimDevOps Twitch 📡 channel and SlimDevOps YouTube 📺 channel where I'll be doing more deep-dives into container optimisation using DockerSlim and the Slim.AI platform in future posts and live-streams.

And, if you got to the end of this article dear reader, then here is a bonus for you; an early access invite to the Slim.AI private beta 🙂

Once suspended, wimpress will not be able to comment or publish posts until their suspension is removed.

Once unsuspended, wimpress will be able to comment and publish posts again.

Once unpublished, all posts by wimpress will become hidden and only accessible to themselves.

If wimpress is not suspended, they can still re-publish their posts from their dashboard.

Once unpublished, this post will become invisible to the public and only accessible to Martin Wimpress.

Thanks for keeping DEV Community 👩‍💻👨‍💻 safe. Here is what you can do to flag wimpress:

Unflagging wimpress will restore default visibility to their posts.