I stumble upon these few magical methods during my Kotlin journey:

They are magical because they can perform some Kotlin magics and at the same time greatly resemble English words. Thanks to the resemblance, I even tried forming sentence using them. Let's assume Apply is a person name, I can make a grammatically correct English sentence with them: it also let Apply run.

Nonsense apart, I find it really hard to understand the usage based on their names.

There are also with and other friends in the Standard.kt, but I want to keep this post focus. So I'm leaving out the rest. Actually I'm just lazy to cover them all ಠ_ಠ. I want to go do some snowboarding instead, it's winter already, yay! ^3^

There's a famous saying "to begin learning is to begin to forget". So let's forget about it also let apply run for a second. Ok, I just made that up. Let's start with a simple requirement.

Let's say you have a pug. 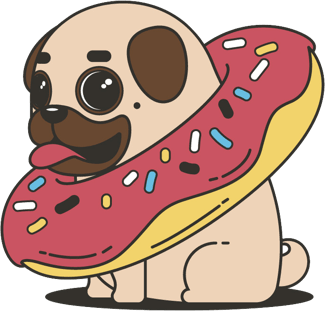 and you want to add a horn to it.

Here's the code for doing this.

Now it has became a pug with horn, let's call it hornyPug: 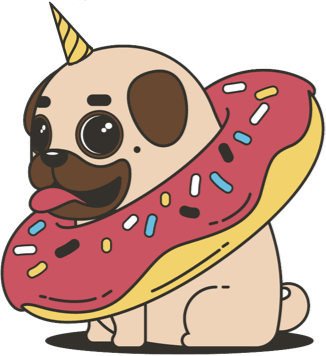 From pug to hornyPug, the original pug has changed. I call this "transformation".

Take a look at the Standard.kt for the how let and run is written:

It can be hard to read at first, let's only focus on the return type for now:

What it means is T type will turn into R type after let or run.

In the case of our example, pug is T, hornyPug is R.

Let's do the same thing for this.

Say you have a pug in a trash can. (hint: trash can is not important) 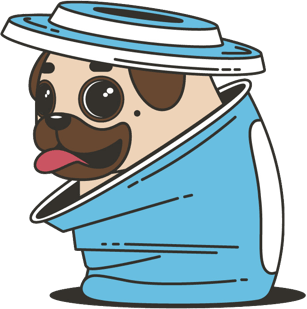 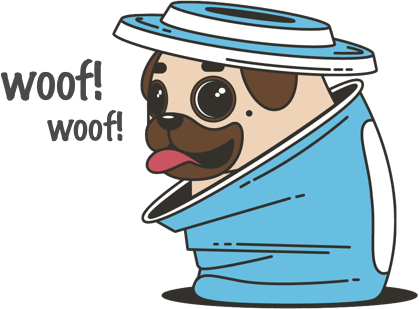 After barking, it's still the same old pug.

Before and after .bark(), pug is still pug, nothing changes.

Take a look at the Standard.kt for the how apply and also are written:

Notice that now it doesn't have R type, because T the original object type, is returning T after apply or also.

In our case, T is pug, and it remains the same before and after.

When there is no transformation, use apply or also.

3. A little confusing, how about renaming?

Most of the developers who I talked to find it also let apply run naming to be confusing. I am wondering if it would be easier to understand if we have a better naming?

Let's try this, Kotlin allows us to import a method name as another name.

Let's check the example use case.

If we need to create a file, and configure it:

In the code above, we configure file by running 3 lines of code. At the end, file doesn't change into something else. So no transformation. We use the perform version.

In this case, performIt will work too:

But perform is better, since we don't really need it

3b. perform task on an object - performIt()

If we need to perform a task on an object, for example, when a crash happens, we want to send the user.id, user.name, and user.country to Crashlytics.

In this case, there is no transformation going on. I choose the performIt() version.

The perform() will work too.

It's a matter of preference, whether to choose perform or performIt. I don't think we should waste too much time thinking about which to be chosen.

Let's say we have a method to create ViewHolder.

We can see that itemView is transformed into PugViewHolder at the end. So we can use the transformIt version.

Again, the transform() version will work too. So I'm not writing 3d.

Consider a case where we need to 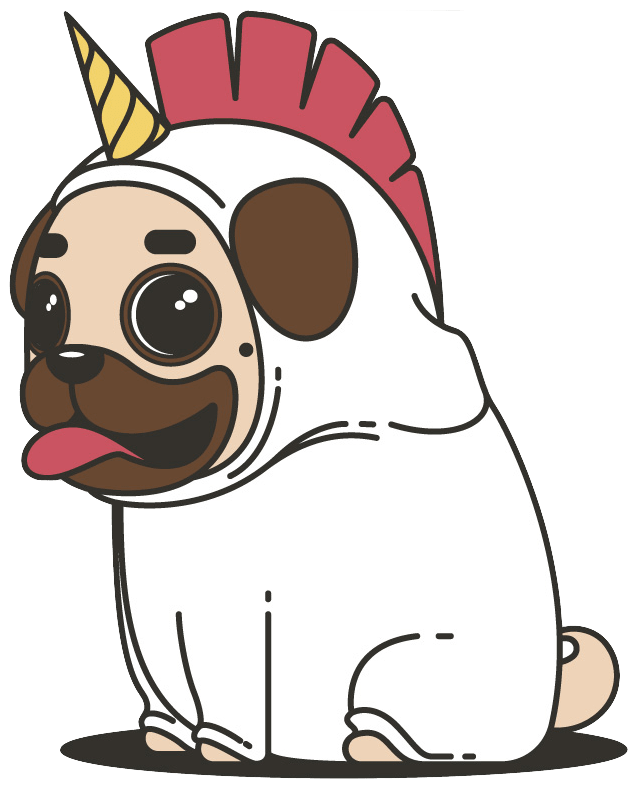 All pugs are taken from freepik, no pugs are hurt in the making.

In what ways you can minimise the maintenance cost for ReactJS apps?