Listening is a skill. We don't think it is, because it doesn't seem as if you need to do much to listen. That's because we confuse it with hearing. We hear someone's voice, so we think we're listening.

But that's not necessarily true. We often don't listen. Sometimes, we simply wait for someone to finish so we could say our bit. While the person's talking, we're rehearsing what we'll say in our head. We might be hearing someone's voice, but we're not listening.

There are countless examples where we hear, but don't listen. And even when we're actively listening, we often (unintentionally) misinterpret or misunderstand what the other person is saying.

That's why listening is a skill. In fact, it's a skill worth getting much better at. There's even a term for good listening: active listening. This article will talk about how you can get better at listening, why active listening is good, and how to listen actively in a remote work environment. Let's go.

How to Listen Better

Instead, try to step inside the speaker's shoes. Have deep empathy for them and what they're trying to say. What are they really trying to tell you? What does it mean to them? How do they see the situation they're describing?

Secondly, listen for everything they're trying to say. People don't just communicate with words. Every message has two aspects:

In certain situations, content is more important. But sometimes (and more often than you think) the speaker is communicating a particular feeling about their message too.

How they feel about something is often noticeable in voice inflections, tonality, movements, body posture, eye movements, and even how fast they're breathing. Sometimes, people mask their feelings. Sometimes, they don't.

When replying, you can either address the content of the message or how the speaker feels about it. We often forget about the latter part, although it can be a rich way to continue a conversation. When you notice that someone is upset or angry about something, it's often worth addressing it ("you seem angry") instead of addressing the content of their message.

Fourthly, it's important to understand that we all have a certain identity we've built for themselves. It's who we think we are and it's very important to us. Sometimes, however, this identity might not be who we actually are (or how others perceive us). Consider the awkward teenager who thinks he's a top athlete or the manager who thinks he's brilliant at what he does. 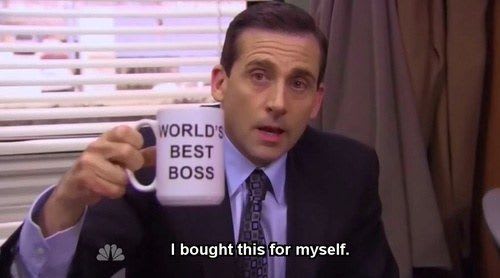 Even if they're not who they think they are, it's important not to attack or threaten someone's identity. They'll close up as a result and won't tell you nearly as much.

That's why you have to be very careful with giving advice or even information that nudges them a particular way. People can sense whether you're trying to manipulate them and no one likes it.

In addition, it's not because you tell someone that "it takes time to become a great programmer" that they'll suddenly become more patient. Advice is rarely listened to and information rarely acted upon. It's much more powerful to have someone come to a particular insight by themselves instead of saying it to them.

These four steps will get you a long way towards becoming a better listener. Combine active listening with asking better questions and people will find you a great conversationalist (even if it's mostly them who do the talking).

Active listening is about having respect for a fellow human being. Much of the world's misery comes from miscommunication. People listening to each other, wanting to understand each other, would solve many problems that are often plain rejections of the other (e.g. racism, xenophobia).

This counts for a group too. People who are listened to will listen better in return. You'll have fewer arguments and better communication in a group when everyone's listening actively. It will create an atmosphere of equality, freedom, understanding, and acceptance.

Listening Actively in a Remote Environment

Virtual active listening is different from listening actively when you're standing in front of someone. It's not as easy, but it's not impossible either. Here's what's important.

When you're on a video call with a group of people, you need to do non-verbally what you'd otherwise do with your voice. The little cues ("mhm", "yeah") don't work as well on a video call. Nod or smile instead. Project positivity.

In addition, a good facilitator will help a lot. Someone who plans the call and involves everyone. It's harder to pay attention on a video call than it is on a regular meeting (one of the reasons why X-Team has so few meetings). If there's someone who can guide the conversation, it'll help a lot.

When it comes to chat, I'm a big proponent of using emojis and GIFs to convey the total meaning of a message. They convey nuance that really helps understand how a person feels about their message.

All mean very different things. Use emojis to convey nuance.

Many problems start with miscommunication. Active listening can significantly reduce misunderstandings between people. You can listen actively by:

Active listening in a remote environment can be done by having a facilitator on video calls, projecting positivity on video, and by using emojis or GIFs in chat.

Five biggest mistakes I made in my first job as a software engineer.

How do you keep organised? 🤔

Top five resources to boost up your web developer journey

5 Good Habits of a Software Engineer