Hello hello :3, welcom back. This is the part number 6 for the series Java Performance that summarize the java performance book by Scot Oaks

In the previous chapter we have talked about the JIT compilers in Java, and introduced the new VM GraalVM. We have also discussed some important tuning flags regarding the JIT and the tiered compilation.

In this chapter we are going to talk about Garbage Collectors in Java. We will mention breifely how they are working and the difference of performance between them.

So, let's start the fifth chapter...

An Introduction to Garbage Collection

Because the performance of Java applications depends heavily on garbage collection technology, it is not surprising that quite a few collectors are available. The OpenJDK has three collectors suitable for production, another that is deprecated in JDK 11 but still quite popular in JDK 8, and some experimental collectors that will (ideally) be production-ready in future releases. Other Java implementations such as Open J9 or the Azul JVM have their own collectors.

At a basic level, GC consists of finding objects that are in use and freeing the memory associated with the remaining objects (those that are not in use). 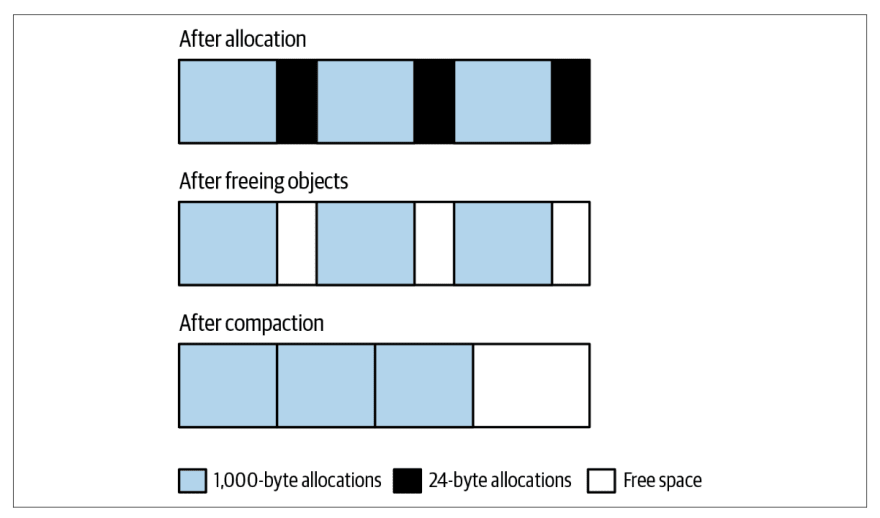 Though the details differ somewhat, most garbage collectors work by splitting the heap into generations:

This design has 2 performance advantages:

The following table lists the algorithms and their status in OpenJdk and Oracle Java releases:

3- The G1 GC collector
The G1 GC (or garbage first garbage collector) uses a concurrent collection strategy to collect the heap with minimal pauses. It is the default collector in JDK 11 and later for 64-bit JVMs on machines with two or more CPUs.

G1 GC is enabled by specifying the flag -XX:+UseG1GC.

4- The CMS collector
The CMS collector was the first concurrent collector. Like other algorithms, CMS stops all application threads during a minor GC, which it performs with multiple threads.

CMS is enabled by specifying the flag -XX:+UseConcMarkSweepGC, which is false by default.

5- Experimental collectors
Garbage collection continues to be fertile ground for JVM engineers, and the latest versions of Java come with the three experimental algorithms mentioned earlier. I’ll have more to say about those in the next chapter; for now, let’s continue with a look at choosing among the three collectors supported in production environments.

The choice of a GC algorithm depends

In these environments, the serial collector is usually a good choice, but at times G1 GC will give better results. This example is also a good starting point for understand‐ ing the general trade-offs involved in choosing a GC algorithm.

the serial collector wins because it spends much less time paused for garbage collection.

Let's take another example, the following table shows the response time for a web server that is handling roughly 11 requests per second on its single CPU, which takes roughly 50% of the available CPU cycles.

When to use the throughput collecotr
When a machine has multiple CPUs available, more-complex interactions can occur between GC algorithms, but at a basic level, the trade-offs between G1 GC and the throughput collector are the same as we’ve just seen. For example, The follosing table shows how our sample application works when running either two or four application threads on a machine with four cores (where the cores are not hyper-threaded).

When the elapsed time of an application is key, the throughput collector will be advantageous when it spends less time pausing the application threads than G1 GC does. That happens when one or more of these things occur:

Let's take another test. This test is the same code we used before for batch jobs with long calculations, though it has a few modifications: multiple applica‐ tion threads are doing calculations (two, in this case), the old generation is seeded with objects to keep it 65% full, and almost all objects can be collected directly from the young generation. This test is run on a system with four CPUs (not hyper- threaded) so that there is sufficient CPU for the G1 GC background threads to run.

Although GC algorithms differ in the way they process the heap, they share basic configuration parameters. In many cases, these basic configurations are all that is needed to run an application.
There are 4 basic areas that can be tuned for better GC in java:

A- Sizing the Heap

Like most performance issues, choosing a heap size is a matter of balance. If the heap is too small, the program will spend too much time performing GC and not enough time performing application logic. But simply specifying a very large heap isn’t neces‐ sarily the answer either. The time spent in GC pauses is dependent on the size of the heap, so as the size of the heap increases, the duration of those pauses also increases. The pauses will occur less frequently, but their duration will make the overall perfor‐ mance lag.

The first rule in sizing a heap is never to specify a heap that is larger than the amount of physical memory on the machine and if multiple JVMs are running, that applies to the sum of all their heaps.

The size of the heap is controlled by two values: an initial value (specified with -XmsN) and a maximum value (-XmxN). The defaults vary depending on the operating system, the amount of system RAM, and the JVM in use. The defaults can be affected by other flags on the command line as well; heap sizing is one of the JVM’s core ergonomic tunings.
The following table shows the default heap sizes for differenct operating systems:

B- Sizing the Generations

When the JVM loads classes, it must keep track of certain metadata about those classes. This occupies a separate heap space called the metaspace. In older JVMs, this was handled by a different implementation called permgen.

The metaspace behaves similarly to a separate instance of the regular heap. It is sized dynamically based on an initial size (-XX:MetaspaceSize=N) and will increase as needed to a maximum size (-XX:MaxMetaspaceSize=N).

All GC algorithms except the serial collector use multiple threads. The number of these threads is controlled by the -XX:ParallelGCThreads=N flag. The value of this flag affects the number of threads used for the following operations:

Since GC is central to the performance of Java, many tools monitor its performance. The best way to see the effect that GC has on the performance of an application is to become familiar with the GC log, which is a record of every GC operation during the program’s execution.

A- Enabling GC Logging in JDK 8

JDK 8 provides multiple ways to enable the GC log. Specifying either of the flags -verbose:gc or -XX:+PrintGC will create a simple GC log (the flags are aliases for each other, and by default the log is disabled). The -XX:+PrintGCDetails flag will create a log with much more information. This flag is recommended (it is also false by default); it is often too difficult to diagnose what is happening with GC using only the simple log.

B- Enabling GC Logging in JDK 11

JDK 11 and later versions use Java’s new unified logging feature. This means that all logging—GC related or not—is enabled via the flag -Xlog.
hen you append various options to that flag that control how the logging should be performed. In order to specify logging similar to the long example from JDK 8, you would use this flag:

The colons divide the command into four sections. You can run java -Xlog:help: to get more information on the available options, but here’s how they map for this string.

One thing to note: log rotation is handled slightly differently between JDK 8 and JDK 11. Say that we have specified a log name of gc.log and that three files should be retained.
In JDK 8, the logs will be written this way:

In JDK 11, the logs will be written this way:

For real-time monitoring of the heap, use jvisualvm or jconsole. The Memory panel of jconsole displays a real-time graph of the heap: 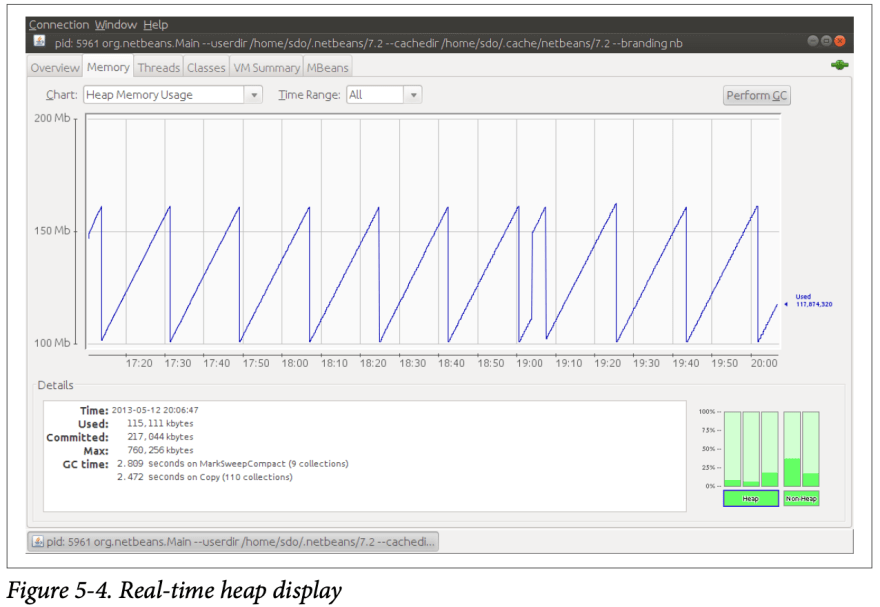 Aaaaaand that's it for today :D

How to Configure Vim as Your Main Python IDE