In the previous article, we demonstrated that we are going to discuss the great book Java Performance 2nd Edition by Scott Oaks.
In this article we are goind to summarize the first book chapter, Chapter 1: Introduction.
Please note that many senteces have been quoted from the book itself.
While you are reading this article, please consider that you are reading a summarized version of the chapter and chapter bold points only are included.

This book is designed for performance engineers and developers who are looking to understand how various aspects of the JVM and the Java APIs impact performance.
If it is late Sunday night, your site is going live Monday morning, and you’re looking for a quick fix for performance issues, this is not the book for you.

This is a book about the art and science of Java performance.

The book has covered the performance of Oracle Hotspot JVM and Java Developement Kit JDK version 8 and 11, This is also known as Java, Standard Edition (SE).
These versions of the JDK were selected because they carry long-term support (LTS) from Oracle.

JVM flags are curical parameters that you can pass to the java virtual machine to enhance the performance of your application.
With a few exceptions, the JVM accepts two kinds of flags: boolean flags, and flags that require a parameter.

From a performance perspective, the important thing about a machine is its number of cores. Let’s take a basic four-core machine: each core can (for the most part) pro‐ cess independently of the others, so a machine with four cores can achieve four times the throughput of a machine with a single core. (This depends on other factors about the software, of course.)
However adding more threads to this machine not necessirly increase throuput or make the program finishes quicker, will see more examples in the following chapters.

The biggest change in Java deployments in recent years is that they are now fre‐ quently deployed within a software container. That change is not limited to Java, of course; it’s an industry trend hastened by the move to cloud computing.
Two containers are important here:

This book is focused on how to best use the JVM and Java platform APIs so that programs run faster, but many outside influences affect performance.
Here are some notes for these outsides...

Ultimately, the performance of an application is based on how well it is written. If the program loops through all elements in an array, the JVM will optimize the way it per‐ forms bounds checking of the array so that the loop runs faster, and it may unroll the loop operations to provide an additional speedup. But if the purpose of the loop is to find a specific item, no optimization in the world is going to make the array-based code as fast as a different version that uses a hash map.

So even if your code should be neat, extensible and easy to read, you should also consider the performance while writing your code.
A subset of the team may argue that they are adding a small piece of code which will not affect the perfromance, then another part calims the same, and after some repition you will find that the progress may be affected by 10%.
Over time, as the small regressions creep in, it will be harder and harder to fix them.

premature optimization: A term often used by developers to claim that the performance of their code doesn’t matter, and if it does matter, we won’t know that until the code is run.
Notes:

This avoids the string concatenation altogether (the message format isn’t necessarily more efficient, but it is cleaner), and there are no method calls or allocation of the object array unless logging has been enabled

4.Look Elsewhere: The Database Is Always the Bottleneck

5.Optimize for the Common Case

we should focus on the common use case scenarios. This principle manifests itself in several ways:

Pareto principle: 80% of consequences come from 20% of causes. 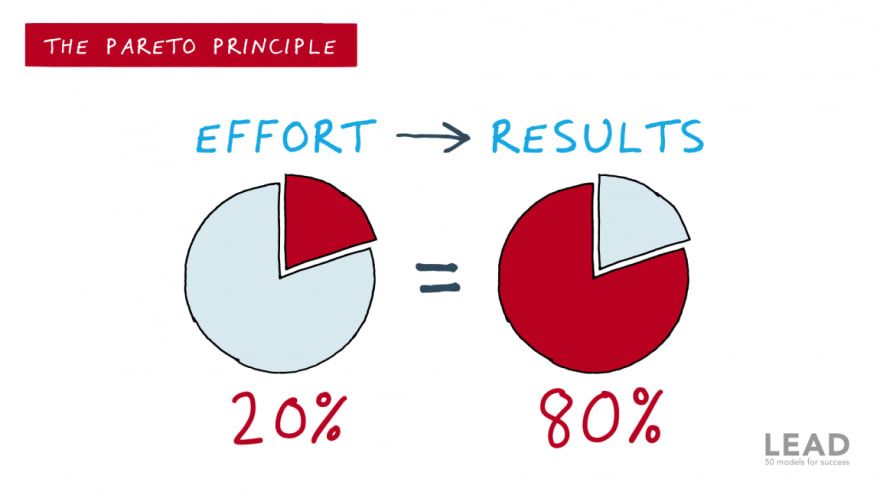 Once suspended, yousef_zook will not be able to comment or publish posts until their suspension is removed.

Once unsuspended, yousef_zook will be able to comment and publish posts again.

Once unpublished, all posts by yousef_zook will become hidden and only accessible to themselves.

If yousef_zook is not suspended, they can still re-publish their posts from their dashboard.

Once unpublished, this post will become invisible to the public and only accessible to Yousef Zook.

Thanks for keeping DEV Community 👩‍💻👨‍💻 safe. Here is what you can do to flag yousef_zook:

Unflagging yousef_zook will restore default visibility to their posts.