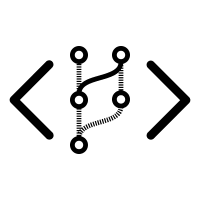 You can undo a Git merge using the git reset –merge command. This command changes all files that are different between your current repository and a particular commit. There is no “git undo merge” command but the git reset command works well to undo a merge.

How to Undo a Git Merge

Have you just merged two branches that you’re not ready to merge? Not to worry, Git has a solution for you. Developers merge branches all the time that should not be branched, so you’re definitely not alone in experiencing this issue.

Git relies heavily on branches. These are used to maintain separate lines of development inside a project. Branches allow you to work on multiple different versions of a repository at once. Merging combines two branches into one.

You can merge a branch into another branch whenever you are ready. This means that you can develop a feature or a bug fix on a separate branch. Then, you can make it part of your main project later.

To undo a git merge, you need to find the commit ID of your last commit. Then, you need to use the git reset command to reset your repository to its state in that commit. There is no “git revert merge” command.

The steps to revert a merge, in order, are:

Say we have accidentally merged two branches that should not be merged. We can undo these changes.

To start, we need to find out the commit ID of the commit before our merge on our remote repository. You can do this using git reflog:

Let’s run this command on a Git repository:

This command tells us that the last commit has the hash a9fdeb5.

Alternatively, you can use the git log command. But, the reflog command returns an output that is easier to read. This is why we opted to use reflog instead of the log command.

Revert to the Commit

We can use this hash to revert the merge commit with the git reset –merge command:

This command resets our repository to the state it was at in the a9fdeb5 commit on the master branch.

The –merge flag resets an index and updates all the files that are different between the current state of your repository and the HEAD.

This flag does not reset files with changes that have not been added to a commit. This makes it safer than using the oft-recommended git reset –hard command.

Once we have reset our repository, we can make the relevant changes to our code. Then, we can push them to a remote branch using the git push command.

The Git HEAD keyword refers to the latest commit in your repository. You can use the Git HEAD shorthand to undo a merge:

If you need to push the branch to the remote, and you have already pushed the merge, you need to use:

to let Git force the push and overwrite the history of the branch.
PAY ATTENTION: this can be dangerous if myBranch was already fetched by others in their own repo.

The git reset command undoes a merge. The –merge flag resets a repository but keeps files to which changes have been made that have not been added to your repository.

For More "The Final Guide" see the Index Page

Once suspended, zigrazor will not be able to comment or publish posts until their suspension is removed.

Once unsuspended, zigrazor will be able to comment and publish posts again.

Once unpublished, all posts by zigrazor will become hidden and only accessible to themselves.

If zigrazor is not suspended, they can still re-publish their posts from their dashboard.

Once unpublished, this post will become invisible to the public and only accessible to ZigRazor.

Thanks for keeping DEV Community 👩‍💻👨‍💻 safe. Here is what you can do to flag zigrazor:

Unflagging zigrazor will restore default visibility to their posts.