“The Art of War” by Sun Tzu is already well-known East Asian ancient warfare guide. It contains complex advice on how to approach an upcoming war, how to conduct the reconnaissance of the enemy, how to turn the enemy's weaknesses into our advantage, how to manage the army and, generally, how to succeed with massive military operations. “Ooook, but what all of this has to do with Project Management?” - you might ask. Well, a lot. Project Manager, just like the Commander of an army, should be able to properly set the initial concept, choose adjusted strategy and tactics, estimate available resources, manage those resources wisely, attain previously set objectives, gather information and recognize the risk bound to the planned procedures. For some of you, It may sound easy, but for sure it can be tricky - it gets a lot harder with a big scale project, simply because those require a lot more attention. But the bits of advice given in TAoW is as useful even when the project that you’re leading isn’t that big.

This article is my interpretation of TAoW related to comparison of conducting a war to efficient Project Management for a web or mobile app. I’m pretty sure that your opinions and reception of TAoW may be a lot different, that’s why I'm inviting you to discuss this subject in the comment section.

So, let’s jump to the first chapter!

According to TAoW, preparations for war are the best way to enter the conflict without chaos, randomness or insecurity. Many different factors are crucial in each battle and could overwhelm the scales of victory. For every commander it’s very important to be aware of those factors beforehand - after the war has started it is probably already too late to investigate them. We can see an obvious parallel to Managing Projects right there. When we know that there is a possibility of “war” (in our case - a new project) on the horizon, we should be prepared and we should be familiar with all of those factors, that could make an impact on our project in one way or another. But how could we define them? According to TAoW, five elements are important while pursuing a success: the Moral Law, Heaven, Earth, The Commander, Method and Discipline that might be useful. Let’s talk about each of them some more. 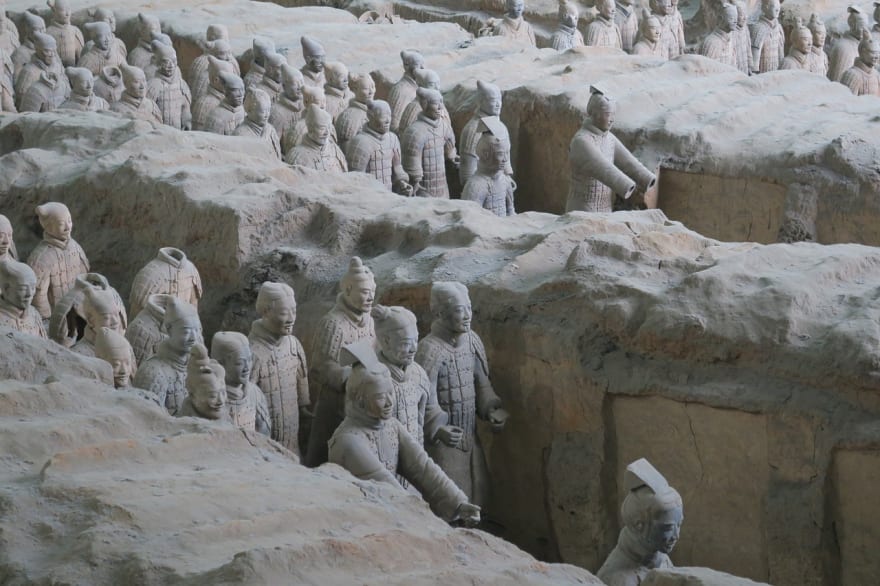 The Moral Law factor is responsible for willingness, that subordinates manifest about following their ruler. On the Moral Law depends, whether those subordinates will follow him undismayed. For this, the ruler has to earn their trust by showing that he is competent, reliable and, of course, trustworthy. Accomplishing complete accord between ruled (your team members) and their ruler (you, as PM) is always a great starting point to perform any complex maneuvers. The best way to accomplish that is to, simply, practice. When we and our team are put in the state of standby, we must have full clarity as to what actions should be taken, in what order and it’s nearly impossible without prior training. But how to train without having a new project already? Well, there are some possibilities. In our company, we started our project for learning purposes (assuming, however, that this project may bring more tangible benefits in the future, both for us and for others). It was a project of a web app, responsible for the efficient management of the football (soccer if you’re American ;) ) pitches in our city. The goal was making those pitches more available for residents and making the whole process of booking of sports facilities more organized. We approached this project just like we would approach any “real” project. We’ve designed basic functionalities, we prepared mockups for most of them, created documentation and we started to work on them. It was a bit challenging to coordinate because there was no permanent team of developers working on the project - those who had some spare time jumped in and those who were given new tasks in "real" projects were moving away from it. But we gained some experience and learned how to effectively organize ourselves - our practice exercise paid off.

Heaven described by Sun Tzu means the cycle of night and day, times, seasons and weather - all of the surroundings considerations. In our case seasons may respond to things like summertime, when a lot of people want to go on holidays - the time when developing a project could slow down. The same could be true in a winter holiday season, especially considering Christmas and New Year’s Eve (or different holidays, depending on the region). All of this could influence our estimations in a major way, so it is important to keep this in mind. The other crucial factor connected to Sun Tzu’s Heaven is the cycle of night and day. Your team members don’t have to necessarily work in the same place, they could be spread out all around the world. That’s why you must be prepared to coordinate their work while having in mind different time zones, which might not be an easy task. Those considerations won’t always be the same to you as a PM of course, but the ability to know your surroundings, limitations and making certain predictions about what is going to happen is extremely important. 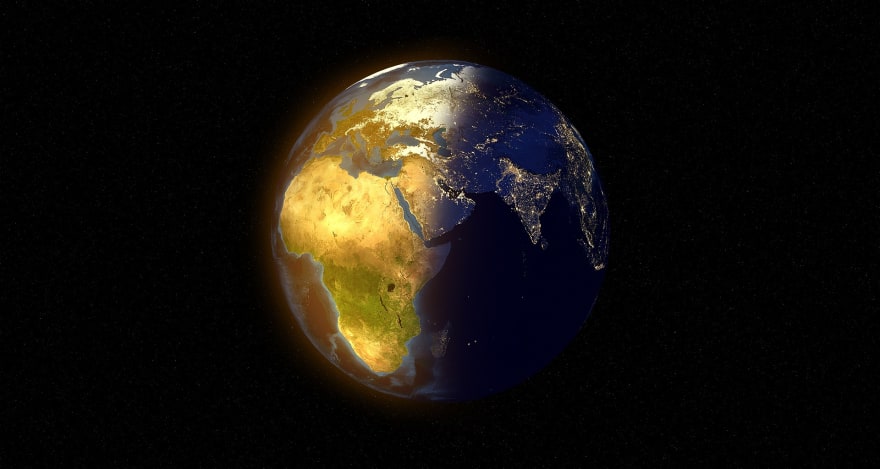 Earth mentioned in the first chapter of TAoW refers to distances, different terrains that might decide on success or defeat. As PM’s we, thankfully, don’t have to study topography, but we have to realize what kind of technology should be used in our project and what are the benefits and risks resulting from it. Just like good commander should predict how marching through narrow passes, steep hills or moldy swamps will impact mobility and safety of his army, you should predict how chosen technology - designated “path” - will impact maintaining the project or its expansion.

The Commander factor stands for all of the characteristics of a leader, that makes easy for subordinates to entrust management - his wisdom, honesty, strictness. When a Commander can display them, it shouldn’t be hard to believe that he is capable of leading others to success. It's worth noticing that wisdom and sincerity are considered more important than other Chinese cardinal virtues while courage and strictness are replacing uprightness of mind and self-respect, self-control. This means that, as the PM's, we should place particular emphasis on the correct interpretation of the information available to us, a reliable assessment of the current state of affairs, integrity and, at the same time, a certain and firm approach to the circumstances encountered, whether favorable or not.

Method and discipline refer to proper management of the available human resources, hierarchy and structure, provision of tools and adequate environment. It’s pretty simple really - just like in managing army, you have to manage your team working on project: determine the chain of command and responsibilities assigned to each member while providing everything that will be needed for your team members to be able to solely focus on their goals without any distractions - within reason that’s it.

“The art of war, then, is governed by five constant factors, to be taken into account in one’s deliberations, when seeking to determine the conditions obtaining in the field.” 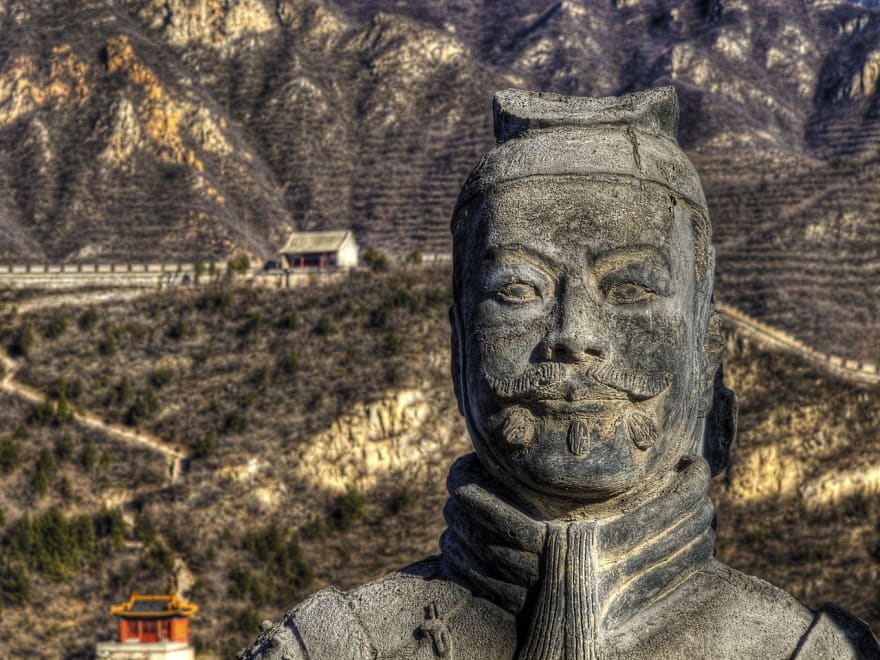 Those five factors are the pillars of good preparation, but keep in mind that it is possible to gather more information before the beginning of the huge operation than covered in those factors. This information or occurrence of other circumstances should result in adjusting our approach to operation accordingly, even independently of adopted rules.

Ok, so - thanks to TAoW - we established that it’s crucial to identify those important pillars and adjust our planning to relying on this identification. This seems easier to say than do. But no worries - there are many, many tools that could be valuable in the process of identifying some of the pillars mentioned above. One of them is creating BPMN diagrams, depicting the processes that will take place in your app and the whole logic beneath. You can think of them as strategic maps, helpful while planning the next move of your army. Those diagrams (or maps) are supposed to help you with setting directions, plan resource management and shell out possible difficulties that may occur on the way of your subordinates to a set goal. You can also pair your BPMN diagrams with mockups of the app, or even use tools like GraphQL Editor (I wrote one post about it some time ago, you can read it here - it's even related to the training project in our company that I mentioned before). With the combined force of those, you can achieve a level of transparency in your project between you, your team members and your client that would be extremely hard to accomplish without those tools. One of your team members isn’t sure how something should work? Ok, here’s a diagram that explains it. Your customer has a hard time to figure out how something should look? Ok, no problem - there's a mockup for it, that we agreed upon earlier. Building diagrams and mockups will help you to predict potential difficulties, the impact of the chosen technology. They will help you choose the right “path” for your project. 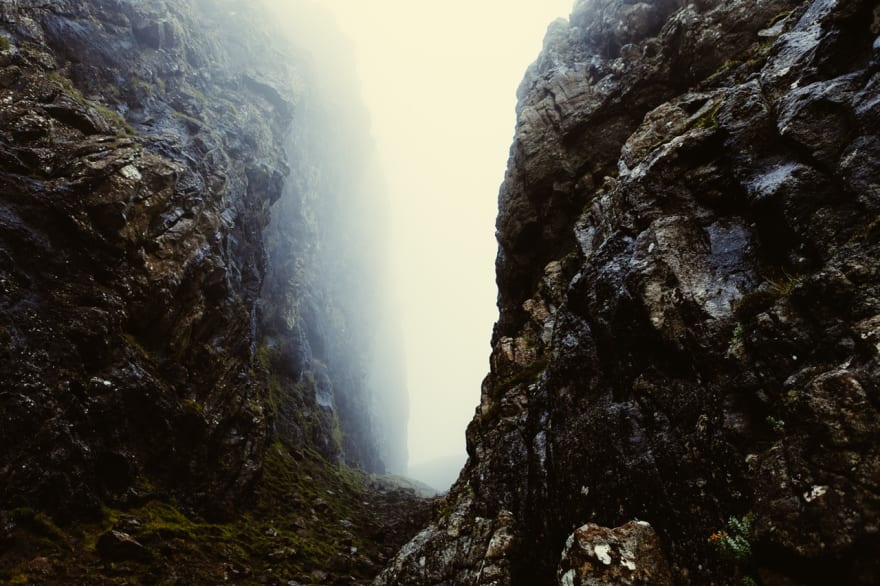 It is pretty simple to compose flow and look of your app using tools like that, and using them could eliminate a lot of major or minor issues that could occur otherwise. This approach will save you a lot of potential stress in the next stages of the project implementation as well. So in this case, with small contribute comes a huge profit. And I mean HUGE.

So, we already talked about defining the five pillars of preparation leading to success and the way to translate those pillars mentioned in a book for our real-life projects. Is there anything more that we could extract from the first chapter of TAoW that could help us be a little more self-aware while starting a new project? I would say “yes”, and that's why: the following parts of TAoW’s first chapter advice identification of the enemy’s weak spots and exploiting them. While we, PMs, are approaching a new project there is no literal “enemy”. But still, we could gain a lot from that advice. Just think about all of the unforeseen circumstances, unexpected problems, lack of funding, lack of time and every other negative aspect of developing a new project that could sneak in, and try to perceive all of this as one - this is our true enemy. He is built from those factors. Our job is to investigate those and fix them (or even better - prevent them from happening), instead of exploiting. Defeating this enemy by good management will allow you to create a state when your team members will be 100% sure what they are doing and why they are doing it. Believe me, once you experience that state you will never want to go back.

How to get started with Hacktoberfest

Once unpublished, this post will become invisible to the public and only accessible to Łukasz Żarski.