Every component in React has it's own lifecycle. But before going in depth to that, 🤔 we should know what exactly is Lifecycle of a React Component, and why do I need to know it?

A Lifecycle is nothing but a sequence of methods that are executed at different stages of the component's existence. Each react component has several "Lifecycle Methods". We need to know these methods so that we can override them when we want to run some code at a particular time in the process.

🌱 Phases of a React Component

There are 4 Phases of a Component: 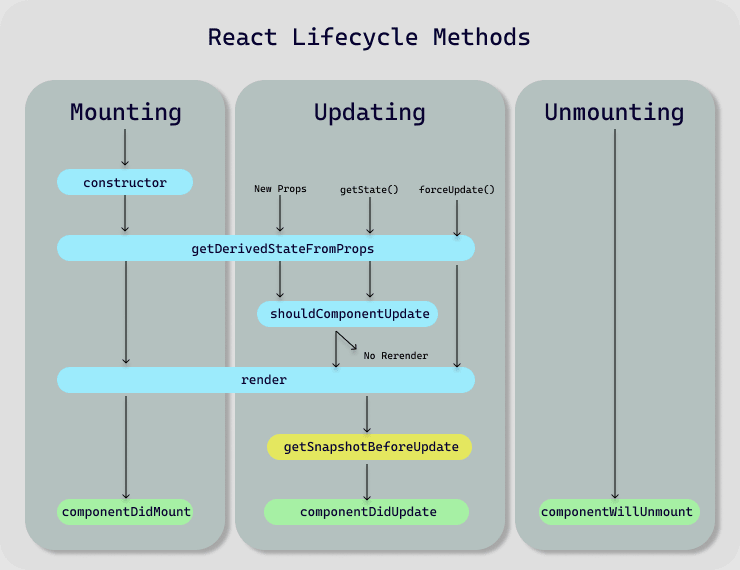 Now that we know the different phases of a React Component, lets now try to understand the different Lifecycle Methods that are invoked during each phase.

The methods in the Mounting Phase are:

Continuing the above code snippet:

Console Output for the above code:

Still With Me here? Hold on a bit

Now, let's see the 2nd Phase of a Component's Lifecycle

Let's see the below code to understand the Updating phase:

Note: Even thoght we saw 5 methods for the updating phase, the most used ones are the render() and componentDidUpdate(), out of which render() is the only method which is mandatory.

So during the lifecycle of any React Component, it goes through different phases, these phases are Mounting, Updating and Unmounting phase. There is another phase called as Error Handling phase which also contains two methods: getDerivedStateFromError() and componentDidCatch().