A group of images is a collection of images being used to convey the same or similar pieces of information.

There are two different approaches to writing alt text for a group of images:

1) For a grouping of images that can be sufficiently described by one sentence: One of the images receives an alt text to describe the entire group, while the others receive an empty alt attribute.

The above image is an example of the first approach explained above. One alt text is sufficient to describe the entire group. So, the alt text on the first star expresses the overall rating that the group visually displays, while the remaining four images receive an empty alt attribute. 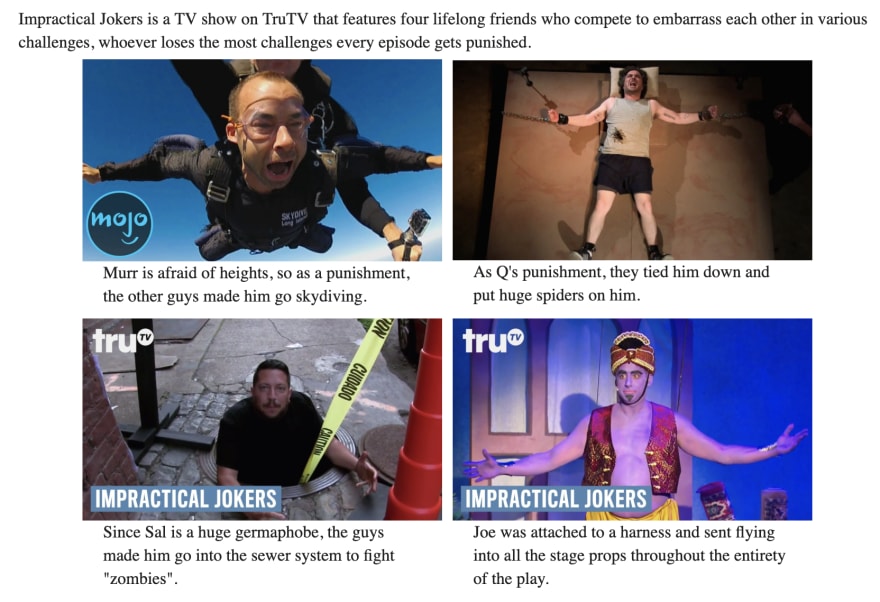 This image is an example of the second approach described above. This four image group

An image being used to add a simple concept or piece of information to the content on the page is considered an informative image. Make your alt text as short and concise as possible and be sure to only include the most relevant information.

The decision of whether an image is a decorative image or an informative image can be a tricky one and is ultimately up to the person authoring the page. It comes down to the reason why the image is being included on the page, the content contained on the page, and what makes the most sense overall.