Today's algorithm is the Angle Between the Hands of a Clock Problem:

Given two numbers, hour and minutes. Return the smaller angle (in degrees) formed between the hour and the minute hand.

Let's say you were given the time 3:00. By looking at a clock, you can see how the smaller angle between the hour and minute hand forms 90 degrees: 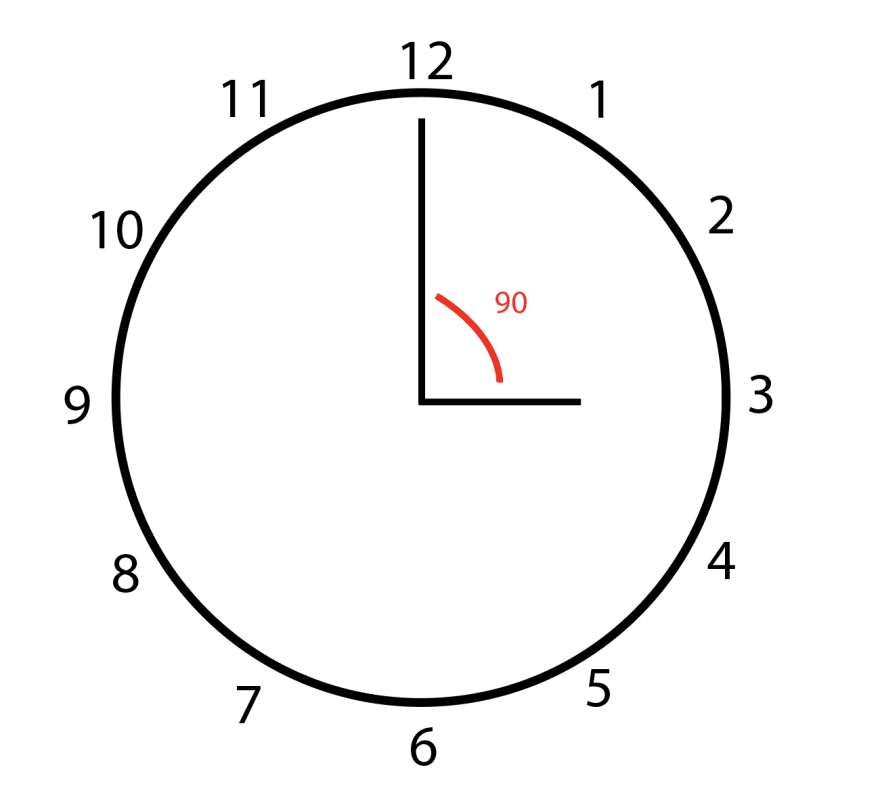 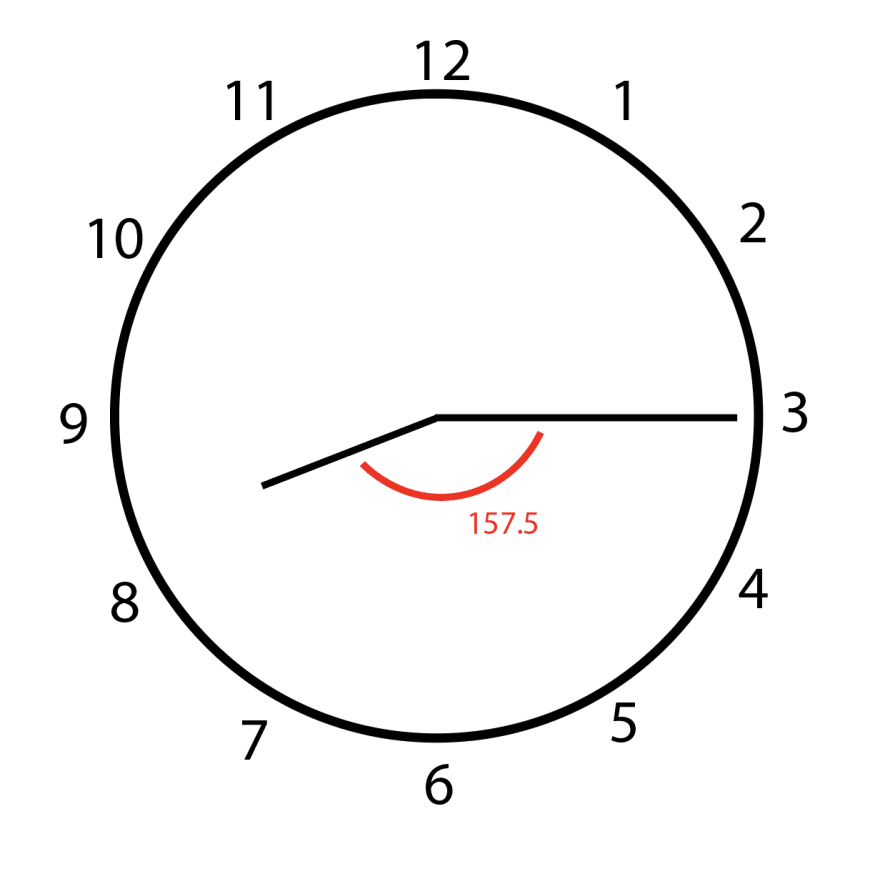 This problem is one of those that is less programming-based and more logic-based. Because of that, in this post I'll spend longer on the "approach" section, and then will go into an explanation for how to code the solution. 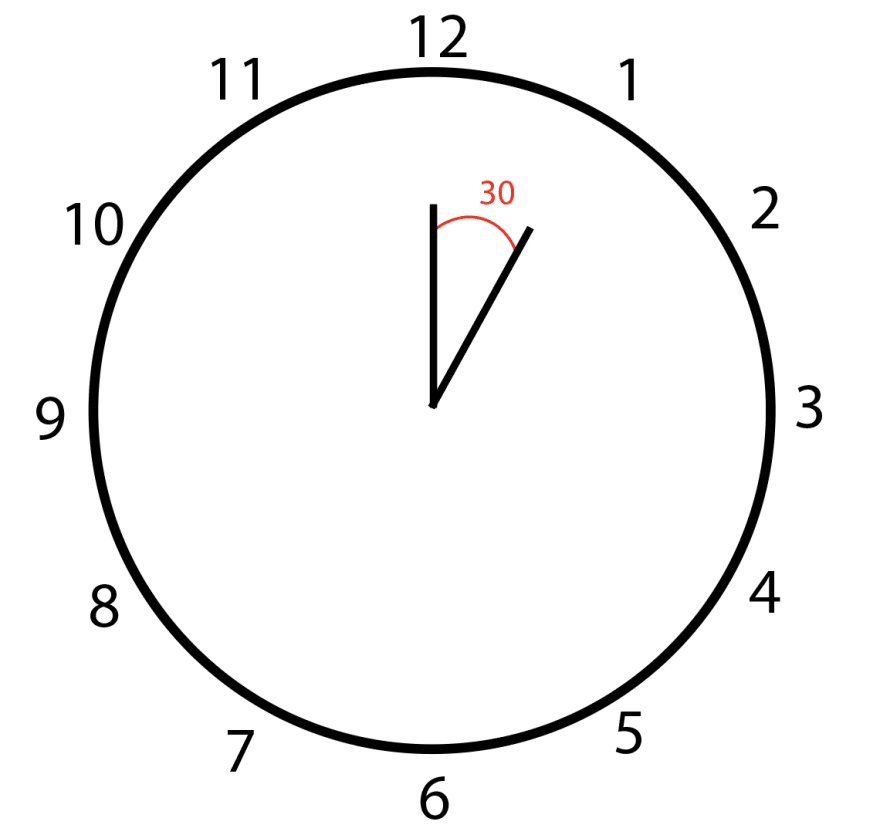 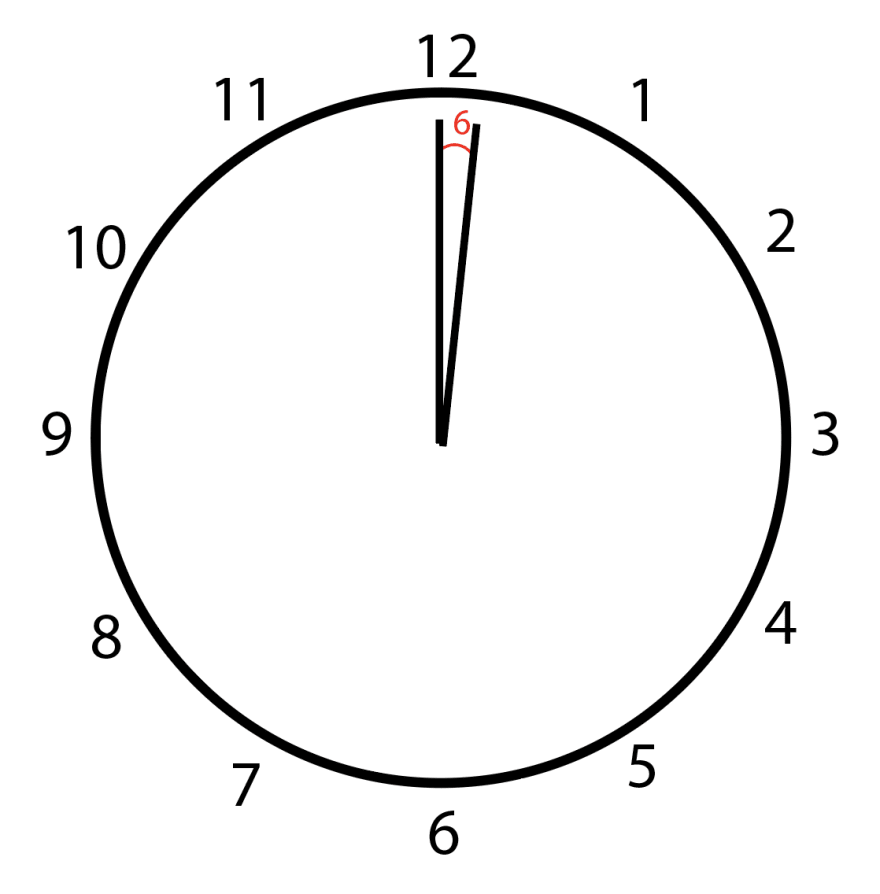 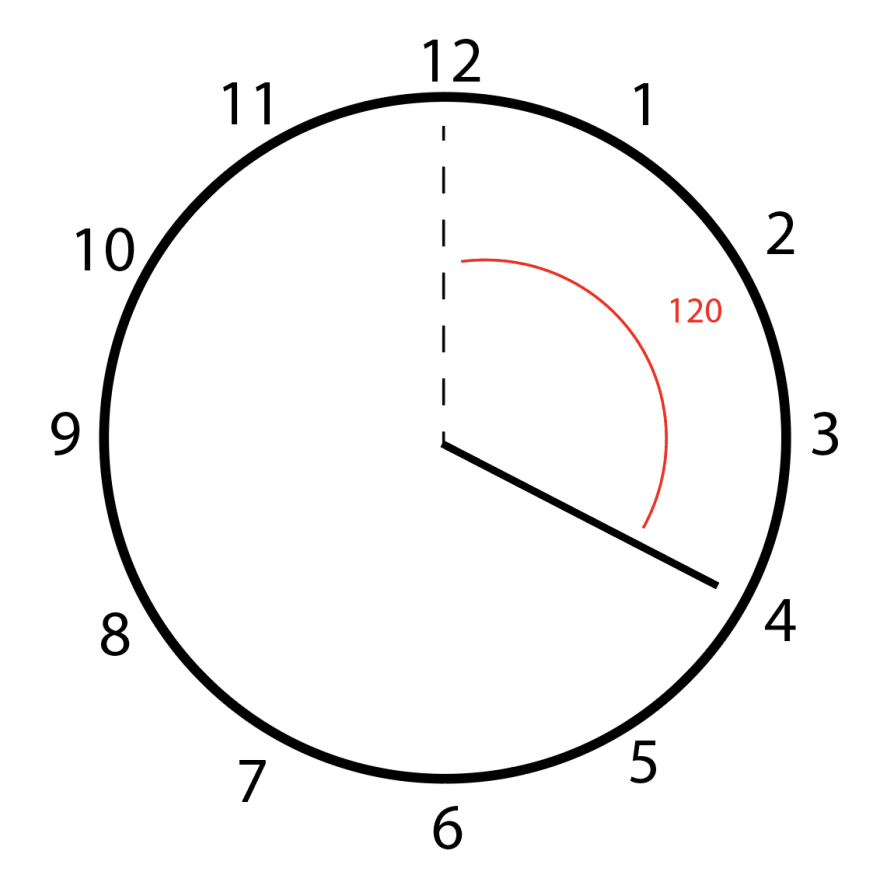 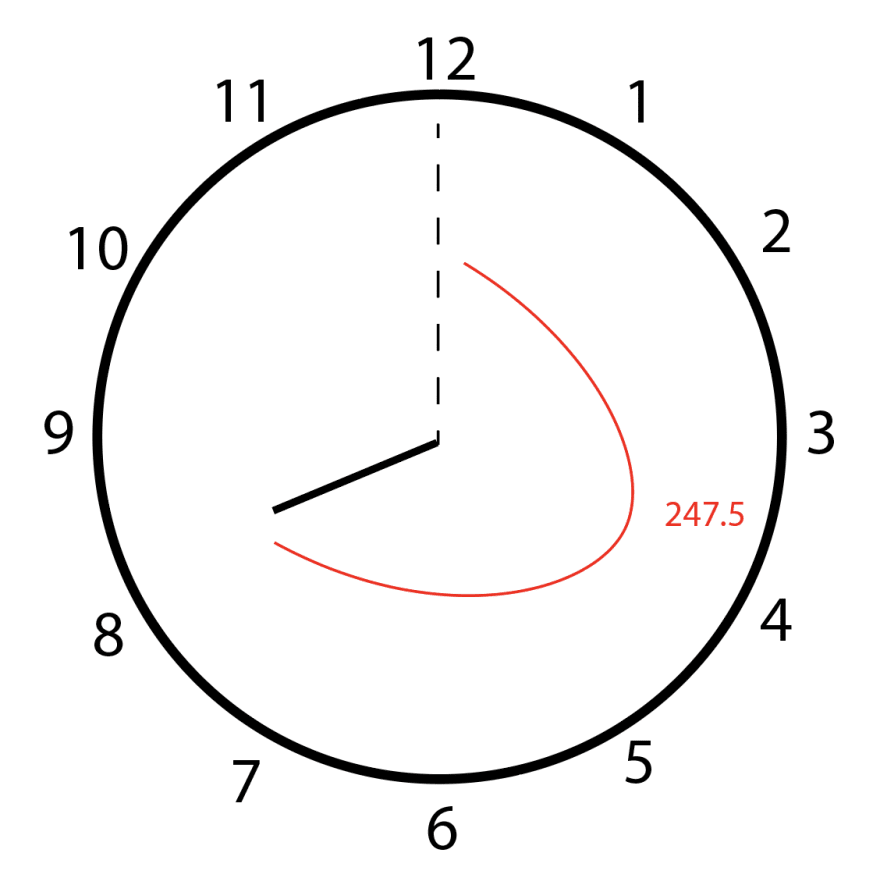 Now we know the angle of the minute hand, and the angle of the hour hand. So, we'll want to find the difference between these numbers. We don't know, however, which hand has the bigger angle. For example, if we were given the time 3:30, our clock would look like this: 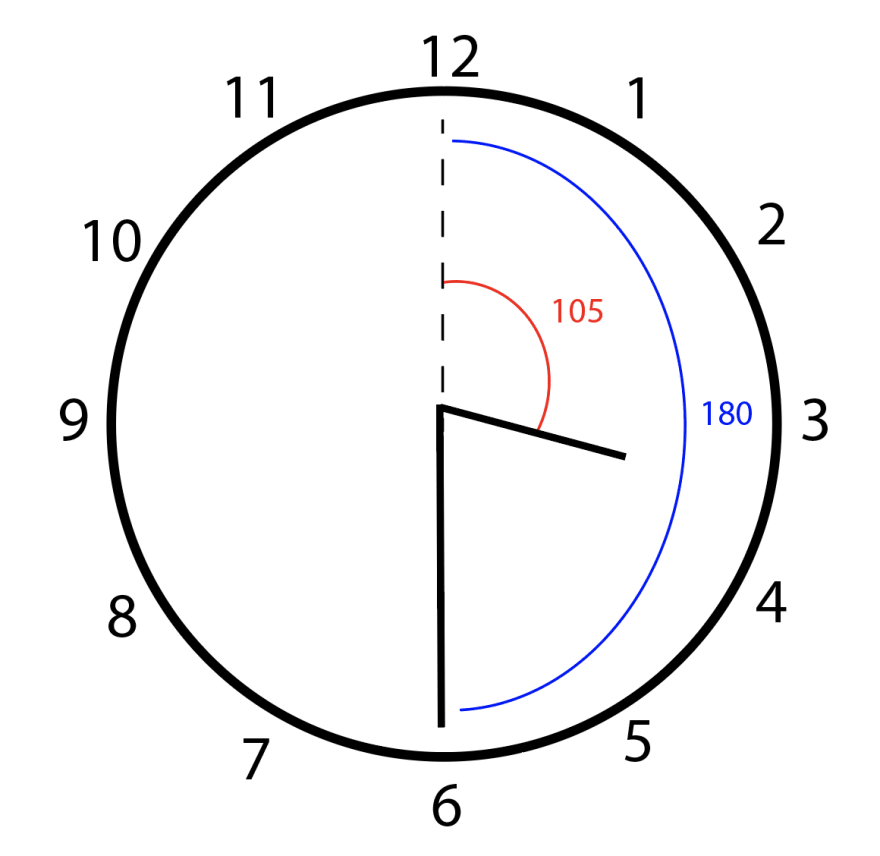 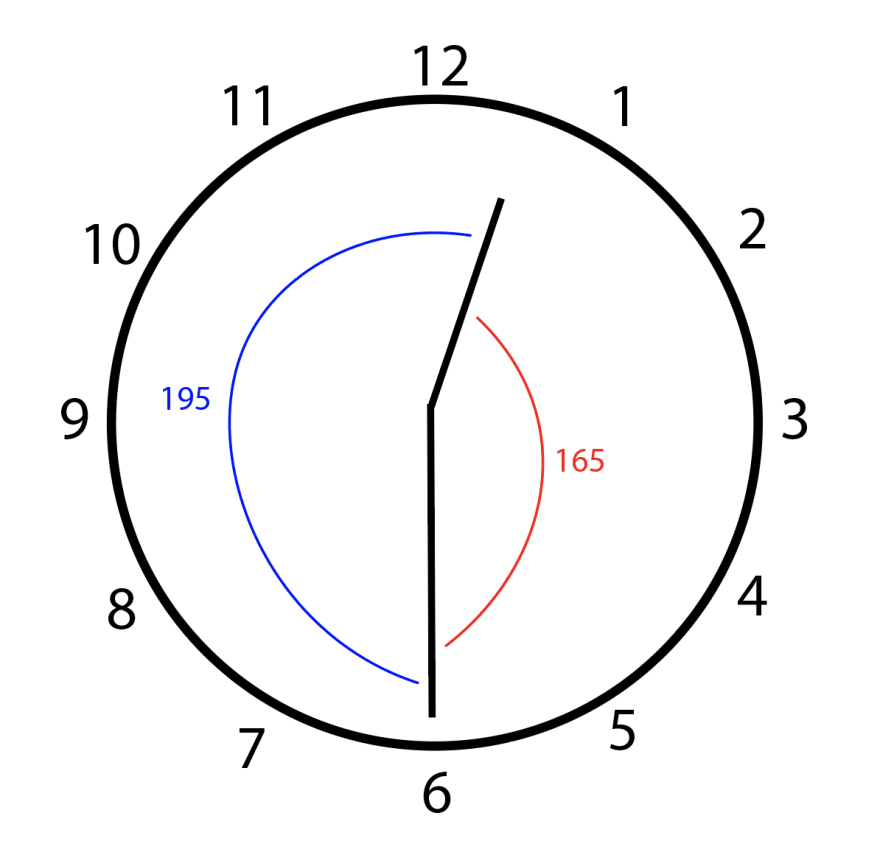 We're ready to code the solution! Now that we've spent so long on the approach, the coding won't take long.

We want to find the angle between the hour and minute hands. We'll initialize a new variable called angle, which will be the difference between hourAngle and minuteAngle. We'll pass this difference into Math.abs(), so that we have the positive version of the answer.

Finally, we want to return either angle, or 360 - angle--whichever is smaller. We can pass these two values into Math.min().

Let me know in the comments if you have any questions or alternate ways of solving this problem!

Once suspended, alisabaj will not be able to comment or publish posts until their suspension is removed.

Once unsuspended, alisabaj will be able to comment and publish posts again.

Once unpublished, all posts by alisabaj will become hidden and only accessible to themselves.

If alisabaj is not suspended, they can still re-publish their posts from their dashboard.

Once unpublished, this post will become invisible to the public and only accessible to Alisa Bajramovic.

Thanks for keeping DEV Community 👩‍💻👨‍💻 safe. Here is what you can do to flag alisabaj:

Unflagging alisabaj will restore default visibility to their posts.