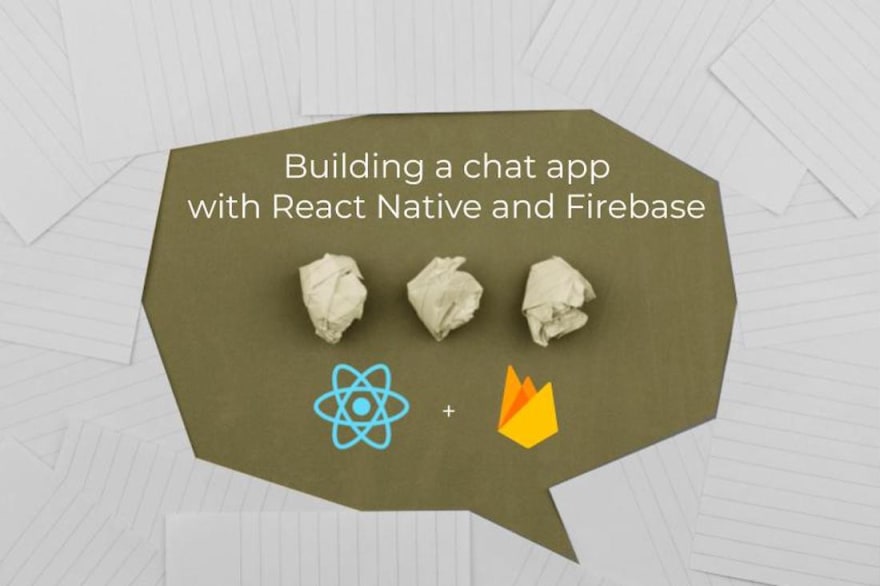 This part is going to be a bit different. Instead of writing code to communicate with any real-time service, we are going to fix a bug by creating a custom hook.

Here is a screen shot of the type of bug I am talking about it. Notice how the status bar remains dark in color on both lighter and darker backgrounds.

Do notice that the status bar looks fine when the background is light in colour. This happens when the modal screen to create a new chat room is displayed. But on rest of the screens, when chat rooms are displayed or inside a chat room, the status bar does not matches well with the coloured background of header on both of these screens.

React Native has a core component in its API called StatusBar that is used to control the app status bar behavior and its styles. However, manually adding StatusBar to each screen is not our goal in this tutorial.

Otherwise, you can follow the instructions from react-navigation library official docs here.

The react-navigation library provides a hook called useFocusEffect that helps to run side-effects when a specific screen is focused. A side effect can be described as fetching data, updating a title, running an event listener and so on. This hooks is similar to useEffect hook from React with the difference being between the two is that side-effects in useFocusEffect run only when a screen component is focused.

Export a custom function called useStatusBar. This function is going to be act as a custom hook that is going to provide a simple way to change the color of the status bar when applied. Pass the style as the only parameter for now. The value of the style is going to be determined on the screen component this hook is used.

It is important to wrap the StatusBar with React.useCallback hook to avoid triggering the side-effect after every render when the screen is focused.

Application of the custom hook

To apply this hook for the first time, open screen/HomeScreen.js file, import the custom hook and apply it as shown below.

Go back to the simulator and you are going to notice the changes now.

It works. If you look closely at the header bar of the Home screen, you are going to see that the status bar has the value of light styles applied. However, this style is also applied to all of the other screens, even on those screens such as AddRoomScreen where a darker status bar would be preferred.

To fix this, you have to explicitly mention the styles of the status bar for each component using the custom hook we created in the previous section.

Now, go back to the simulator and you are going to find everything is in order and works as expected.

Animate the value for smoother transitions

For better transitions between different screens in a stack navigator, you can pass the second parameter to the useStatusBar. This second parameter is going to be called animated. Passing a default value of boolean true is going to help and avoid any explicit mentions. Otherwise you can explicitly pass the value of the parameter as well.

The animation used by the hook itself is going to the default transition of native platform the app is currently being run since the hook useFocusEffect is imported from @react-navigation/native.

Now you can go back to the simulator (the below demo is using iOS simulator) and notice the difference between the previous section and this one.

The purpose of this series is to make yourself familiar with integration process of Firebase in a React Native app and implementing a navigation flow with react-navigation library and how to use components from react-native-paper UI library. This purpose is now complete with this part.

Though I leave you with a small challenge. Implement the logout button in the header bar of the Home screen. Just like you have used the IconButton component from react-native-paper to open a modal screen. Hint, changes are to be done in the HomeStack.js file and we have already written the logout function in AuthProvider.js file.

Here is a little demo showcasing what has to be implement:

Try to do it yourself and try to think other ways you can implement log out functionality in this app. If you feel stuck or want to jump ahead to the the GitHub commit here.

Otherwise, you can find the complete code at this GitHub repo.

👉 Here is a list of resources used in this tutorial:

React Link Social Accounts to the same user, is it possible?