I know many developers out there have started their open source journey with this festival which is promoting open source community. And I congratulate those developers and Digital Ocean as well.

But on the other hand there is this problem which revolves around the free T-Shirt which is given to developer who submits 4 PRs. I actually like the concept. Nevertheless, there are individuals who are not motivated to jump in the open source world but just wants to get the free T-Shirt. And to do so they are ready to stoop to a level where they open completely rubbish PRs.

Hacktoberfest is a corporate-sponsored distributed denial of service attack against the open source maintainer community.

And it lead to a chain of reactions from people around the world. 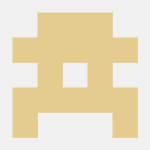 Then there are so many reddit conversations where developers are giving their reactions.

On the positive side, I read this on Hacktoberfest's official site-

Support open source and pick a limited edition T-shirt or plant a tree.

So, What do you think about this? and what solution can you suggest for this situation?

Ankit Beniwal 🙂
Love to jump in at the deep end.
What was your win this week?
#discuss #weeklyretro
Contributing to a Google Open Source Project!
#hacktoberfest #opensource #javascript #github
An amazing note-taking system with Markdown and Git, Part 2
#productivity #programming #learning