This is taken from my new course, Step Up Your JS: A Comprehensive Guide to Intermediate JavaScript. Feel free to check it out there for interactive code playgrounds and practice problems. 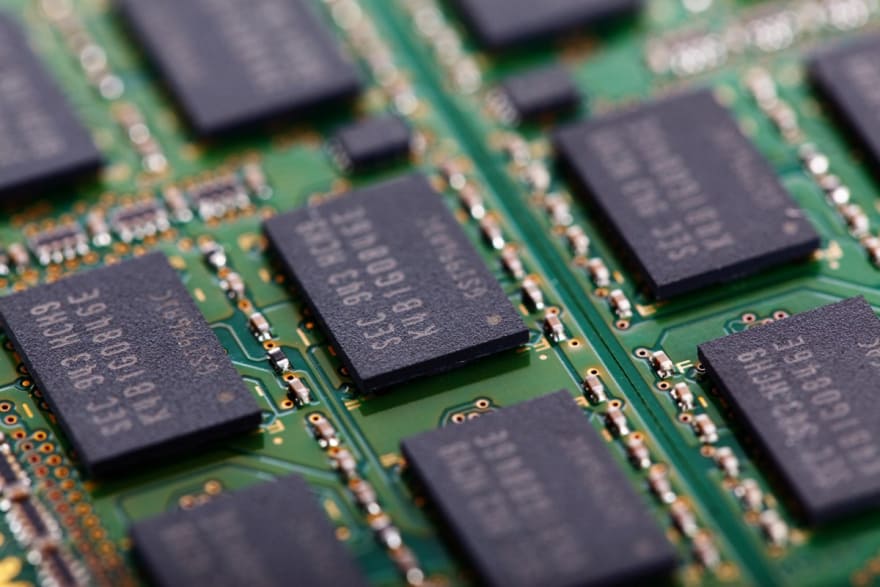 JavaScript has 5 data types that are copied by value: Boolean, null, undefined, String, and Number. We’ll call these primitive types.

JavaScript has 3 data types that are copied by reference: Array, Function, and Object. These are all technically Objects, so we’ll refer to them collectively as Objects.

If a primitive type is assigned to a variable, we can think of that variable as containing the primitive value.

x contains 10. y contains 'abc'. To cement this idea, we’ll maintain an image of what these variables and their respective values look like in memory.

When we assign these variables to other variables using =, we copy the value to the new variable. They are copied by value.

Both a and x now contain 10. Both b and y now contain 'abc'. They’re separate, as the values themselves were copied.

Changing one does not change the other. Think of the variables as having no relationship to each other.

This will feel confusing, but bear with me and read through it. Once you get through it, it’ll seem easy.

Variables that are assigned a non-primitive value are given a reference to that value. That reference points to the object’s location in memory. The variables don’t actually contain the value.

Objects are created at some location in our computer’s memory. When we write arr = [], we’ve created an array in memory. What the variable arr now contains is the address, the location, of that array.

When we assign and use a reference-type variable, what we write and see is:

A representation of lines 1 and 2 above in memory is:

Notice that the value, the address, contained in the variable arr is static. The array in memory is what changes. When we use arr to do something, such as pushing a value, the JavaScript engine goes to the location of arr in memory and works with the information stored there.

When a reference type value, an object, is copied to another variable using =, the address of that value is what’s actually copied over as if it were a primitive. Objects are copied by reference instead of by value. The object itself is unchanged and static. The only thing copied is the reference, the address, of the object.

Each variable now contains a reference to the same array. That means that if we alter reference, refCopy will see those changes:

We’ve pushed 2 into the array in memory. When we use reference and refCopy, we’re pointing to that same array.

When we have a second line:

The address stored in obj changes. The first object is still present in memory, and so is the next object:

When there are no references to an object remaining, as we see for the address #234 above, the JavaScript engine can perform garbage collection. This just means that the programmer has lost all references to the object and can’t use the object anymore, so the engine can safely delete it from memory. In this case, the object { first: 'reference' } is no longer accessible and is available to the engine for garbage collection.

When the equality operators, == and ===, are used on reference-type variables, they check the reference. If the variables contain a reference to the same item, the comparison will result in true.

If they’re distinct objects, even if they contain identical properties, the comparison will result in false.

If we have two distinct objects and want to see if their properties are the same, the easiest way to do so is to turn them both into strings and then compare the strings. When the equality operators are comparing primitives, they simply check if the values are the same.

Note that using JSON.stringify will cause problems if some of the properties are functions or undefined as it skips those values. A safer option would be to recursively loop through the objects and make sure each of the properties is the same.

When we pass primitive values into a function, the function copies the values into its parameters. It’s effectively the same as using =.

In the example above, we give hundred the value 100. When we pass it into multiply, the variable x gets that value, 100. The value is copied over as if we used an = assignment. Again, the value of hundred is not affected. Here is a snapshot of what the memory looks like right at the // PAUSE comment line in multiply.

We refer to functions that don’t affect anything in the outside scope as pure functions. As long as a function only takes primitive values as parameters and doesn’t use any variables in its surrounding scope, it is automatically pure, as it can’t affect anything in the outside scope. All variables created inside are garbage-collected as soon as the function returns.

A function that takes in an Object, however, can mutate the state of its surrounding scope. If a function takes in an array reference and alters the array that it points to, perhaps by pushing to it, variables in the surrounding scope that reference that array see that change. After the function returns, the changes it makes persist in the outer scope. This can cause undesired side effects that can be difficult to track down.

Many native array functions, including Array.map and Array.filter, are therefore written as pure functions. They take in an array reference and internally, they copy the array and work with the copy instead of the original. This makes it so the original is untouched, the outer scope is unaffected, and we’re returned a reference to a brand new array.

Let’s go into an example of a pure vs. impure function.

This impure function takes in an object and changes the property age on that object to be 25. Because it acts on the reference it was given, it directly changes the object alex. Note that when it returns the person object, it is returning the exact same object that was passed in. alex and alexChanged contain the same reference. It’s redundant to return the person variable and to store that reference in a new variable.

Let’s look at a pure function.

In this function, we use JSON.stringify to transform the object we’re passed into a string, and then parse it back into an object with JSON.parse. By performing this transformation and storing the result in a new variable, we’ve created a new object. The new object has the same properties as the original but it is a distinctly separate object in memory.

When we change the age property on this new object, the original is unaffected. This function is now pure. It can’t affect any object outside its own scope, not even the object that was passed in. The new object needs to be returned and stored in a new variable or else it gets garbage collected once the function completes, as the object is no longer in scope.

Value vs. reference is a concept often tested in coding interviews. Try to figure out for yourself what’s logged here.

The function first changes the property age on the original object it was passed in. It then reassigns the variable to a brand new object and returns that object. Here’s what the two objects are logged out.

Remember that assignment through function parameters is essentially the same as an assignment with =. The variable person in the function contains a reference to the personObj1 object, so it initially acts directly on that object. Once we reassign person to a new object, it stops affecting the original.

An equivalent piece of code to the above block would be:

If you enjoyed this, please hit the heart so that it reaches more people.

Again, for interactive code samples, feel free to read this article for free through my course. There are other free articles available to read.

Step Up Your JS: A Comprehensive Guide to Intermediate JavaScript

Dear Web Devs, Please Use Anchors Instead of Divs for Buttons