Creating a project from scratch is easy but shipping features after some time become very difficult and that comes with a cost of delays, bugs and eventually a broken product. 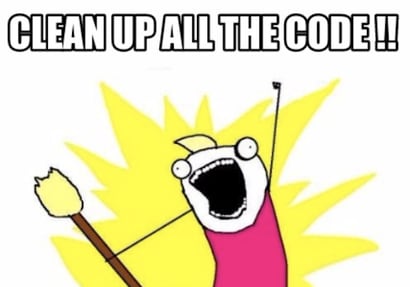 Wow, this looks like a great tip, but how to make code readable especially when it already became a big ball of mud and every change is getting disastrous day by day. While working on a React.Js applications, we went with these strategies and principles:

"Of course bad code can be cleaned up. But it's very expensive." - Robert C. Martin

1. Linting and Prettification
The perfectly indented file is the first step of code readability. We added eslint rules and extended airbnb configuration with some relaxation like 'import/prefer-default-export' because it makes difficult to rename function at all places. We also tweaked arrow-body-style, so that we can add breakpoints and debug the function if needed. And other minor changes like react/jsx-filename-extension

Importing functions, constants, components, is an integral part of building a JavaScript Application. But what in case of a deeply nested directory structure? We end up with writing import {getUser} from &../../../store/users/action. To get rid of this, we configured our create-react-app setup by specifying NODE\_PATH=src and we became free from dot/slash clutter and this was another little step.

3. Decoupling React components (Separation of Concerns)
Passing props to deep levels in React application becomes a bottleneck after 2-3 levels. We decoupled such props ladder and refactored components in a way so that they could be rendered with zero or minor dependency (with the help of redux). We also added Error Boundaries so that any failure doesn't propagate till the highest level.

Creating reusable components was a key thing in improving readability. We developed Modals, a theme for the app, Cards, Error Components, and other basic building blocks. And reused to maintain consistency and writing less code. We also focused on reusing code blocks at a granular level like filtering an array, transforming some API response, etc.

Adding props validation gave us a great advantage about the required, not required, string type, boolean type props. It gave us the flexibility to reuse easily and move components from one file to another for refactoring lengthy files.

7. Config at a Single Source
While engineering a product, we often get a requirement to drive the features based on different configurations. We kept it at the highest level and all the features were referenced by that singleton object. We also added the transformation to change the data modeling to ensure ease of access to the nested properties of a config data Object.

8. Functional approach (Single Responsibility Principle)
Testing is the only way to maintain the readability of code through out the journey. But unit testing requires major shift in the way we think and write code. It becomes very easy if we have pure functions in our code and follow the principles of immutability that prevents unwanted side effects. Functional approach is a value-oriented programming paradigm. We can use small pure functions that follow the Single Responsibility Principle (SRP) and do only one thing at a time. We can use multiple such pure functions to get the required result. 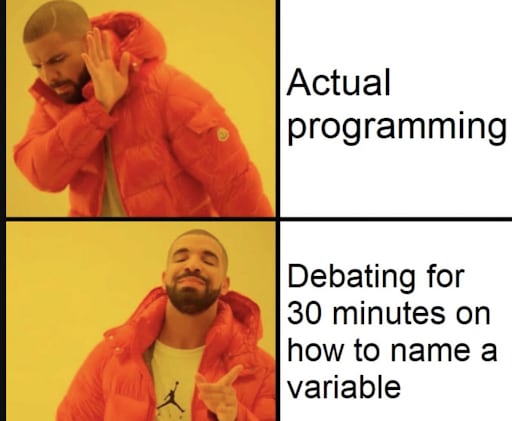 Naming variable and function is the most underrated this I realized, We must spend enough time on deciding the names and there should not be any room for ambiguity. Comments are just an excuse for writing bad code. Writing them can never be a good practice as it becomes a liability to update comments on future code changes and consequently. However, In the case of complex business logic, it is justified to write comments. But our focus must be on writing clear, expressive and obvious code.

10. Enforcing rules so that code gets cleaner by every change

After doing these major changes in codebase we put checks in our CI pipeline and integrated Jest using Enzyme to improve unit test coverage. We also integrated cypress for integration testing. We are having eslint, cypress, jest stages in our pipeline. Every change in codebase must ensure the success of these 3 stages.

We are sure and confident in delivering features faster than ever without breaking anything. And yes, Now we don't say "It works" frequently. We will continue to make codebase cleaner than ever day by day. All the refactoring in our product is inspired by the book ' Clean Code by Robert C. Martin'.
And here I conclude with this quote

"Clean code always looks like it was written by someone who cares. - Robert C. Martin"

Hence, refactor your code and show care towards your product and show some ❤️. please!

Understanding Buttons and Links from Zero

Ashish Surana
I have 3+ years of experience in Product Engineering. The challenges of scaling and improving UI is my motivation for learning new things. I’m dedicated to focus on UX and writing clean, modular code.
Refactoring Redux - A clever way
#redux #react #javascript #codequality

Once suspended, ashishsurana will not be able to comment or publish posts until their suspension is removed.

Once unsuspended, ashishsurana will be able to comment and publish posts again.

Once unpublished, all posts by ashishsurana will become hidden and only accessible to themselves.

If ashishsurana is not suspended, they can still re-publish their posts from their dashboard.

Once unpublished, this post will become invisible to the public and only accessible to Ashish Surana.

Thanks for keeping DEV Community 👩‍💻👨‍💻 safe. Here is what you can do to flag ashishsurana:

Unflagging ashishsurana will restore default visibility to their posts.