Charles Duhigg's The Power of Habit is an awesome book that gets into the science of decision-making and forming habits. My favorite takeaway from the book is that habits are things we end up doing automatically, meaning we don't even have to use as much energy to think about doing them.

If you're like me, you think waaay too much.

Thinking isn't inherently a bad thing. People tend to associate overthinking with being emotional, and that's fine. There's nothing wrong with being an emotional person. Accept it; run with it. :)

But there a lot of things we tend to overthink that can be easily simplified. For example, some people wear the same jeans and shirts every day so they don't have to think about what to wear. Some eat the same breakfast, drive the same commute, or walk their dogs on the same path. I get bored with super rigid routines, so it takes practice finding what works.

Where does minimalism come into creating habits? Well, think of the first example: wearing the same outfit every day. That requires minimizing your closet and getting rid of all your clothing that doesn't align with that outfit. I like to see minimalism as a tool in addition to a lifestyle. Usually, it helps me set myself up for even bigger forward steps.

Think of it as clearing mental space for doing what's most important. If you need some help getting started, I recommend cleaning out your email subscriptions. I've been needing to do this for weeks and I'll probably avoid checking my inbox as often as I should until it's done. 🙈 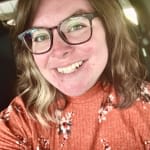 Throw All of your Email Subscriptions in the Garbage

What habits are you working on or wanting to get started? Where could spend time minimizing things to make room for the habits you want to create?

If you want to get notified when I publish new blog posts or make major project announcements, head over to https://ashleemboyer.com/newsletter.

How to be better at new feature planning?

How to Reduce Time Spent on Refactoring? 3 Tips✅✅✅

Once suspended, ashleemboyer will not be able to comment or publish posts until their suspension is removed.

Once unsuspended, ashleemboyer will be able to comment and publish posts again.

Once unpublished, all posts by ashleemboyer will become hidden and only accessible to themselves.

If ashleemboyer is not suspended, they can still re-publish their posts from their dashboard.