I am sure most of you guys have already heard about Cypress as it’s becoming one of the most popular E2E testing tools in the industry and more and more companies are using Cypress to do their end-to-end testing with it.

Now, if you are not familiar with how Cypress works and how to write tests in Cypress, then make sure to check out this Cypress Testing Tutorial Series for Beginners as it will cover everything you need to get started with Cypress.io.

Cypress is a JavaScript All-in-one end-to-end testing framework. So what does that mean? Unlike many other frameworks, Cypress comes with all the features in-built for you to start doing browser automation.

So basically you need to just run one command to install Cypress and once that is installed you will have access to a testing framework, assertion library as well as mocking and stubbing included.

As you can see in the picture above, before Cypress you had to choose which framework to use from the popular ones like Mocha, Jasmine, Karma, etc… and as well pick the assertion library such as chai or expect. Then, you need to install Selenium and choose a wrapper on top of selenium such as protractor, webdriver, and then also had to install additional libraries for mocking and stubbing.

But then Cypress came and said don’t worry about all of that, I will give you all the tools you need for you to start writing your tests right away.

What tools does Cypress use?

So Cypress relies on these popular open-source testing libraries to ensure you get a stable and familiar experience when working with Cypress. Now, if you have dabbled in the JS testing world before you are probably familiar with these libraries.

Other than these, Cypress also uses other popular libraries such as jquery, chai-jquery, sinon-chai, and a few more that you can find in the Cypress docs

So you have been hearing all the buzz around Cypress, well let’s go over and understand what is actually so different about it and why everyone loves it so much. 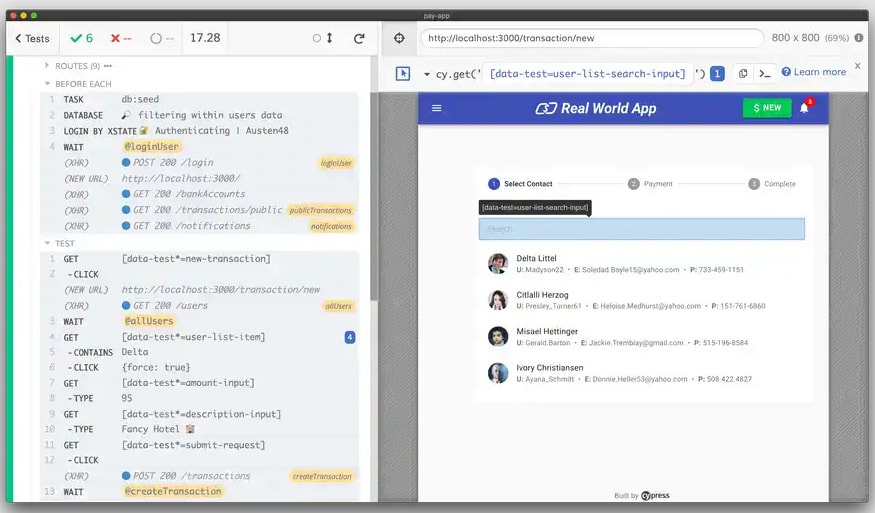 Just like everything, there are some tradeoffs when using Cypress and it's important for you to know before you start using it.

Alright, I hope now you understand what Cypress is as well as some of the advantages and tradeoffs of using Cypress. Now whether you decide to use Cypress at your workplace or not, I would still recommend for you guys to check out this series just to see how easy it is to get started with Cypress and the way it changes the entire testing experience.

What we will be covering in this tutorial series?

So there you go we have quite a bit that we will be covering in this series and by the end of this series, you will have a solid understanding of Cypress.io.

You can also check out my other tutorial series here –

Once suspended, automationbro will not be able to comment or publish posts until their suspension is removed.

Once unsuspended, automationbro will be able to comment and publish posts again.

Once unpublished, all posts by automationbro will become hidden and only accessible to themselves.

If automationbro is not suspended, they can still re-publish their posts from their dashboard.