AWS SDK for JavaScript v3 is an upgraded version of v2 with features which will have you wanting to get started with JS SDK v3. But coming from SDK v2 experience, it makes it hard for migrating to JS SDK v3 as you need to get into the "v3 mindset".

The AWS SDK for JavaScript, version 3 (v3) is now generally available and includes many frequently requested features, such as a new middleware stack and a first-class TypeScript support. ... aws.amazon.com/about-aws/what…

This blog post gives you a sense of how the pros of v3 helps you to develop better applications and also some cons I personally faced when switching from v2 to v3 thus helping you build up the "v3 mindset".

Middleware stack lets you define your own middleware between your application and cloud. The middleware can be used for various use-cases such as serializing the response, sanitizing the input/response, adding certain AWS Resource tags. These use-case can be custom built by your application itself.

This example from AWS Blogs shows how middleware for S3 putObject could be used to add custom headers for your HTTP requests via SDK.

This could help you in terms of security where your bucket policy, can allow putObject only when it has a specific header.

Similarly, you can have series of middleware business logic which can help you build a Middleware stack.

TypeScript has become popular in-terms of the adoption and development preference as it is an extension of JavaScript with static type definitions so makes it easier for developers to handle various types. AWS JS SDK v3 is built on TypeScript which makes it for developers to go though the well-documented code and also understand the specific datatype which is required by the SDK.

The complete SDK adapts modular architecture i.e. unlike JS SDK v2 which is published as one single package on Node Package Manager (NPM), SDK v3 uses dedicated packages for each service which can be imported from the same parent @aws-sdk package.
In v2 SDK, if you have to initialize DynamoDB client (DocumentClient) you would have to import aws-sdk package and then use DynamoDB class and create an object.

Even with v2, you can import DynamoDB alone and initialize the object.

But with v3 SDK, you can directly import DynamoDB client from @aws-sdk and import the needed operation command.

The modular architecture has segregated high-level commands and low-level commands so if you would like to marshall or unmarshall the DynamoDB item which is sent as input or received as response, this would have to be imported from util-dynamodb package.

The size after installation

The size after installation of the SDK has reduced significantly. 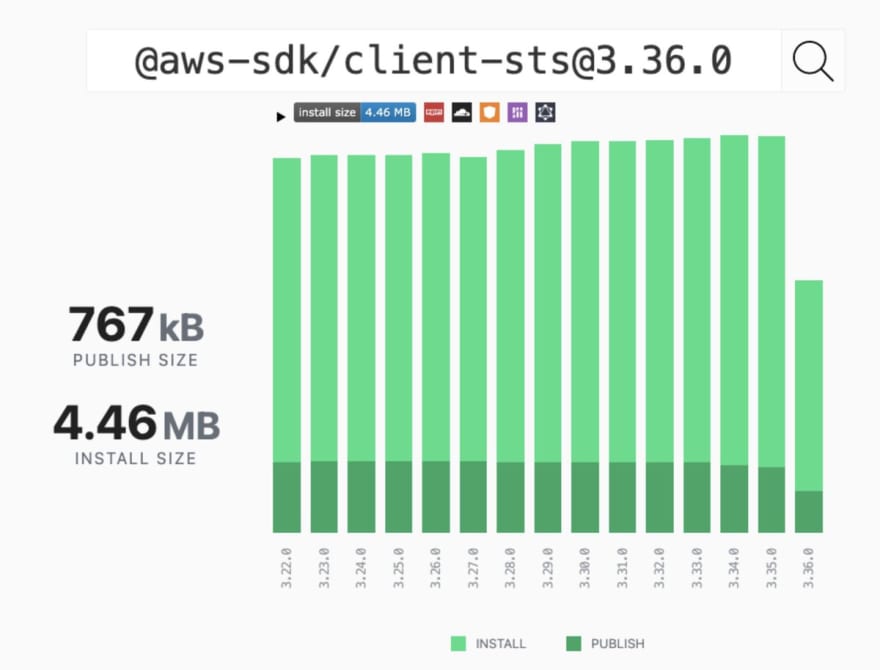 The AWS SDK for JavaScript team has reduced both the install and publish size of our modular packages by ~35% in v3.36.0 🎉

Also, the blog post How we halved the publish size of modular AWS SDK for JavaScript clients explains in detail.

Mocking library aws-sdk-client-mock which is used for unit tests can be used with any JS unit testing frameworks.
Example from AWS blog Mocking modular AWS SDK for JavaScript (v3) in Unit Tests

This mock unit testing checks and validates with the user names and user IDs. If the strict match/equal is not found, the unit test fails.

SDK v3 has provided fantastic developer features but the volume of coding and writing long procedures has made it "a little overhead in terms of adaption", as you need to import multiple packages and the process of invoking SDK APIs is -

If you are leveraging Middleware stack, the middleware stack definition is additional procedures which developers would have to be careful.

The The size after installation because of modular architecture has in-fact reduced the size of final installed package. But currently AWS Lambda functions come with v2 SDK (pre-installed and available) if you would wish to use v3 SDK, you would have to import it and create a layer. Since your layer is the common set of packages used across multiple Lambda functions, you would have to install all your dependent client SDKs i.e. if you have a Lambda function which operates on DynamoDB, publishes to SNS, posts to SQS queue, uses SSM, operates on Cognito's functionalities then you would need to install all these packages (both high-level and low-level) which would enlarge your layer. The other way would be imported needed SDK clients for your Lambda function would would eventual increase your application's dependency size i.e. one Lambda function which is doing DynamoDB operation is installed with DynamoDB client, another Lambda which is publishing to SNS with it's client SDK but there would be SDK's dependent packages redundantly installed across multiple Lambda functions. 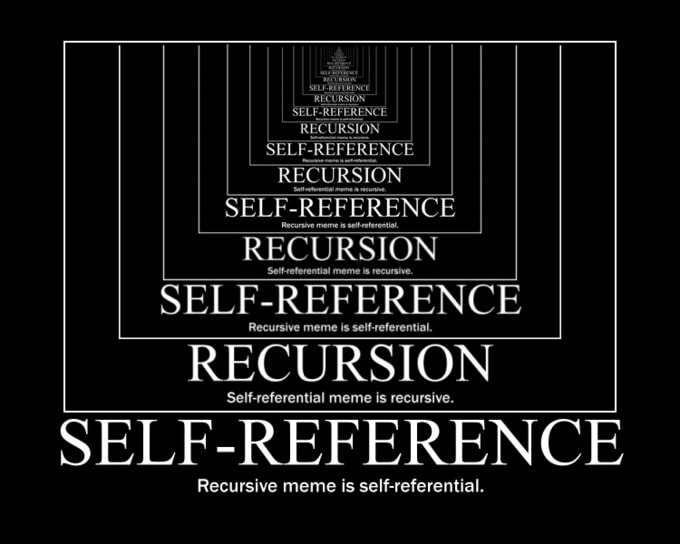 But once we have the Lambda functions natively supporting SDK v3, it would be lighter in size. 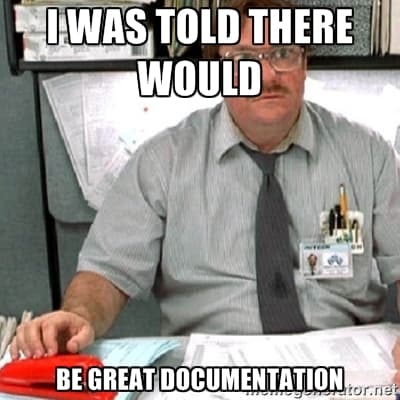 Resources to get started with SDK v3

How to deploy your NestJS apps on Vercel

Once unpublished, this post will become invisible to the public and only accessible to Jones Zachariah Noel.