The first thing that made me attracted to computers 🖥️ was 8-bit video games.
My father has presented me an Atari 800 XL in 1990, I do not remember exactly how I felt at first, but before I knew it, I was sitting holding the joystick 🕹️ and pressing that orange button trying to hit the space invaders 📺 !
Then, after a month or so, Samuel - my father - asked me to join him in writing a small program using Basic language. Naturally, I didn't understand a word, but I followed him and somehow this seemed like a mission to do something important and that I was asked by the big guy to do it. I felt so important 😀 ! 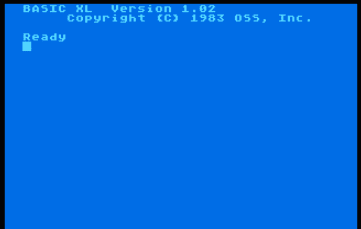 I wrote several programs using that silver book, and the result was a bouncing circle, a flower or a sun and I was very happy, I couldn't believe that I wrote some lines and created something on the TV screen - it felt kinda magical!

Years later, 25 years later to be precise, I discovered Python programming language and one of the first modules that I loved in Python was the "🐢 turtle module" , and if you have Python installed with a proper IDE, trying to hover over turtle module, this is what you will get :

(module) turtle
Turtle graphics is a popular way for introducing programming to kids. It was part of the original Logo programming language developed by Wally Feurzig and Seymour Papert in 1966.

By combining together these and similar commands, intricate shapes and pictures can easily be drawn.

Then I started to look up codes on the internet on how to recreate the classical games that I was playing when I was 7 or 8 y.o on Atari, like Pong , Missile Command, Space Invaders, Pacman, Donkey Kong, and many more like Outlaw, basketball, Spy Hunter, Zorro..etc , and the first four were on cartridges, the rest were on cassettes [ I did not own a Disk Drive, but a gray cassette recorder where the game can load for half an hour, and very often it crashes before the end of the loading time 😭!!

My programming journey started because I loved these 8-bit video games on Atari and got intrigued and curious on how to create such games, I had to understand that computers are really dumb and they only do what you asked them to do; I had to learn everything about hardware and software - at the time - so when I will sit and start coding a game, I can imagine how the hardware is receiving my instructions in the form of 0s and 1s then give me what I want to see on the screen.

Hacking BeReal - A practical lesson on “Man in the Middle” attacks

Once suspended, bekbrace will not be able to comment or publish posts until their suspension is removed.

Once unsuspended, bekbrace will be able to comment and publish posts again.

Once unpublished, all posts by bekbrace will become hidden and only accessible to themselves.

If bekbrace is not suspended, they can still re-publish their posts from their dashboard.

Once unpublished, this post will become invisible to the public and only accessible to Bek Brace.

Thanks for keeping DEV Community safe. Here is what you can do to flag bekbrace:

Unflagging bekbrace will restore default visibility to their posts.