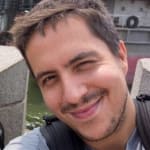 Is there an article about the creation of dev.to?

I'm not exactly a linear thinker, so it's hard for me to boil subjects like this down into a concise format. That's why I haven't written as much on this topic.

But in place of the perfect article that properly tells the narrative, here is a total brain dump. You can stop reading now if you don't want a non-typo-checked list of random thoughts in random orders. Also, this mostly addresses the time period when it really was just me. That is no longer the case. I have a couple great co-founders and we have an awesome little team.

Well that was my brain dump 🧠💩

Here's a much more concise post with some advice based on what has worked:

Ben's Five Keys to Creating a Successful Side Project

In the upcoming year or so we plan to grow and really follow through on things that we think we could be great at, but are still just ideas.

Results from the Superface API Survey

How add a description comment to useState, to be visible in intellisense?

What are the Best Programming Languages to Get a Software Developer Job? (Video)